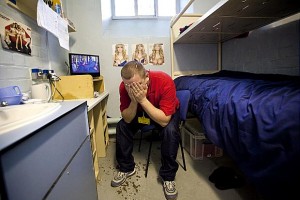 This article is 15 months old. I can track how far I have come in 15 months… And can celebrate… it’s new freedom day for me…

Intelligence is a state where you can see the sameness, where you see that life has no boundaries.

But most importantly, you live as if you were an island.

All your fears are a result of living as if you were threatened, the “I”.

You don’t want your carefully preserved separateness upset, and you know that the work I ask you to do will. Why? because you are NOT intelligent.

I started using Tai Lopez 67 step program as the structure of my coaching… there is nothing to learn, but a lot to unlearn.

But of course, you can only unlearn when you see that what you “know”, or what you consider “good” is really bad for you.

Surprisingly Tai’s main tenet (principle or statement), that you need mentors, has been the richest source of insights for me, into the nature of not intelligent human life.

What being mentored does, whether the mentor knows it or not, is make your boundary somewhat permeable…

Imagine a cell that has to live out its life without any nourishment from the outside… it’s a short living cell, that has to get smaller and smaller to make do with what it has.

Even just the idea that you need nourishment upsets you… or more often, you hear it skewed.

I am reading up on Joel Wallach, a veterinarian, naturopath physician genius.

He has been giving 300 lectures a year for about 30 years… and the world hasn’t changed a bit.

He, through being educated and “disrespecting” boundaries between species, discovered that most if not all natural deaths are caused by nutritional deficiencies. In fact the diseases we die from are not genetic, but nutritional in nature.

I see that Joel Wallach and I are cut out of the same cloth… that we are like the “prophets” of our days… not heard.

It’s not just you, it’s “human”… and now I actually use “human” as a pejorative word.

Stuck. Locked in, locked out.

I was born preemie to a mother who didn’t have nutrients available in the after-war poverty of Hungary. I was born tiny, and with lots of issues. And as it turns out, with dyslexia.

I was also, probably born with gluten intolerance, and some other intolerances… but if I didn’t have them then, I developed them later. 1

Result of all those intolerances is that I don’t absorb the nutrients in the food too well.

I read thousands of books before I turned 34, but only two books pierced my cluelessness: Brave New World, and a book on Empathy.

Participating in Landmark Education introduced me to the concepts of “distinction” a new way to look and see and penetrate the invisible realm. Invisible to me, and often invisible to all.

And then in 1994 I happened on an audio cassette, “Dead Doctors Don’t Lie” which helped me to see that all my problems were nutritional deficiency based.

But arrogance kicked in, and I didn’t buy into the idea, that I need the 90 essential nutrients day in and day out…

So, although I got well enough to be productive, and look alive, I never got well.

I had a permeable “cell” wall (prison cell?) but I heard what I heard… I blocked the flow.

It’s interesting to observe the same on my students: they hear what they hear… not what is being said. They pick and choose… like I did.

Humility, curiosity and generosity only make sense, when you can see the big picture.

But what sees the big picture is consciousness, which is the source of your intelligence.

Now, after I blasted you… let’s look if I can help you integrate yourself into Life… instead of continuing living in a tiny prison cell… yes, even Bill Gates, and other smart people live in a small prison… but that is for another article.

So I know if these methods I am going to suggest are going to work? No, I don’t know. I think so, but we shall see…

Step 1: My horoscope I received in my inbox today, offers some clues:

“If literally every action a human can perform were an Olympic sport,” Reddit.com asked its users, “which events would you win medals in?” A man named Hajimotto said his champion-level skill was daydreaming. “I can zone out and fantasize for hours at a time,” he testified. “This is helpful when I am waiting in line.” You Virgos are not typically Olympic-class daydreamers, but I encourage you to increase your skills in the coming weeks. It’ll be a favorable time for your imagination to run wild and free. How exuberantly can you fantasize? Find out!

I bet you have noticed, that you have only a few building blocks for daydreaming… the amount of stuff you can daydream about shows the size of your cell… Your job is to get more building blocks… as a spiritual practice. Increase the raw material you can work with…

Step 2: (also from Rob Brezsny): your job is to enlarge the number of advisors and mentors by a lot… to include people whose ideas you will use as a catalyst, instead of using them like the truth. (This is exactly my relationship to nearly every person I learn from… using what they say as catalysts, not like the truth)

Some readers became enraged when I quoted William S. Burroughs and Carlos Castaneda. “Terrible men!” they said. Other readers were miffed because I quoted the evangelical pastor Rick Warren in a horoscope.

Here’s how I respond to these grumbles: If I refused to learn from people unless I agreed with everything they had ever said and done, I would never learn from anyone.

Furthermore, I don’t necessarily agree with every nuance of every quote I cite. They may teach me, rile me up, and provoke me to think, but that doesn’t mean I endorse them 100 percent. What’s more likely is that I question some aspect of their thought.

What about you? Have you set up your life so that everyone is either on or off your good list? If so, consider the possibility of cultivating a capacity to derive insight from people who aren’t perfect. Have fun learning from people you partially agree with and partially disagree with.

Here are examples of some of the other people from whom I have drawn important teachings and inspiration despite their sins:

Gertrude Stein thought she was as important a writer as Shakespeare and Homer.

Dr. Seuss had an affair with another woman while his wife was suffering from cancer, and his wife subsequently committed suicide.

Einstein cheated on his wife and treated her horrendously.

Edgar Allan Poe married his 13-year-old cousin when he was 26.

The painter Peter Paul Rubens married a 16-year-old female when he was 53.

This capacity is the difference between muggles and wizards, between humans and human beings.

Conjuring up: rousing your sleeping genius

Try spending your days with the expression: conjure up… from nothing, like a magician. With a wand. See what you conjured up, higher and see it lower. Increase your capacity to conjure up higher and higher.

Like the little wizards and witches in Harry Potter… like he was conjuring up the stag, the Patronus… sharper, brighter, and longer… .

This may be the best exercise you’ll ever get.

Go from being a muggle to being a wizard…

Muggles are as muggles do, wizards are as wizards do.

Humans block the flow and human beings allow the flow.