But the wanting is a fixation. It blocks the flow.

A prescription of a life of misery, resistance, belligerence, and illness.

I have a few clients who are fixated on something that they don’t want. The end of the world, a catastrophe, a terrorist attack. Cancer. etc.


What they don’t know is this: greed is doing it, the seemingly opposite of not wanting, but the blockage, the blocking the flow is exactly the same energetic blockage: it is the same mechanism.

Whether the “switch” is in on or off, wanting or not wanting, it blocks the flow.

This is what the Buddha was referring to by giving up wanting.

The whole world, including the Buddha, thought that it’s giving up possessions, career, success.

It is possible to live a successful life without wanting and without resisting.

If you need to do it in the physical realm, force breathing, calisthenics, yoga, dancing, then you will fail: without the capacity of letting go of greed, of letting go of wanting to control your world, you fail.

It’s a question of who has the power.

When you try to control: greed has the power…

When you want to hold onto a relationship: your concern, a version of greed, has the power.

All concerns are a variation on the same theme: greed.

Worry is a variation on the same theme: greed.

So getting back your power, by releasing your desire to control, is mandatory, if you want to experience a life of grace, easy, freedom, and power.

The good life, as some call it. 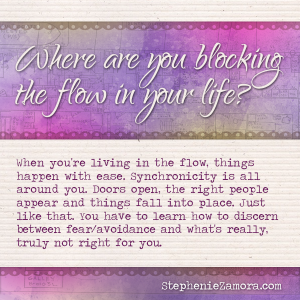 Many drop the extra weight.
Many recover from debilitating conditions.
Many restore their relationships with others to workability.

Why? Because a life dominated by greed is a life that is half life only, and half dead.

Having to, needing to, wanting to, and should are also expressions of greed, by the way.

You can see that most of your day is spent in these… when you are doing something, and when you don’t… no matter what you do… it is under the influence of greed:

you either go with it, or you resist it…

That is your life.

That is until you get the capacity of letting go.

Will it be easy? I don’t know, probably not.

It may be dramatic. You may get physical symptoms… be prepared. But don’t give up.

Getting your life back should be more than a fair pay for the symptoms. And for the small price of the activation.

Please turn on The Sight capacity for me

Where you are heading is where life is delightfully funny.
.
.