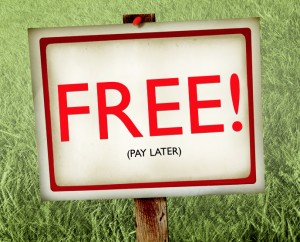 Bread of shame 1 is a term Kabbalah uses for a situation when someone receives and receives, with no means, no desire, or no opportunity to reciprocate or earn it.

And I have had some opportunities for bread of shame…

You receive unearned benefits… and to compensate, you get angry and hate the giver. Nasty dynamic. Sinister.


A weird type of bread of shame, when two people exchange value, but both considers their contribution unappreciated, and then there is mutual hate. This is what happened between me and my previous chiropractor. There was an agreement that he treats me and I coach him, but he felt he gave more, I felt I gave more, neither of us felt appreciated: now we don’t talk.

And then there are the very rare cases, when one is lavishly giving, and the other one has the capacity, a DNA capacity, a spiritual capacity, to reciprocate the gift with becoming successful, by using the gift as an opportunity.

It has happened to me twice.

I have never seen anyone have this capacity… that doesn’t mean no one has it… but I don’t suppose it is a common capacity, even among people who have 40 capacities.

It is a very high consciousness capacity.

I first experienced its power in 1964, when my father had to bail me out, so I don’t get kicked out of the high school that didn’t want me. It was going to be the second school within a year, and accurately he saw that it was going to destroy me.

So he went way beyond the call of duty, and curried favor for the school beyond what is ethical or legal.

I was allowed to stay. I felt I needed to make it worth his while. We never spoke about it, but I went from third to last, to second from the top in my elite class.

I grew wings, that was the only appropriate reciprocation of the gift he bestowed upon me.

My father has been dead 24 years, and I still get tears in my eyes, tears of gratitude and appreciation.

The second time it happened is over this past weekend: someone gave me the opportunity to continue my work.

Instead of asking me to be grateful, she asked me to increase my efforts to make a living.

Not as a condition… I would have resented it, but as a gift… a second gift. The gift of being a witness to my life, to me generating myself, to me returning to flying… instead of just surviving.

Life has been giving you all it has given, and you have never thought that life wants you to reciprocate. The the way to stop eating bread of shame is to make something of yourself, to become worth a damn.

People give lip service to gratitude and appreciation, but no one has thought of saying:

You live on bread of shame, your heart is full of anger and hate, because you never earned what you have received.

But, of course, you can’t. Because the capacity, I guess, even to see how it works, is a high level capacity, and you don’t have it activated.

But at least you see why your life is full of anger at life, and maybe even hate…

Comment below if you are one of them, or if you see why life has been typical of “bread of shame.”

9 thoughts on “Bread of shame and the capacity that makes it OK to receive… by earning it retrospectively.”