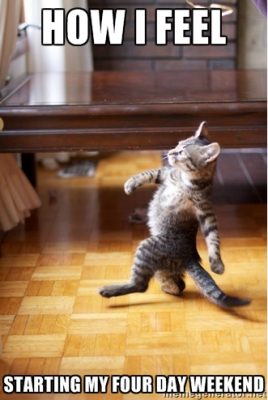 One of the rarest and most functional capacities is the capacity to allow… without resistance.

Resistance uses a lot of energy, mostly the energy that you need to become successful, to do the right thing, to be well, and to treat people, including yourself, right.

Resistance is normal, but harmful. Just like self-criticism: normal but harmful, with no upside.

Upside is the benefit you gain from a harmful or painful action or experience.

Neither resistance, nor self-criticism, self-judgment have any upside, only downside.


What has upside is noticing. When you notice what is, and use the energy of assessment instead of judgment, you create an opening for a useful action, or a shift in your being.

Judgment blocks, judgment condemns, and you become both incoherent and immobilized, unable to shift. Judgment creates an anchor to what you are judging. 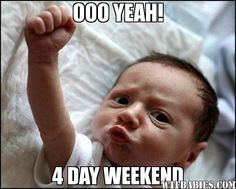 Example: it’s Wednesday before a four-day weekend, Memorial Day in the US. I went, as I always do, grocery shopping yesterday. The store was overflowing. The traffic was two-three times normal in the streets. People turn a 4-day weekend into a whole week, expecting full time pay, expecting being worth a damn.

I notice I have judgment coming up, so I don’t resist it. It’s not good for me, and it makes no difference. So I replace it with compassion. I see that there are lots of price to pay for them, for not honoring work, not giving equal work to the pay, etc. I take a deep breath and I let go.

This is how it is. This is the culture I live in… keeping myself really separate…

I look at my site visitors live stream: visitors from everywhere but the United States.

I brace myself for six days of no echo, nobody listening, nobody cares. I also brace myself for people dropping their vibration: inevitable. Maybe not as bad as Christmas, but close second.

Time spent with family and relatives and “friends” is a guaranteed tool to lower your vibration.

OK, here is an article that triggered this post… Enjoy.

by Adam Phillips
Lacan said that there was surely something ironic about Christ’s injunction to love thy neighbour as thyself – because actually, of course, people hate themselves. Or you could say that, given the way people treat one another, perhaps they had always loved their neighbours in the way they loved themselves: that is, with a good deal of cruelty and disregard. ‘After all,’ Lacan writes, ‘the people who followed Christ were not so brilliant.’ Lacan is here implicitly comparing Christ with Freud, many of whose followers in Lacan’s view had betrayed Freud’s vision by reading him in the wrong way. Lacan could be understood to be saying that, from a Freudian point of view, Christ’s story about love was a cover story, a repression of and a self-cure for ambivalence. In Freud’s vision we are, above all, ambivalent animals: wherever we hate we love, wherever we love we hate. If someone can satisfy us, they can frustrate us; and if someone can frustrate us we always believe they can satisfy us. And who frustrates us more than ourselves?

Ambivalence does not, in the Freudian story, mean mixed feelings, it means opposing feelings. ‘Ambivalence has to be distinguished from having mixed feelings about someone,’ Charles Rycroft writes in his appropriately entitled A Critical Dictionary of Psychoanalysis: ‘It refers to an underlying emotional attitude in which the contradictory attitudes derive from a common source and are interdependent, whereas mixed feelings may be based on a realistic assessment of the imperfect nature of the object.’ Love and hate – a too simple vocabulary, and so never quite the right names – are the common source, the elemental feelings with which we apprehend the world; they are interdependent in the sense that you can’t have one without the other, and that they mutually inform each other. The way we hate people depends on the way we love them and vice versa. According to psychoanalysis these contradictory feelings enter into everything we do. We are ambivalent, in Freud’s view, about anything and everything that matters to us; indeed, ambivalence is the way we recognise that someone or something has become significant to us. This means that we are ambivalent about ambivalence, about love and hate and sex and pleasure and each other and ourselves, and so on; wherever there is an object of desire there must be ambivalence. But Freud’s insistence about our ambivalence, about people as fundamentally ambivalent animals, is also a way of saying that we’re never quite as obedient as we seem to be: that where there is devotion there is always protest, where there is trust there is suspicion, where there is self-hatred or guilt there is also self-love. We may not be able to imagine a life in which we don’t spend a large amount of our time criticising ourselves and others; but we should keep in mind the self-love that is always in play. Self-criticism can be our most unpleasant – our most sadomasochistic – way of loving ourselves.

We are never as good as we should be; and neither, it seems, are other people. A life without a so-called critical faculty would seem an idiocy: what are we, after all, but our powers of discrimination, our taste, the violence of our preferences? Self-criticism, and the self as critical, are essential to our sense, our picture, of our so-called selves. Nothing makes us more critical – more suspicious or appalled or even mildly amused – than the suggestion that we should drop all this relentless criticism, that we should be less impressed by it and start really loving ourselves. But the self-critical part of ourselves, the part that Freud calls the super-ego, has some striking deficiencies: it is remarkably narrow-minded; it has an unusually impoverished vocabulary; and it is, like all propagandists, relentlessly repetitive. It is cruelly intimidating – Lacan writes of ‘the obscene super-ego’ – and it never brings us any news about ourselves. There are only ever two or three things we endlessly accuse ourselves of, and they are all too familiar; a stuck record, as we say, but in both senses – the super-ego is reiterative. It is the stuck record of the past (‘something there badly not wrong’, Beckett’s line from Worstward Ho, is exactly what it must not say) and it insists on diminishing us. It is, in short, unimaginative; both about morality, and about ourselves. Were we to meet this figure socially, this accusatory character, this internal critic, this unrelenting fault-finder, we would think there was something wrong with him. He would just be boring and cruel. We might think that something terrible had happened to him, that he was living in the aftermath, in the fallout, of some catastrophe. And we would be right.