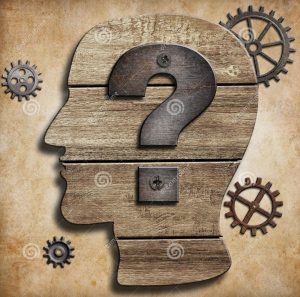 A German who escaped just before all the Jews were hoarded into concentration camps in Germany, came to the United States.

His name was Robert Hartman.

His experience with evil uniquely qualified him to set out to deal with the age long question: what is evil, what is good? 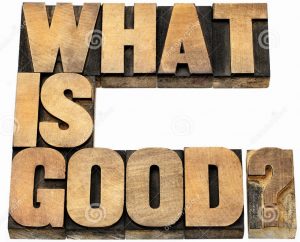 Vague… especially if you consider that we, humans, have only cursory idea of what generosity, humility, kindness, love, etc. mean in beingness. 2

Religion concerns itself only with what’s bad…

In thousands of years no one has concerned themselves (to my knowledge) with what is healthy. What it looks like inside, outside, in behavior, in mental acuity and emotional appropriateness.

So we can safely say that all medical and health practices, modalities, sciences know an awful lot about what’s wrong with you, than about what would be right.

Oriental, Ayurveda, Homeopathy, Chiropractic, Acupuncture, Herbal Medicine, and Occidental Medicine all use the “what’s wrong with you” approach, and can’t see the big picture… because there is none.

In the impromptu survey I ran this holiday weekend I exchanged emails with quite a few of my subscribers, and got really clear that it would be a real service if somehow I could put more dots into the picture of what constitutes healthy.

I am scared. I hope that Source, The All-knowledge has enough information to give me correct answers.

Why I am scared?

I am going on a call with a medical student, also a full fledged Homeopathic doctor in a few minutes.

When I measured, he is not deficient in any of the 90 essential nutrients, so where is the low number coming from?

Am I a match to the task? Muscle test says yes, but I am scared. 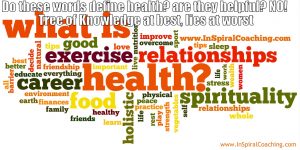 My knowledge is insufficient for the task… so I have to go way beyond my knowledge, out on the skinny branches.

Of course I’ll only know the results in a couple of weeks… I’ll keep you appraised.

Judging from my previous experiments, the principles point in the right direction…

But I can safely assert that humanity’s health is lowest when they have more “knowledge”.

The more you know the lower your numbers are.

The few groups of people who are healthiest, judged by their longevity figures, know nothing.

When I muscle test a country’s average health number, over the past 100 years, I find that with every decade the number is lower… proving that the more “knowledge” people have the less healthy they become.

Your soul correction, the machine-like construct your genes created for you, is only interested in controlling you, not the truth.

Your genes are stuck in the mode they are in…

To act and be counter to your genes’ dictates takes spiritual capacities.

The Homeopathic doctor I mention above, has more capacities than most…he had 10 capacities when we started the conversation a few hours ago, and I turned on a new one: faith. I made sure that it’s something he can hold onto, he can use.

Important to mention: I am not any better than you, the only thing I have over you is my working relationship with Source: I am guided to do the right thing, to trust what I am getting, to test what I am getting, and to use all my capacities to interpret what I see accurately.

The conversation was very enlightening.

The changes I could ask him to make will get his health up to 40%. Not bad, yet not much.

Upon inquiring further, I saw that in the questions I asked there is an unseen yet aspect, that wen fully explored, his health can go as high as 80%.

The changes are all tiny, except his addiction to chocolate chip cookies… doubly bad for him, because of his intolerance to fructose and gluten.

The rest of the changes are minuscule, and if he can “surrender”, then he’ll be well and beyond in a few weeks time.

I gave him the capacity to facilitate the “surrender”…

The ultimate capacity for surrender: faith.

Faith doesn’t have an opposite, a shadow: it is not like belief that has doubt at all times.

Belief is worthless… it is a mind thing.

Faith is seeing. It is certainty. Very amazing.

No amount of talk will turn it on…

Among “religious” people it is 1000 times more rare… because religion is a belief, a mind stuff.

Atheists don’t believe in anything… but surprisingly they have faith.