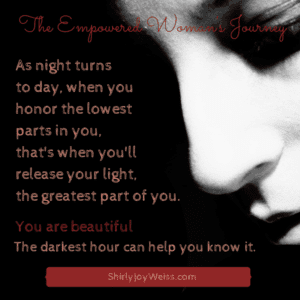 Living in the three levels of value, the systemic, the extrinsic, and the intrinsic, lived fully, and balanced, is the secret to the good life.

The Indian sages, including the Buddha, skipped the extrinsic. They taught people not to live there. They had a disdain for it.

But work is on the extrinsic level, making money is on that level, so skipping it means living a life of charity. Living a life where you cannot value another person on all levels… because you don’t value the values of that level.
Download the pdf version of this article at the end of the article

When you skipped the extrinsic level

When you skipped the extrinsic level, you may prize yourself of valuing the intrinsic, but the moment you open your mouth, you speak from the systemic… and no one can ever follow your teaching, because it is not coming from the same place where it is valuable.

It is not only that people hear what you say from the systemic level of value, it is that on that level it becomes a system of pretenses.

How the heck did I figure this out, you might wonder.

And I could be wondering it too, but something miraculous happened between Saturday and today.

On Saturday I had a call with a student, and it went way off topic. And several times in the conversation I said: It’s devastating but I am not devastated. It was about the futility of teaching people. As in:

Don’t teach the pigs to fly, the pigs won’t appreciate it and they will never fly.

I record all my calls, and provide the student with the audio file… I have learned more from my own recordings that from anything… because…

OK… listen up… here is why: because I speak from the Beyond.

I speak from the intrinsic level. And because intrinsic does not connect to Systemic (the mind), I can’t remember. I don’t remember. Because verbal memory lives on the systemic level.

When the Buddha (600) wanted to be in silence after the enlightenment experience, “they” begged him to teach so others can follow in his footsteps.

But because the Buddha was a Prince, and never worked, he could only speak from the intrinsic, and the words landed on the systemic level. The words were memorable, but useless. Mere words.

Indians don’t like to work, don’t appreciate work, they live almost completely in their head. Science, Philosophy, arguments… all systemic.

Osho (300) is the same way. I can tell, as an empath, from his videos that he speaks from the systemic level, the level of the mind.

Let’s look at Jesus, the Jew.

He makes no sense on the level of the systemic, his words are pretty much gibberish on that level, need to be translated to systemic language to be understood.

What happened? He could not connect to the Jews on the level where they lived… the extrinsic, and he and his ideas were discarded. He and his ideas did not take root in nearly any person who calls themselves a Christian. In fact I only know one person where they did… Roy Williams from the Monday Morning Memo.

The rest are merely mouthpieces… including all the church personnel, the priests, the cardinals, the popes, and your churchgoing folks.

Christianity is a violent systemic religion, just like Islam. Mohammed spoke of peace… religion is violent, and full of hate and war.

Now, back to my conversation on Saturday…

When you are stuck on any level, or even any two levels of value, you won’t experience life in its fullest. 2

If you only live on the extrinsic level, your experience comes from the outside. It is circumstantial, and you’ll only experience moments of joy, fulfillment, love, etc. because life is in a constant flux.

And the momentary experience of fulfillment, love, joy, happiness… will leave you, once it passes, without it, and with the craving for more.

Positive thinking tries to emulate it by telling you to say: I am happy. Did you notice that it makes no difference? You smile… and happy isn’t there.

You live, 92%, on average, in your head, in your mind, in the dominion of the systemic. And about 7% on average on the extrinsic level.

But your language gives your relationship to the extrinsic away: you say: “I have to go to work”. You value your weekends and your holidays more than taking pleasure in work itself. Work is producing extrinsic value. It is expressed mostly in money. In popularity. In being liked. In worldly pleasures.

You need to fall in love with extrinsic… maybe they you’ll value your value producing ability more.

And instead of the 1% peak experiences of brilliance, or love, of the divine, you want to start exploring who you already are, so you can increase the time you have access to this level…

Even a little bit goes a long way.

I recommend the attitude: it is devastating but I am not devastated.

You won’t like what you’ll see when you start to observe the person you are. Guaranteed.

In fact you’ll be struggling with disgust. You’ll have the thought: if I am like that, no one will ever love me. Devastating, isn’t it?

But I suggest that you see that it’s devastating, but refuse to be devastated. Just stay cool like a cucumber… Or aloof, or be faith.

That whatever you can be with, will allow you to be.

If you can look “devastating” straight in the eyes, it stops running your life.

You need to test if what I am saying is true. Don’t just believe it… Do it and experience it.

It will start to give you wings.

This is the way to enter the Kingdom of Heaven… the Intrinsic domain. You back into it.

What? Yes. You are looking at the lower self… and the door opens behind you, if you can be with what you see, with no mood change.

People who tell you to keep your face to the light, are lying. It is the sure way to stay outside.

Keep your face to the dark… and back into light.

PS: the image and quote on the top of this article is good. But the person who said it, said it for effect. She is a coach, and she stopped being and doing what she is talking about. She is now a liar. A pretender. She speaks completely from a system… Her name is Shirley Joy Weiss. Her vibration is 170. It was 300 when she saw what she said… not just remembers.

When she says: I am love… she needs to do something to prove that she is. The hallmark of a liar.

What this means is that you need to back into the light all the time. It is not an event that now you can live there, stay there, doing nothing. It is constant work… there is that word again.

2 thoughts on “Back into light… The counter cultural way to”