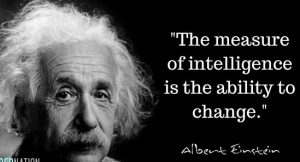 I have been changing. Subtly.

The biggest problem with subtle changes is that they go unnoticed. And if you are like most people, you want encouragement, you want people to see that you are becoming something better.

But your environment is about as aware and as present as you are, which means: not very. And besides they are busy having their head up their ass… so until you are very very very different, they don’t notice it.

A good example is your weight: if you drop two dress sizes… then they notice it. But if you are doing it right, in a sustainable fashion, it’s taken you months… And for those months you had gotten no feedback.


The sudden feedback often works the opposite way. Now, instead of being inspired by what you want, what you are about, et. you put your emphasis on the outside… and lose that inner drive.

The other issue with changing is that it creates envy in others. Envy is another word for greed, when someone wants what belongs to someone else, without doing any work. If they can’t get it, they prefer to destroy the person.

This is so ubiquitous, that it has a name, The Evil Eye.

My number one criteria to have any kind of relationship with anyone is that they don’t engage in The Evil Eye.

So what kind of changes happened and why?

One type of change is related to this new health discovery, that only food that my ancestors ate and thrived with will make me thrive.

The second part is hydration: I discovered that if I charge the already energized water again, it suddenly becomes even more coherent…

The subtle changes I attribute to the health improvement is that I tolerate heat and pretty much anything much much better. I tolerate my and others emotional spikes better. I don’t mind making mistakes, I don’t give up easily, and I have a lot more clarity about what I can do to improve my lot.

I had been, in this last regard, pretty dead and unmoving for a few years, at least two. In fact stuck in the mud. 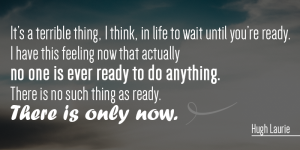 Finally I see myself moving. Subtly. But moving nevertheless.

And a really surprising change: I am actually able to say: I am happy now: at the right place, doing the right thing.

One thing that always puzzled me about myself that even after I found something, I was still a seeker.

I don’t like to be a seeker, very unsettling.

I looked at the last thing… and I haven’t bought much of anything for weeks now. I am fulfilled with what I have. That perpetual craving, emptiness disappeared.

Will this same thing happen to you?

I guess that to the degree you follow the instructions with regards to eating, drinking, sleeping, exercising, very well measurable in your numbers, yes.

Trouble is that you are not used to keeping any regiment, you consider liberty: doing what you want, your most important desire… and unfortunately liberty is not the hallmark of successful people…

People who are the most successful are disciplined.

I am reading a book “Grit” that is teaching me a lot about why I have grit and you don’t, and maybe even how I could help you to get grit.

Grit 1 is the most important asset of a successful person. It is beyond discipline: it is self-imposed behavior coupled with a purpose and a type of consistently getting better practice.

Grit is a more important predictor of success in any field, than talent.

Why? Because grit has many components, most of which, when I ask my students, isn’t there.

Interest…
Passion…
A purpose greater than yourself…

And it’s been near impossible for me to make any headway.

This book, Grit, I haven’t finished it yet, suggests two areas that may be applicable… we shall see.

1. All the people interviewed with grit had at least one person who they saw in action, who continued pursuing their passion in spite of obstacles, hardship, and unfavorable circumstances.

The person can be witnessed through a book, through a movie… What you learn through immersion is that they stayed in the game, kept on going, doing what they needed to do, no matter what. Tai Lopez uses louis zamperini’s example a lot. (I see they made a movie about him, Unbroken, After a near-fatal plane crash in WWII, Olympian Louis Zamperini spends a harrowing 47 days in a raft with two fellow crewmen before he’s caught by the Japanese navy and sent to a prisoner-of-war camp. )

I haven’t seen the movie… but if you can, go for it. Watch it. His motto was: there wasn’t a race I didn’t finish.

2. People with high grit have a different “self-talk”.

They don’t jump into the negative conclusion that “it’s never going to work”, “I’ll never make it,” “I am too stupid/clumsy/old/etc. to do it.” 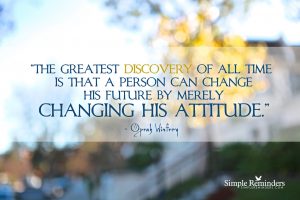 What is your “score”? Go, do the Grit test