I used to measure people’s vibration for a small donation. I actually enjoyed it, like you like using your muscles: it feels good.

Then I started to get requests from people with really low vibration, really dark feelings, and I started to associate measuring vibrations with those very oppressive feelings. 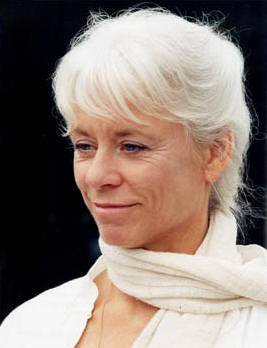 Visiting Gangaji brought all that back, full force, full force of misery.

There are two things you can’t hide because they are not conscious: your feelings and your micro-expressions.

I used to not want to look at people while talking to them, because the feelings and the facial expressions were at odds to such a degree that it was really disturbing to me.

After I watched and re-watched all episodes of “Lie to Me,” a TV series of how a British scientist cracked cases with simply cataloging and then watching for unconscious micro-expressions that I had missed before, I became aware that he micro-expressions and the feelings are in perfect alignment: they say the same things.

Gangaji’s feelings a facial expression both say that she doesn’t believe a word she says.

I pity the woman. What a horrible sham of a life! She is talking and she needs to change her voice to breezy, her hair and face to serene, because what’s inside is pure hell.

Now, I don’t know if there has ever been a time when she was on the path, but once you are pigeonholed as a guru, you have no freedom to be on the path, and you are screwed. You are a wretch, a living monument, instead of a human being free to bump up against all that is not you.

Gangaji’s personal vibration is 120
her teaching: 110
can what she says or does raise your vibration? no
She attracts people that average at 160 in their vibration.

Watch for the artificially slow speech pattern and the breezy sound of the voice: they are dead giveaway of a fake.