The difference between a human and a human being is the level of ownership they take over their lives. Human being is self-directed, and in perpetual growth mode… This article explores this phenomenon and what is in your way to become a human being 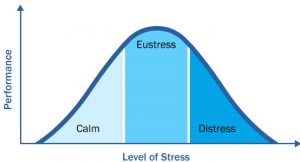 Everybody dreams of a stress free life… even though stress wakes you up. Stress as in challenge. I am not talking about the anxiety where you are fighting what if scenarios… that will never happen.

My countryman, who worked in Canada, Selye Janos (aka Hans Selye), was an endocrinologist, who was the first to demonstrate the existence of biological stress.

Stress response, what stress can do to your body.

But in his groundbreaking book, “Stress without Distress” he showed that stress also keeps us alive.
Download the pdf version of this article at the end of the article


Selye 1 discovered and documented that stress differs from other physical responses in that stress is stressful whether one receives good or bad news, whether the impulse is positive or negative. He called negative stress “distress” and positive stress “eustress”. 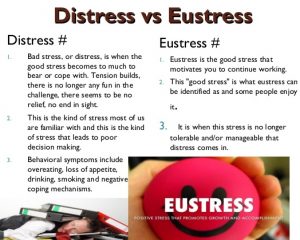 Stress is a necessary part of life, and actually works as a stimulant. The life where you create your own challenges, tasks beyond your current ability, where you can grow.

Instead the entire culture trains you to set impossible goals with impossible time line… and never challenge yourself.

Instead you stress about stuff…

Using the same word doesn’t make the phenomenon even similar.

This is how you are duped into an incomprehensible life: by using the same words for different things that have nothing much in common.

So, what am I saying? I am saying that if you want to live the good life, forget about stressless… Stressless life makes you dull, boring, and you die without ever living.

The life we call a good life, an excellent life, is carefully (NOT cautiously!) managed to have enough challenges so it’s an interesting life, it’s full of self-imposed and managed challenges for growth. This type of “stress” is very beneficial, Selye called it “eustress”. Good stress. (Eu- a combining form meaning “good,” “well,” occurring chiefly in words of Greek origin (eupepsia); in scientific … via Latin from Greek, from eus good.) 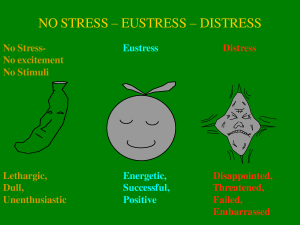 It is a true statement that the moment you stop growing you start dying. The dissolution of our bodies and minds will be faster than the new cells that replace them.

Most of you are in that state… a deflated balloon.

When you do body building, the art is to take the muscle to a place where a few individual muscle fibers tear… let it rest, let it heal, and the result is that the whole bundle of muscles grow to be able to bear higher weight.

The same process happens mentally and physically, when one practices “Deliberate Practice”… which is purposeful, gradual, and precisely directed to a “bundle of muscles”, like holding your breath underwater, or sitting straight to develop a new habit.

My work, my purpose, is to lay down the foundations of a new humanity, a humanity that is in continuous growth, physically, mentally, emotionally and spiritually. I call the state “An Expanding Human Being”.

The word “Being” in Human Being is the spiritual aspect.

The main difference between the state of being human and Human Being is this: who is in charge. Who calls the shot. Who is the owner.

The internal state is anarchy and chaos… mostly run by the ego (the genes) and the emotions that serve the ego’s purposes. The main goal is to survive and make it in life in such a way that one’s offspring can also make it.

The “battle” is competition with other species, with the elements, with other members of the same species, for scarce resource.

The state is scarcity. Life is bigger than me. I have to feel afraid, I have to be aggressive, I have to get more… and I can’t have any attention on my own growth, because I’ll get creamed if I do. I have to, I need to, I want to, I should…

Human Being’s state is abundance. A tremendous shift in perception. Same world, same circumstances, viewed in a different way. The operative words in this state: I can. I do. I am.

I am a scientist with limited facilities. I don’t have rats, mice, and I don’t have children. I read and then think, test, think some more.

One of the books running an experiment with the same goal as I have is a science fiction novel, The Diamond Age.

In it, the experiment is run on three individuals, three girls of the same age, and a quarter million orphan girls.

Depending on just one factor: the emotional connection between the girls and the “teacher”, the results are fundamentally different.

The role of the teacher being so important.

I keep on going back to Israel, comparing the kibbutz era and the era since the dissolution of kibbutzim… the difference in the quality of people… human beings back to human.

In the kibbutz era children lived in the children’s house and saw their parents only occasionally. Their parents’ influence on their personal growth was minimal.

Some of the children grew up to be “little mice” army, but a good number of them grew up to become Human Beings. 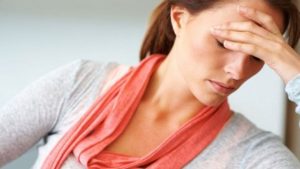 Most children never see a person challenge themselves… they probably won’t recognize someone challenging themselves… without explanation anyway.

I was lucky. My father was a self-challenging person, in self-induced growth, until he retired (I think). He was 69 years old when I last saw him. He retired months before I left Hungary. After retiring he created one challenge for himself, that I could see, that is to walk 2-3 hours every

day, no matter the weather.

But what I witnessed as I was growing up, him working from no degree to phD and then to full Academic Doctor, to writing 14 books, and becoming one of the most important people in Hungary. All by himself… never went to school. Self taught. 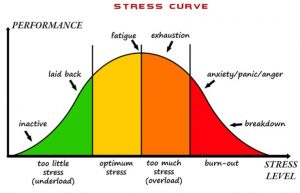 Environment is very important for the maintenance of growth… some environments are conducive to growth, others, the “normal” isn’t.

Bill Gates was in growth mode until he got married. Steve Jobs needed to be single to grow. My father grew while he lived with my mother, stopped growing when he started to live with a loving new wife.

When I look back at my life, I stopped growing in the brief periods when I had a live-in boy friend. Paralyzed, stunted, arrested development.

And as the title of this article suggests: you have to quietly, clearly, and authoritatively demand it… Of yourself.

4 thoughts on “It’s amazing how much you can get if you quietly, clearly, and authoritatively demand it…”