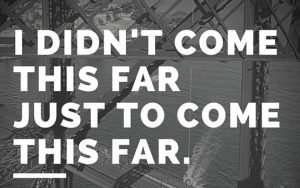 If you are one of my students who isn’t getting better… Or not as fast as you hoped you would, you should ask the question: Why you won’t follow a system, why you lie, why you’ll never amount to anything worthwhile?

This article will attempt to point you to some answers…

Our tendency to socialize and spend time with people with our lesser (at least in our not so humble opinion) is so strong, and so “normal”, that I expect you not to recognize it in yourself.

Why? Because the desire to do that does not come from our conscious self, it comes from our “other than conscious” self, the selfish gene.


The lowest of human behavior is that: wanting to climb and lord over other people.

I meant the word “human” because this is obviously an animal behavior. Your chances for survival and to have the most offspring is what the genes want, and this behavior comes from that.

So from the point of view of survival there is nothing wrong with it… but there is a lot more to it when humans practice this.

I am going to list issues with this desire to dominate… big and small. 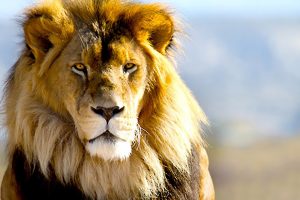 When I look at the history of human evolution, all evolution was a result of discomfort. Lack of food, lack of water, too hot or too cold weather.

Humans haven’t evolved further in the past 40 thousand years. Neither physically, nor intellectually, or emotionally.

Even though the genetic foundations of “human being”, the next evolutionary level, is fully there.

Which indicates to me that an individual can evolve. 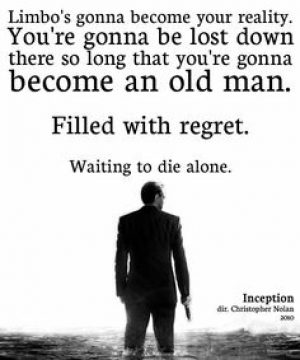 The ideal conditions for that individual’s evolution is discomfort.

Creating discomfort in a world where it is sooo comfortable.

So what kind of discomfort can you create?

My best student ever is a woman who, for the past 4-5 years has been taking courses, or doing things that are very challenging to her abilities. She needs to deal with the genes screaming “you can’t”, and say “It ain’t necessarily so”.

Every single time she proves the genes wrong.

Her health, her hydration are both 50%, her vibration is 250. She uses the tools she bought (all of the tools I’ve ever made), and quietly keeps on growing.

Why isn’t her vibration higher? She doesn’t challenge herself in the area of beingness. It is near impossible for most people to do it to themselves. I am a rare exception in that regard.

So instead of reading what catches your fancy, read what is hard. Hard to understand. 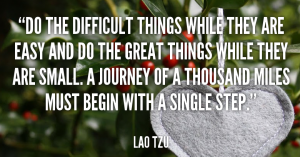 If you are not willing… then tell the truth and stop seeking for ways to feel better about yourself.

You are the best you’ll ever be… Be OK with that. Your best is pretty bad. It is earning you the life you have. 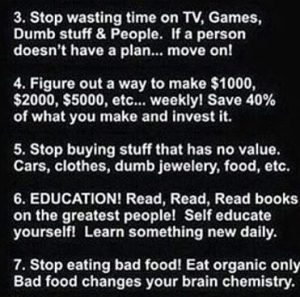 PS: I just checked a student who did really well while being away in school… and promptly dropped back to his baseline once he returned “home”… to family. This is how we do things… land. Another reason of no human evolution.