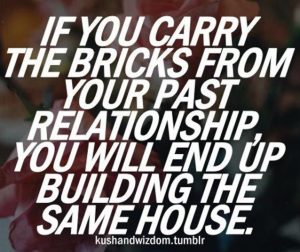 The more things, patterns, behaviors, laws you recognize quickly, the more power you have in life… An success is largely dependent on your power to navigate the treacherous waters of life.

So this article is about distinctions… patterns, behaviors, laws… whatever you call them, they are essential if you want to live life on a higher level.

One demands two things of a poem. Firstly, it must be a well-made verbal object that does honor to the language in which it is written. Secondly, it must say something significant about a reality common to us all, but perceived from a unique perspective. What the poet says has never been said before, but, once he has said it, his readers recognize its validity for themselves.
~ W. H. Auden

I have been teaching what a distinction is for years now, and to my chagrin the teaching never landed… people don’t understand what I am talking about.

Here is a quote that says it better than I can say it.


It is something significant about a reality common to us all
It is perceived from a unique perspective
The readers recognize its validity for themselves.

Example distinction: your story, or “the story” 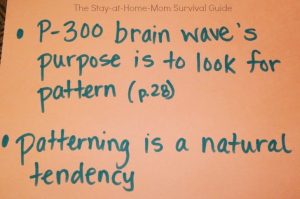 Someone is speaking. At some point the rhythm and the tone of the speaking changes. It has the flavor of high drama. The words, the tone of voice, the rehearsed selection of words… all stand out from the otherwise spontaneous speaking. The story… that explains everything. Why they don’t… or why they do… in spite of all reasons to do what works.

If you have sharp ears, you can hear the violins in the background… the sound that gives it away…

Everyone has one… A life built on it… it has become as solid as a rock, and as chiseled as a sculptor.

Racket
Filter
Strong suit
Meaning
who are you that you are

All kinds of behaviors, unless recognized look like everything else.

Tai Lopez’s 67 steps is a great storehouse of behavior patterns.

Another great resource is the Aesop Fables… fabulous. I am using it frequently when I am dumbfounded by a behavior. I always find out more and deeper in the pattern. 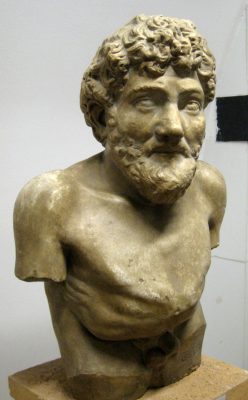 I have a collection of 315 fables, some short others even shorter.

I am putting them in a pdf document…

Read some or all the tales, and start using the volume, to identify behaviors in yourself, in your parents, siblings, children, spouse’s behavior.

Don’t get arrogant… that is not the purpose.

Here are two fables, one from Aesop, another one from a French author… I forgot his name.

One day mighty Jupiter said “Let all living things come before me to compare themselves, one with the other. Let no one be afraid to speak honestly even if they find fault. I shall ensure that no harm comes of it. Come Monkey, you are the one that should begin. Let all the others compare themselves to your beauty. Tell me, are you satisfied with yourelf?”

“Me?” He said. “Why Not! Is my body not as good as any of the others? And as for my face, there’s nothing to reproach myself for on that score. But as for my brother the bear, I have to say that I find his features rather coarse. And no artist would ever pick him as a subject for a painting”

Everyone expected the bear to reply angrily, but he didn’t. Instead he praised his own physique quite loudly. Then he went on to speak of the Elephant. He pointed out that Elephant could use a longer tail and smaller ears. In short he declared that the Elephant was quite misshapen and ugly.

The Elephant (wise beast that he was) did not retaliate. Instead, he opined as to how Madame Whale was really too fat. Madame Ant then said that she found the Mite a bit too small. It made her feel that she was a giant.

At this point Jupiter, hearing all these criticisms, angrily told them to stop. This didn’t scare the other animals who were still self-satisfied. And among the most self satisfied were the humans because that is how we are: fierce animals when it comes to criticizing others, and meek when it comes to speaking of our own faults. We forgive ourselves everything, and forgive others nothing.

The Creator made us like alms bags all in the same way: Those born long ago and those born today. Our own faults are buried in the rear pouch. The front pouch is reserved for the faults of others.

* Besace – A Beggars Bag. A cylindrical bag with an opening in centre, forming two pouches. It was usually carried over a shoulder.

The Scorpion and the Frog

One day, a scorpion looked around at the mountain where he lived and decided that he wanted a change. So he set out on a journey through the forests and hills. He climbed over rocks and under vines and kept going until he reached a river.

The river was wide and swift, and the scorpion stopped to reconsider the situation. He couldn’t see any way across. So he ran upriver and then checked downriver, all the while thinking that he might have to turn back.

Suddenly, he saw a frog sitting in the rushes by the bank of the stream on the other side of the river. He decided to ask the frog for help getting across the stream.

“Hellooo Mr. Frog!” called the scorpion across the water, “Would you be so kind as to give me a ride on your back across the river?”

“Well now, Mr. Scorpion! How do I know that if I try to help you, you wont try to kill me?” asked the frog hesitantly.

“Because,” the scorpion replied, “If I try to kill you, then I would die too, for you see I cannot swim!”

Now this seemed to make sense to the frog. But he asked. “What about when I get close to the bank? You could still try to kill me and get back to the shore!”

“This is true,” agreed the scorpion, “But then I wouldn’t be able to get to the other side of the river!”

“Alright then…how do I know you wont just wait till we get to the other side and THEN kill me?” said the frog.

“Ahh…,” crooned the scorpion, “Because you see, once you’ve taken me to the other side of this river, I will be so grateful for your help, that it would hardly be fair to reward you with death, now would it?!”

So the frog agreed to take the scorpion across the river. He swam over to the bank and settled himself near the mud to pick up his passenger. The scorpion crawled onto the frog’s back, his sharp claws prickling into the frog’s soft hide, and the frog slid into the river. The muddy water swirled around them, but the frog stayed near the surface so the scorpion would not drown. He kicked strongly through the first half of the stream, his flippers paddling wildly against the current.

Halfway across the river, the frog suddenly felt a sharp sting in his back and, out of the corner of his eye, saw the scorpion remove his stinger from the frog’s back. A deadening numbness began to creep into his limbs.

“You fool!” croaked the frog, “Now we shall both die! Why on earth did you do that?”

The scorpion shrugged, and did a little jig on the drownings frog’s back.

“I could not help myself. It is my nature.”

Then they both sank into the muddy waters of the swiftly flowing river.

Self destruction – “It’s my Nature”, said the Scorpion…

Get the pdf here