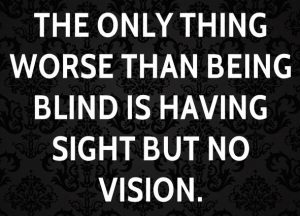 People want to become the person they are in their dreams…

They are not that way… obviously.

Becoming that person is like being a Michelangelo at the stone quarry looking at a block of marble and seeing if the sculpture they see with their mind’s eye fits it.

If it doesn’t fit, you need a bigger block of marble.

But no matter how big a block you choose, it will take two kinds of work to get to the David of your imagination: the work of awareness and the work of chiseling.

Chiseling is the easy part… honestly. I bet you thought that was the hard part.

The world doesn’t know it.

99% of everyone walk around unaware, blind, deaf, never aware, never present, so how would they know?

Helen Keller, a great case study of someone becoming aware, was deaf and blind, and she became deaf and blind just before language would begin in her development.

Just before… because she had one phenomenon and a partial word: water and how she remembered: “waaa”

That association, the experience of water, the awareness of water, and the word “water” waaa became her starting point to her exceptional journey of awakening.

From that one word, the pattern of “everything has a name and you can know it” popped out, and she came out of the fog… to teach us all to wake up.

For me, a similar journey, began with realizing that I don’t feel that I have to pee. Correction: I am not aware that I feel the urge to pee. 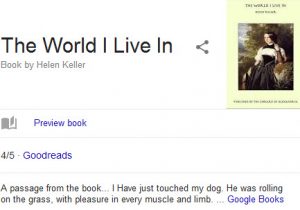 As an abused child I suppressed all feelings, including bodily urges.

So I was a bed-wetter, I vomited without any warning, I didn’t know, ever, if I was hungry or thirsty, or cold…

The brain, when one signal pathway is closed, is looking for another one: in my case it noticed that I do that notice I am hot… not so much from feeling it, but by my actions of getting undressed… often inappropriately, in public. 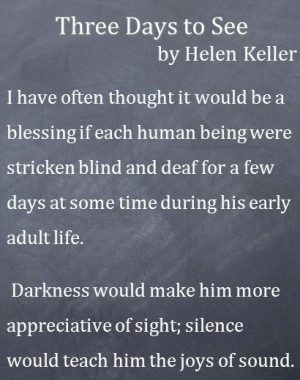 I still do, although I have a lot more awareness about bodily messages now.

Anyway, I started to become aware of myself, my opinions, my emotions, my ANGER!, my attitudes, and then opinions, emotions, attitudes without the “my”…

I started to become an aware person.

In that process I saw patterns, I learned patterns, I tested patterns… I became obsessed with seeing, precisely, and everywhere what there is to see.

Teaching awareness? Impossible. It is like teaching how to swim in the desert… not very effective.

But it seems that I stumbled on water… waaaaa!… in a new methodology: teaching people to become aware through immersing them in a program that is not mine, that is not something I would have created, or would have been able to create… like an ocean, like a swimming pool, like a river… it was there and it was a perfect medium… the 67 steps by Tai Lopez.

Each student has a different starting point… and it is my job, the coach, to use that starting point to begin the process of awakening. To first find out what they have, and then build on that.

Helen Keller did not do it alone either… Without Anne Sullivan’s astuteness and single minded dedication she would not have turned a corner and create a life of awareness.

Someone has to turn the light on for you…

It doesn’t have to be me. Just please make sure you find someone like me.

Of course first you’d want to become a human being…

Oh, I haven’t told you yet: the main difference between human and human being is awareness.

When the third brain takes over and thinks without thinking… because of all the work that has gone into seeing and being aware of patterns and their recognition for what they are. Portals to the unfolded Universe… the unknown knowable…

2 thoughts on “Knowledge is power… but not all knowledge”