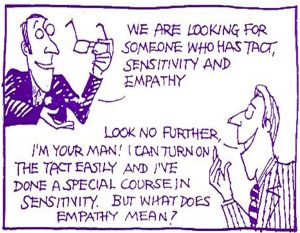 Empathy… and empaths. Is the empathy we talk about in the world as a good thing and what empaths have the same?

Empathy 1 as psychologists have it, is not the capacity to feel another’s feeling as your own. That is the “extrasensory” ability of an empath: more a nuisance than a good thing.

Empathy, as psychologists have it, as evolution has, probably, intended, is the ability to recognize another’s feeling and have mercy for them, sympathy for them, want to help them. 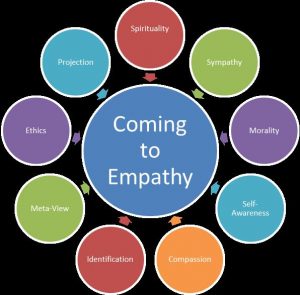 Empathy, as nature has intended, is closer to compassion than an empath’s feeling your feelings. There is a component of “I feel it is hurting to YOU, and I voluntarily feel what you feel hoping that it will lighten your load.” of something like that… similar to caring?

Therefore empathy is part of the reciprocal altruism that almost every species have, including humans.

In can be burdensome. If you care about another person or their feelings, you may neglect your own… So it is a sensitive balance, a walking on the edge of a razor blade. 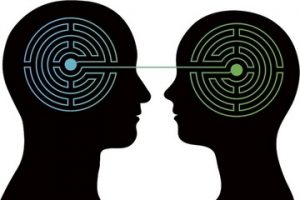 So most people choose to retreat from it… shut it down. Selfish, self-preserving, self-protecting move.

The rest does it, when they do, through imagination, intellectual processing, or fake it.

I have a few students that are empaths: meaning: they have to feel, like a psychic, another person’s feelings, especially the negative feelings.

The more they do, the less they want to… Because another’s bad feelings feel like your own bad feelings, just stronger. Much stronger. You can’t ignore them.

There must be an evolutionary purpose to that… what? I don’t know.

One soul correction, Silent Partner, has a disproportionately high number of empaths. Why?

What was first? The soul correction and the sense that they are alone, unsupported, in a world that feels very unfriendly? Or empathy came to these people because they only care about themselves? 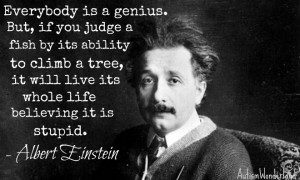 I don’t know. I am dealing with it because…

If you are uncaring… I don’t care. I don’t judge. I understand.

But if you are a student of mine and you say you want to become an expanding human being: I see that unless you jump over your own shadow… this ruthless selfishness, there is nothing that you can do to go to the next level. You can become fearless. You can become a hero. You can be the smartest person, activating the second and the third brain: without caring about a future that has nothing to do with you… you won’t… you won’t go to the human being level.

Nonexistent in today’s day and age.

It’s the next level of evolution. 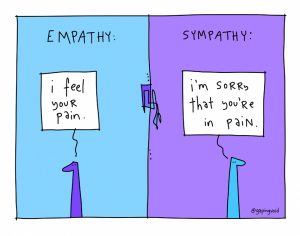 Today less than one percent of adults had the generosity to keep empathy open. To care enough to share in the feelings.

Selective caring is “doing caring”… is self-righteous, and self-serving. I am right, goddamit, and you are wrong! attitude.

I once had a teacher in Landmark who said “don’t eat anything that has a face on it”.

But she had a dark closed heart. Evil. It is either you or me…

I should have warned her: it is not a good idea to have a true empath in your class, lady, because she will know you better than you know yourself. 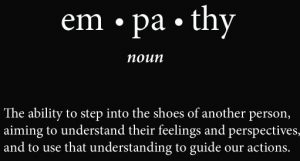 Being an empath is a cross to bear… but I think evolution might have had a point there: because what you think is your private issue… psychologists can access to it through your words, and you can and do lie! Evolution “thought” that there needs to be at least one person who has access to people’s feelings and one mouth can compare them, catalogue them, so the words you use don’t continue to create smokescreen… and paint you better than you are.

Better in terms of the intrinsic values you pretend to have. But pretend is the operative word here.

So, what can you do if you don’t have empathy? One of the intrinsic values a human can have? What if you turned it off as a child because you “learned” that you need to care for yourself because no one else will… (true)?

If you think that you are truly ready, and your inability to even consider another person’s interest or inner state is putting a strain on your relationships… then, by all means ask me to turn empathy on for you.

You won’t become an empath. But you will be able to consider another person’s feelings, interest, and then choose to do something about it or not. 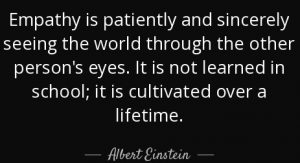 But be prepared to learn that your uncaring behavior has caused a lot of sadness… over there… for the other person.

Can you deal with that?

So if your health and hydration numbers are NOT above 10… preferably above 30, then this capacity will not be able to stay on: it needs you to be able to be generous with your attention, your emotions, your actions.

If you don’t know your health and hydration numbers, you can get them in my combo measurements deal:

your vibration
your overall IQ including your intelligence
the number of spiritual capacities you have
your soul correction (your machine) (your date of birth is needed for this)
do you have attachments?
the level of your health
the level of your cell hydration

If you have a common name, please add a link to a social media account of yours, like facebook. Otherwise Source will have a different time locating you.