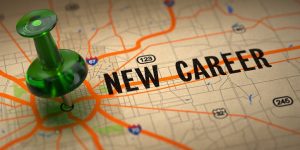 Among my students we have both kinds…

Interestingly there is some commonality in the underlying attitudes.

One attitude is something I could call stingy, but it may not be the right word.

The commonality is: I want certainty, guarantees BEFORE I’d do anything.

And it seems that all these people are withholding their power, their energy, their love, their curiosity, their adventurousness by demanding or expecting of the Universe to give them certainty ahead of time.

As an aside: all the ITCH is a demand, a wish for a result, before it’s due. Tell me I am OK, tell me I am loved, respect me, value me, make me feel that I matter, blah blah blah… I see a pattern here… do you?

When I compare that with my attitude, or the attitude of some people who live a life I admire, our attitude of not sparing ourselves stands in sharp contrast to this self-sparing attitude of my students.

I never asked myself if it is worth it. The effort, the trouble, the risk… I considered that I’ll make it worth it. That it is up to me.

Not everything has be worth it right away. Some things become worth it decades later.

I have competed in six sports. All individual. I wasn’t good enough in either, but I find it that your ability for self-awareness is nothing or not much unless you are aware where your body parts are, what is your posture, and how wide is your cone of vision… all of these are literally impossible to activate without some kind of serious sporting activity where you get measured against others, against yourself by someone other than yourself… a coach, a trainer, a teacher.

I am not competitive, by the way. Winning means nothing to me other than feedback.

Without these physical experiences I would have never become the true empath and coach I am.

Sometimes we learned one profession but we want to change… or need to change, and it is not that easy…

Here are two examples: one is my own, the other is of student of mine…

In the end I’ll ask for your input… please be generous.

After I came to the USA, I worked as an architect for about 30 months.

First I scoured the help wanted ads, and went on an interview with a prestigious Midtown Manhattan firm. They were impressed with me, my experience, and hired me on the spot with a salary that was four, nearly five times higher than what I made in Israel.

On my way out I passed pictures of their completed projects and realized that this job would have no integrity for me: I would be ashamed to say I was part of those projects. So I went back and told them…

I worked for half of that money for the rest of the 30 months, but at least I had integrity… by that time I learned that without integrity nothing works. Integrity between me and myself.

Then I was fired because I could not lie to cover up some scam… doesn’t matter why. 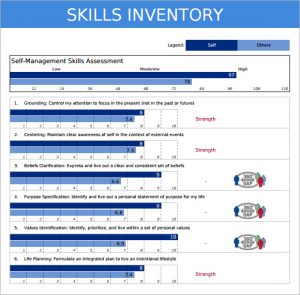 It was time to start something new. I was 40 years old, and penniless. No family, no savings, no government support. I had one thing I invested in months earlier when I had a temp job: I did a really good job there, and I did it with enthusiasm and energy. That company asked me for 2-3 days work of job every month for the next 6-7 months, and that is how I paid my bills, that is how I could eat. Rice, beans, calves’ heart. That was my diet… about two dollars a day, $60 a month.

I did the skill-finding exercise from the What Color Is Your Parachute book, and it helped me find direction: I saw that my skills and my pleasure were converging around putting ink on paper (writing, drawing, design) and communicating.

I decided that publishing magazines is a good match to “putting ink on paper and communicate”, so I applied to two local rags, Pennysavers, for a job.

But while I did that, I also apprenticed with a printer, designed ads, wrote ads… I learned and practiced the skills I thought would be useful for the new field I was attempting to break into. I did all that for free. Eight hours a day. Much like college students do… like an intern, except I didn’t do it for the credits, I did it as an investment in myself, to learn a skill, some familiarity with the new territory.

Since then I learned that Lao Tzu, three thousand years ago, said: Do what’s difficult when it’s easy.

I was jobless… and instead of hanging out, I used the time to add tools to my tool box. I had a direction, and I needed tools so when I got to the place where I do the “publishing” whatever that was, I would have some tools.

I got hired first by one, then by the other little magazine to sell advertising for them with local businesses.

In those jobs, in addition to going to businesses during the day, I volunteered to do work at night, work I wasn’t paid for. I delivered magazines once they were printed. I helped put the magazine issues together, articles, ads, together. I volunteered to write Dining Reviews. I learned awful lot about using language in a way that people would want to try what I was talking about… the food. lol. 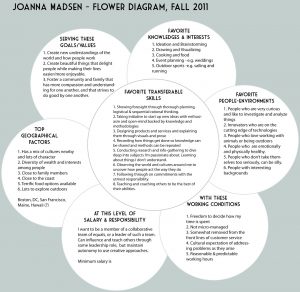 Both companies hired me as advertising sales person.

That is not what I had had in mind, that was a skill I had no experience in, but I accepted the positions. You start where you can… I know many CEOs who started in the mail room or as a janitor… so why not.

I’d also met another architect in Germany in 1980, who sold advertising for the Yellow Pages. This is how he sustained himself between architectural assignments… And I remember respecting him for it, not mentioning the fact that I was infatuated with him… 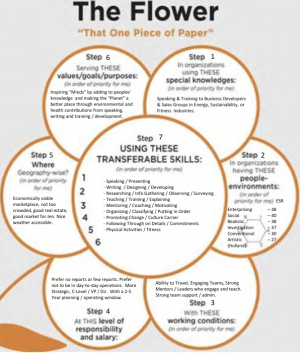 Now, I am sharing this with you because a student of mine wants to work in the hospitality business… and the only job she has been offered is “corporate sales”.

Shall I support her taking that job?

If it had been me: I would not have taken the job.

Taking an advertising sales job, where you go from one store to the next, create relationship with them, help them set up their ad, watch for the results with them… that was closer to “putting ink on paper and communicate” than any “corporate sales”, dealing with people who are just doing a job, but don’t have any vested interest in the outcome… Just a job.

My student is shy, and very self-conscious of what people think of her.

What do you think? Can you offer some suggestions?

Another client also wants to move to a new field. She picked computer programming, IT, or something in the ‘tech’ area.  She has been flying blind until recently, when she sought out and has been talking to a dude who can serve as an advisor to her.

Just like in all my activities where I learned useful skills I had someone to assess my performance, she did the right choice. The dude, hopefully, won’t bs her and she will have some reality in her self-assessment… and finally will succeed.

PS: I help people do the skill finder exercise, and then the narrowing down what they could do that they would be good at and have a good time, one-on-one, in writing, with select people. The price is $15 a week. Email me if you want to know what are your portable/transferrable skills. Coaching with voice is not really available.

PPS: What holds you back is mostly stinginess. Being stingy is based on false economy. You can’t hold onto anything… It’s all in a day’s work. When the day passes your account empties. Energy you don’t use won’t be available the next day…. in fact, just like with batteries, next day you’ll have less to give…

I realized with my Kindle that the factory setting is more than an hour reading before the battery is even close to empty. So this stinginess is everywhere…

The only non-renewable resource is your time. Unless you make it enrich you, you live an impoverished life. Make your time on earth count… build something, build yourself. That is your job.

PPPS: I do recommend that you find out, with the skill-finder exercises what it is you have aptitude/skills for, and what you enjoy doing. Where those two meet is where you should be looking for a new career.

There are not many books published on the topic… 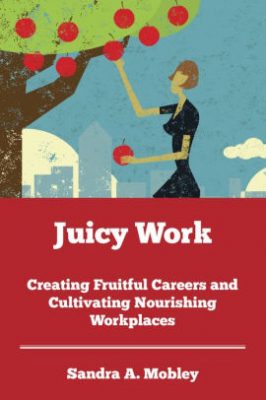 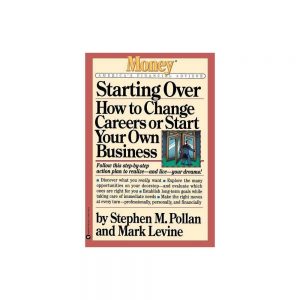 PPPPS: here is a graphic showing what new skills you need to cultivate if you want to become a marketer. Among other things, my job requires me to be somewhat of a marketer… 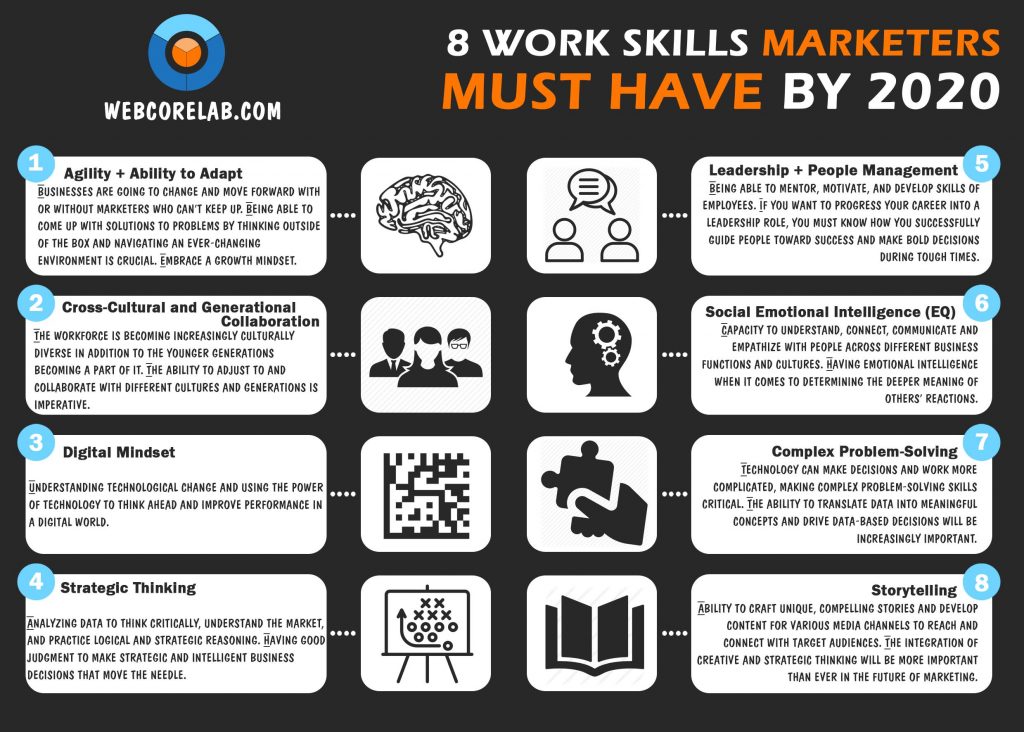