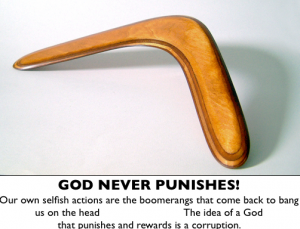 Summary: What people consider positive isn’t… It is actually intensely negative energy… and contribute to the Dark Side and the destruction of humanity.

But teachers teach it… churches teach it… and yet… it is not true, and it is harmful. In this article I will teach you a rule of thumb, that if you use it, you’ll start turning the tides… and your actions and thoughts generators of positive energy…

Remember Deedee? The woman who made a huge list of things that showed how high minded she was?


We are not talking… she now officially hates me and curses me… saying “you are a disappointingly cruel, toxic, self-superior ass, posing as an avatar” Moreover, she says: “I thank The Creator that your toxicity cannot penetrate my psyche and harm me” 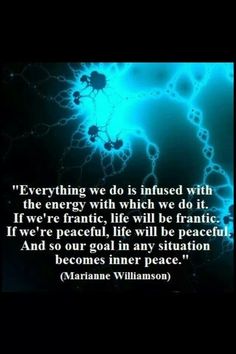 Because unless you have the rule of thumb of how to decide if something is toxic, if something is coming from a negative energy, or not, you will remain a bumbling idiot, or a self-righteous, self-declared saint… but still suffering.

Reminder: negative energy, toxicity is all from one thing: desire to receive for the self alone. Exclusivity. Win/lose. Right/wrong. either you or me.

And positive energy is when everyone wins, or at least no one is excluded from winning.

This is, by the way, all campaigners, politicians, political activists, peace activist, green activist, for or against abortion activists… any activist is the spreader of toxicity, or negative energy. Because is against some people. Even if those people are murderers, rapists, anarchists, or terrorists. Or want to vote for the other candidate in the upcoming election… lol. Or have a different sexual orientation, a different religion, a different eating preference… Or that they are really really really toxic…

So this is the foundation of the rule of thumb: your actions, your intention cannot be against anyone, and exclude anyone… or it is toxic. 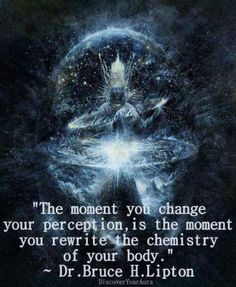 The second part is trickier: does the action, the idea, the intention serve anyone other than yourself? Because even if it is not against anyone… overtly, does it actually serve anyone else?

So last night as I was stretching my legs and my hips, I asked this question: is this desire to receive for the self alone?

It obviously doesn’t hurt anyone me stretching my legs.

But is it serving anyone other than myself?

It reminded me of that line of demarcation Landmark seminar I took near my 50th birthday: Beyond Fitness.

That was the question of that seminar, that I saw no one considered important, including the seminar leader… 🙁

But I did, and I almost got booed… I said: I want to be healthy so I can live till a 120, so I have enough time to make a difference…

At that time I had an experience of having made a difference for about five years… And when I imagine how much difference I made in five years, living another 70 years, being able to work, looked like it made it worth for me to do what I needed to do to get well.

So I was going to get well, personally, so I can be well to make a difference.

Same with my stretching: I could see that no one is served by me being housebound because it hurts to walk. So doing nothing for my mobility was actually selfish and would only serve me and hurt everyone else, because it would automatically render me inauthentic, and ineffective.

The same thinking is what got me over my selfish desire to indulge myself as someone who is always poor… Sounds saintly, but is sinister, toxic, and evil at its core.

Do you need to do overtly and openly altruistic acts to emanate positive energy? No.

Of course the culture, as it currently is, wants you to give till it hurts, but it is because the culture is all negative energy, all about receiving.

Becoming worth a damn, earning what you get, and being deserving what you want is alien to the masses, because receiving something that you earned is not win/lose enough for the desire to receive for the self alone.

Desire to receive for the self alone wants someone to hold the bag, so to say…

So unless you are profoundly, I mean fundamentally counter cultural, then you belong to the culture and to the ever increasing negative energy generated by people.

At this point the Dark Side is winning… it is 70-30… and the only thing you can do about it is strive to transform your own desires to desire to receive for the sake of sharing… i.e. not exclusive desires.

These are all moves driven by the selfish gene… and if you look carefully, 99.99% of your actions come from there.

As you can tell, you are hard pressed to find any actions in your environment that are not feeding the Dark Side.

Which means that you have no one really to emulate…

And they get my input, and my actions are 92% desire to receive for the sake of sharing, and only 8% desire of the self alone.

I am still catching those…

You can use me as a sounding board, and this coming Friday you can get personal coaching on the Recap webinar… if you take this life-purpose to become a human being, important enough to you.

Why it’s not free? Because giving my energy away for free is a violation of my contract with Source… You need to have a give and take life… because burning out doesn’t serve anyone but your ego.