Other stories, like this one, make me cry from two sides…

If you found that you stopped growing beyond a certain age… please cry with me… It may flush away the blockage, and allow you to catch up. Then, maybe, cry for Mrs. Thompson… I cried for me, and I cried for her. Because I had my “favorite and best teachers” of my own. And I have dropped the ball on some of my students…

As she stood in front of her 5th grade class on the very first day of school, she told the children an untruth. Like most teachers, she looked at her students and said that she loved them all the same. However, that was impossible, because there in the front row, slumped in his seat, was a little boy named Teddy Stoddard.


Mrs. Thompson had watched Teddy the year before and noticed that he did not play well with the other children, that his clothes were messy and that he constantly needed a bath. In addition, Teddy could be unpleasant.

It got to the point where Mrs. Thompson would actually take delight in marking his papers with a broad red pen, making bold X’s and then putting a big “F” at the top of his papers. 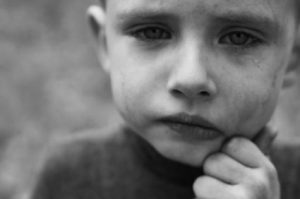 At the school where Mrs. Thompson taught, she was required to review each child’s past records and she put Teddy’s off until last. However, when she reviewed his file, she was in for a surprise.

Teddy’s first grade teacher wrote, “Teddy is a bright child with a ready laugh. He does his work neatly and has good manners… he is a joy to be around..”

His second grade teacher wrote, “Teddy is an excellent student, well liked by his classmates, but he is troubled because his mother has a terminal illness and life at home must be a struggle.”

His third grade teacher wrote, “His mother’s death has been hard on him. He tries to do his best, but his father doesn’t show much interest and his home life will soon affect him if some steps aren’t taken.”

Teddy’s fourth grade teacher wrote, “Teddy is withdrawn and doesn’t show much interest in school. He doesn’t have many friends and he sometimes sleeps in class.”

By now, Mrs. Thompson realized the problem and she was ashamed of herself. She felt even worse when her students brought her Christmas presents, wrapped in beautiful ribbons and bright paper, except for Teddy’s. His present was clumsily wrapped in the heavy, brown paper That he got from a grocery bag Mrs. Thompson took pains to open it in the middle of the other presents. Some of the children started to laugh when she found a rhinestone bracelet with some of the stones missing, and a bottle that was one-quarter full of perfume.. But she stifled the children’s laughter when she exclaimed how pretty the bracelet was, putting it on, and dabbing some of the perfume on her wrist. Teddy Stoddard stayed after school that day just long enough to say, “Mrs. Thompson, today you smelled just like my Mom used to.” After the children left, she cried for at least an hour.

On that very day, she quit teaching reading, writing and arithmetic. Instead, she began to teach children. Mrs. Thompson paid particular attention to Teddy. As she worked with him, his mind seemed to come alive. The more she encouraged him, the faster he responded. By the end of the year, Teddy had become one of the smartest children in the class and, despite her lie that she would love all the children the same, Teddy became one of her “teacher’s pets..”

A year later, she found a note under her door, from Teddy, telling* her that she was still the best teacher he ever had in his whole life.

Six years went by before she got another note from Teddy. He then wrote that he had finished high school, third in his class, and she was still the best teacher he ever had in life.

Four years after that, she got another letter, saying that while things had been tough at times, he’d stayed in school, had stuck with it, and would soon graduate from college with the highest of honors. He assured Mrs. Thompson that she was still the best and favorite teacher he had ever had in his whole life.

Then four more years passed and yet another letter came. This time he explained that after he got his bachelor’s degree, he decided to go a little further. The letter explained that she was still the best and favorite teacher he ever had. But now his name was a little longer…. The letter was signed, Theodore F. Stoddard, MD.

The story does not end there. You see, there was yet another letter that spring. Teddy said he had met this girl and was going to be married. He explained that his father had died a couple of years ago and he was wondering if Mrs. Thompson might agree to sit at the wedding in the place that was usually reserved for the mother of the groom.

Of course, Mrs. Thompson did. And guess what? She wore that bracelet, the one with several rhinestones missing. Moreover, she made sure she was wearing the perfume that Teddy remembered his mother wearing on their last Christmas together.

They hugged each other, and Dr. Stoddard whispered in Mrs. Thompson’s ear, “Thank you Mrs. Thompson for believing in me. Thank you so much for making me feel important and showing me that I could make a difference.”

Mrs. Thompson, with tears in her eyes, whispered back. She said, “Teddy, you have it all wrong. You were the one who taught me that I could make a difference. I didn’t know how to teach until I met you.”

Now, let’s talk a little bit about this teacher, about life, and about life being unfair.

You see, the little boy had something visible holding him back: neglect and death of the mother. But you, I suspect, you didn’t have any “legitimate” reasons… but if you got stuck, and you would not be here if you hadn’t, I suspect, your reasons were more socially invisible… 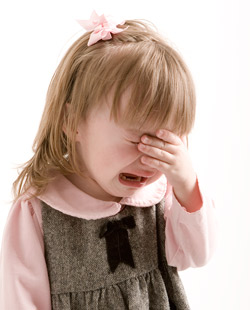 And no one could see, or could care, or would bother to unstuck you.

Moreover, your soul correction is a stuck state in and of itself.

When we were doing the Playground, the program specifically designed to unstuck people, only a few showed up.

Your soul correction was holding the “reason” you are stuck so tightly, you didn’t want to let go… only 4-5 people participated…

I ran that program 30 years ago first, and every single person in it got unstuck…

Because every sticky point is related to something you said. Your perception of cause and effect that was untrue.

You don’t know. And no matter who you are, telling the truth that you don’t actually know is tough. Because we all think that not knowing means you are inferior. So we make up stories that keep us hostage…

I did, you did, and scientists do today, making us sicker and stupider than we would be without them

The most intelligent thing is to stay flexible.

Evolution favors, not the smartest, but the most changeable… You can change? You can pass. Can’t change? You become extinct.

PS: if you cry for the same old reason you cry over anything… you need to look again, and find a different reason to cry… that is the first step in becoming changeable. Do it now.

PPS: Make another test… read the story on my podcast blog… and tell me if you are crying for the cat, the rescuer, for yourself?

You can really glean incredible insight for where you got stuck through stories that make you cry.