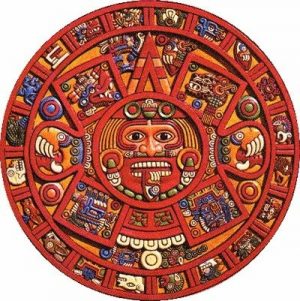 Why didn’t the world end like the Mayan predicted?

The Universe is not exactly a cause and effect phenomenon, it is too complex to detect causality in it. From the limited perspective of the human mind, no causality can be detected… it looks random and capricious. 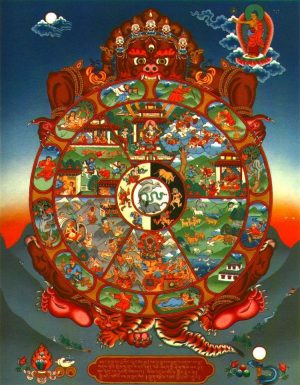 …I learned that the reason you can’t see this cause and effect thing, because G-d in his infinite wisdom, put time between the cause and effect, so you can exercise your free will, whether you are going to be a good boy/girl, or a bad boy/girl. So you just have to believe them.

In Christianity if you are bad you go to hell, and it’s a direct cause and effect. If you could come back from hell, you would be able to tell us what it’s like, and then we would know. It would be as effective as burning the child’s hand on a hot stove while saying ‘no’. It would be clear to all of us not to be bad… whatever bad means.

For a child, everything happens because of them. A child cannot see the other side of things, cannot see the invisible. The child says: my mom left me in the street because there was something wrong with me. My sister died because I was angry… or heavy, or bad, or whatever… a lifetime of anguish and guilt, and trying to be different-than-I-am, trying-to-be-not-me resulted.

Parents, siblings, teachers, church people seem to be only there to make you feel guilty: it is all your fault.

So, it is not clear how you cause anything, because of time.

Bad people get rich, good people die… confusing. Doesn’t make sense. It cannot be comprehended with the 2-bit system of the human mind. 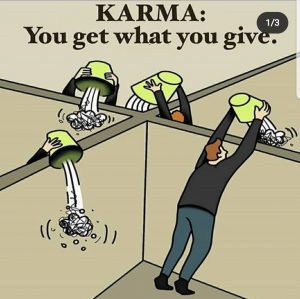 Karma is another way to explain time away, explain why you can’t see cause and effect… instead of telling you the truth: the Universe is not a cause and effect phenomenon.

So you are alternating between feeling guilty and immensely powerful, and the other extreme: weak, vulnerable, incapable, fearful, undeserving.

This is the world we live in. Caused by the trick magic  mirror of cause and effect. 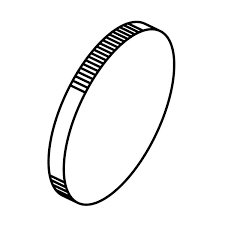 Being the cause of everything bad could make you feel powerful. But as the means are not clear, how you cause it is not obvious to you, the vehicle with which you cause everything is not visible to you, or more like it it is not even true, you feel totally powerless and throw up your arms.

You hand over the power to scientists, teachers, doctors, lawyers, politicians, and tell them to figure it out while you are attempting to carve out a little life for yourself.

There is another way. I learned it some 26 years ago. It is a different mindset, a different worldview from what we are indoctrinated to believe and suffer from.

The statement that causes the shift between the two worldviews is simple. It says:

There is something I can say in the matter.

It used to be the worldview that the world was flat. It also used to be thought that diseases were caused by bad blood, and blood letting was the cure.

It is much like the joke: when you have a hammer, everything looks like a nail. But everything is not a nail.

If your worldview is that you are nobody, for example, everything you do is going to come from that worldview, and everything that you do will strengthen that worldview: you’ll try to make yourself somebody, significant, needed, important, so you are NOT nobody. Interestingly, the only thing you won’t do is what would make you really somebody… but we’ll get to that in another article.

Moving from one worldview to another is traumatic to the ego.

The ego insists on continuing the worldview: it has all its roots, all its strength in the existing worldview.

All worldviews are inaccurate: we haven’t come up with a worldview that doesn’t limit us, that can be shared by all… although some worldviews are more limiting than others.

What does ‘There is something I can say in the matter’ do that it creates a worldview so vastly different, that you can’t even fathom it now?

Then hand will follow the mouth: it always does. 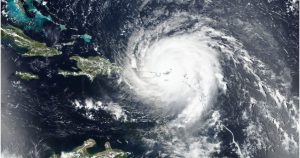 Now, returning to the original question: what causes the weather extremes we’ve been experiencing?

And please don’t consider a simple cause and effect, like the falling dominoes, or the house of cards.

There it is really easy to see. But everywhere in nature it’s much harder to see.

Let me make a stab at the process that ultimately results in dis-harmony.

The current worldview on the planet is governed by time, more importantly by the future.

Why? Because you use your mind to access the world, not your awareness, not your consciousness.

What you think is your consciousness isn’t: it is your mind.

The mind is not capable to be with the now: it is by design only interested in the past and in the future. This mind largely overlaps with a right-wrong mechanism, called the ego. A false self that masquerades as you, and thrives on your wanting.

In incidents when your ego-mind doesn’t like the results of what happened, you deny the Self that was guilty in that incident. The guilt, the shame, the self-condemnation sends away that fragment of the Self, and thus, in every such incident, you become more and more fragmented as a Self.

An average person misses by virtue of having abdicated, of denial 93% of their original Self.

When I first looked at mine, about two years ago, from the little sharp edged piece at the bottom didn’t allow me to reconstruct the original shape of the Self.

I searched my memory for the missing pieces and I found a lot. I worked continuously six hours and restored my Self to 90%. Two weeks ago, in the Activate Divinity Program, I found another piece, and now my fragmentation got reduced to 7%.

Two students of mine brought their number down to 20% each.

Now, why am I bringing this up here, when I am talking about the weather?

Because each Self broadcasts to the Universe, every minute of every day. And what a fragmented self broadcasts is their broken self. Their disharmony, Their wretchedness. Seven-billion-fold.

As an empath, I see energies. Actually, I feel them. Spatially.

Your energy makes more damage than your actions. Your anguish, your worry, your fear, your jealousy, your anger, your possessiveness, your pretense love, your white lies, your gossiping, your callousness are in the language that is understood by all systems: those are energies. Disharmonious, destructive, toxic energies.

I have read a young girl’s challenge today. She asked us to give one hour of your time to someone you love, and just listen to them.

It’s too little too late. It’s a drop in the bucket.

In the pre-internet age, this was inevitable. Is it inevitable now? In spite of the fact that the internet and other instant distractions, false urgency producers, etc. that further fragment our being, it seems to me that we can rise from our ashes and grow more beautiful, stronger, like the phoenix.

Or could it be that we are flailing, afraid to hit bottom?

In another article of mine I suggest hitting bottom, as a mindset.

I do not believe that an ordinary ego-mind driven human being is really willing to do that: I have had hundreds of clients who refused to do that, and none so far that was willing.

I have a student who has been a student now for about 3 years, and was actively fighting hitting bottom.

Hitting bottom hurts your precious ‘I’… and it feels like you are going to stay that way.

Recently, given this pandemic, I have been doing weekly workshops, and some of those are mighty offensive to the ego/precious ‘I’… and he got really angry at my.

But I didn’t relent… and finally, without ever saying so, he must have declared hitting bottom, because he started to do the things that will raise him up and up and up… to where he belongs… to where he has always belonged.

Before you can take any of my workshops, whether they are free or paid, you need to get your Starting Point Measurements done.

Get your Starting Point Measurements
Once we see what is amiss with you, what keeps you not at your highest possible place in life, I can recommend next steps… if you want.