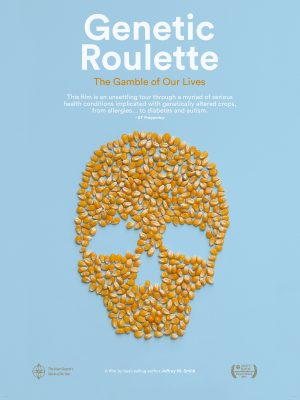 have a simple, cheap, and accurate report you can order… and I’ll be able to tell you some 20 health measures… and also where your problems are coming from.

Lately I have a slew of people with cancer of all kinds asking for this report.

The first in the causes that I have been not checking, is your way of thinking… and that has been a mistake… even if checking it would be unclear for most people who read their report.

How you think, what you pay attention to, what are your untested assumptions, what bs you believe if it is said by an authority or the TV or the press… will have more long lasting effects on your life, on your well-being, than most of the things you think will make you well.

If I wanted to be popular, I would write about your weight, your money, or your love life.
But being popular is very overrated: it means being exposed to the dumb, ignorant, curiosity seeker… and thank you, I am not interested.

So I hope this article reaches at least a handful who isn’t that… dumb, ignorant, curiosity seeker

I like to believe that I am well rounded, inquisitive, curious, and well read…

And today I had to find out that in some regards I am as clueless and ignorant as most people.

I stumbled upon a movie, Consumed, that shook me to my core…

It’s about the harmful effects of GMO… genetically modified organisms… food and such.

The chemical giants that do the genetic modification, splice in a piece of a virus into the genes of the plant, to modify how it behaves.

I know I cannot eat anything that is GMO… but I didn’t know, didn’t guess that it is such a big issue, especially in the United States where people area eating machines, and ignorant as can be.

We, in America know, or at least think we know “organic”, but we are trained to be chemophobic, and not think what is inside our food.

People who buy organic, with maybe a few exception, think that it’s organic because they didn’t use chemicals in the soil or on the plant.

And it may not be a big deal…

The big issue is: are they using natural seeds, or GMO seeds?

And when I go to the supermarket, in the same bin, looking almost identical, lie vegetables: one is a yes the other is a no, when I muscle test them. It’s now every kind of vegetables, not just corn, and soy… but every vegetable.

Soon there will be no food on the market that your ancestors thrived on… had high sperm count, were cancer free, and healthy.

Like in nearly any area of life: I can’t help you if you do nothing for yourself…

But why wouldn’t you?

Maybe you are just lazy, slothful, dull, dead inside.

Maybe you are just ignorant about most things, a nerd, or just someone who prefers not to use their intellect for anything other than to put make up on… or grow scruffy hair?

I only want to talk to people who are willing to leave that ignorant, dull, dead inside life, and actually start becoming expanding… and growing, and alive.

In the novel, Seveneves, the world population, humanity, re-created itself from seven women, and two men…

Even Noah’s bark did not take more than two humans… that is all you need.

But just know, when the rubber hits the road, slothful, ignorant, dead… won’t be the criteria to be chosen by.

I want you to become alive… inside and outside. Care. Care about knowing, deeply, care about growing…

You’ll be better for it.

Get your Health Measurements
Warning: this report will not tell you what disease you have. If you want me to look further, please select the ‘what does all this mean’ consulting, or I am sorry, that is a very time consuming process for me, and I won’t do it for free.