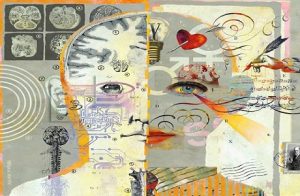 The West, the culture of the West is forcing. Forceful. Goal oriented. Mercantile.

No one is interested in the process, only in the result.

Western people are unhappy, and don’t even know the meaning of joy.

The Western religions suggest that you should go for heaven… the some day one day goal of being happy, and the earthly existence is the Valley of the Shadow of Death. 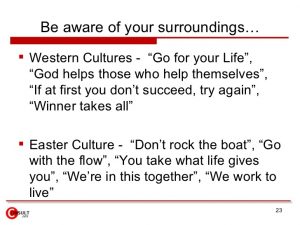 This is not a dissertation on the two cultures, so what I am saying is incomplete, and probably not even quite true… but if you can forgive me for that, then I can move to what I intend to talk about… something that is sorely missing from human culture: the median… the marriage of those two ideologies.

I am not saying no one created it before, I am only saying that I haven’t encountered it, and neither have my students.

Kabbalah, in this regard, is 100% accurate. Not in its interpretation, in the distinction, in distinguishing what works and what doesn’t.

But just like anything, it is not what’s written that matters, it is what people read that matters. To them.

And you can only read on the same level where your consciousness is. And in this regard, I put an equal mark between consciousness and vibration. 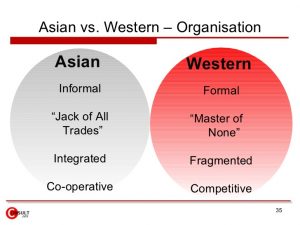 This is true in every discipline.

You can pretty much tell where someone’s vibration is when they explain something that is above their “pay grade” so to say.

It’s OK, this is just how it is… and you need to know this.

This, among others, means that you’ll learn from people NOT what there is to learn, but their understanding of it.

Unless you have a large body of knowledge, lots of experiences, you won’t even see that there is a discrepancy.

And neither does the “teacher”. 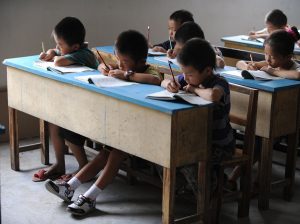 So they teach their understanding not as “their truth”, but as “THE TRUTH”… and they don’t even know that they are lying.

Now, what does this mean to you?

The biggest challenge for me is to say something on your level of consciousness.

I don’t have the talent for it. I don’t like children because I don’t talk children… as a consciousness.

So instead of stooping or squatting or whatever nasty gesture you need to do to try to fool a child, I just talk the way I talk… and make efforts to build you up.

My own experience with a few distinctions has been this:

I hear the distinction first. It probably makes no sense. So I make us shit… about it.
Then I build more knowledge, take actions to test… and after, in my case, years, I get some insights… and after a few more years even more insights.

Then I find myself fully living the distinction… but I am still on the unconscious competence level… I can’t really teach it. I feel it… I be it… but can’t explain it.

Such is the case about the Kabbalah distinction: desire for the sake of sharing, and the pathless path, which is a Zen/Tao distinction.

I am not worried: you are not close to getting it, although it is a question of degrees.

Some of my students are closer than others.

Here, when I look, is a distinction that may surprise you: the two students that are ahead of the others are

-single and male…
-are working on a project
-are diligent and thoughtful in their doing the 67 steps
-have changed their diets sufficiently to raise their health number to 30%
-allow me to be ruthlessly compassionate with them, which often is quite brutal…
-take the coaching like a champ
-neither of them has to worry about survival… money to eat, a place to live. It is handled…

–Now, why is being single important? Because being married cuts you by the knee… because “the other” is now claiming ownership of you… and there goes your life. You are a thing to be owned.

–Is there a difference between a woman and a man… beyond being single? I have found that yes. Two things: women want to be liked, want to be sexy, pretty, and this is the primary objective, no matter how much they say they want success, meaning, health, happiness… they are unaware that the genes are winning and their lives are not theirs, they belong to the selfish gene.

–you’ll do the 67 steps your way… diligently and thoughtfully, or in a slapdash manner. I have a third single male who is quickly rising… because he is winning in this aspect. All other factors unchanged: this is the most important factor to raising your vibration.

–obviously raising your health number will automatically make you more intelligent, sharper, and calmer… I have beaten this horse to death… Same about hydration. The two numbers go up or down hand-in-hand. If you haven’t had your health call, I have a special starting tonight…

–this is the last factor: if you can’t take ruthless compassion, then your pain threshold is low… but life gives you more pain that I do… so you are probably not willing to grow at all. You need to be tough… there is no way around it.

Now, no matter which culture you come from, you truly and wholeheartedly think that you can raise your vibration fast…

Am I right about you?

But the fence that goes up fast will fall down fast… this is what I found out when I did the work FOR people, instead of them doing it for themselves.

The reason there are only a small number of people who have relatively high vibration: seven people whose vibration is above 500, including myself. Only myself with a vibration above 600.

As long as survival is an issue, it takes precedence over personal growth. And as long as greed is the driver, the person cannot consider their current level of prosperity high enough, so they are always in survival mode.

The reason is that it’s a lot of work and it often clashes with survival. This is the main reason for 70% of people who could be in the game but aren’t, and complacency for the rest.

PS: No matter where you are at in your journey, your job is going from not clear to clear… every step of the way.

This is why you need a coach… A coach who knows.

For example, unless I know that saying “no” to your mind is the wrong way to go… I won’t be able to guide you to clarity.

Here is how the conversation went:

I’ve had a glimpse today with my mom and researching diet… It felt freeing to let go of the 3 year old’s arrogance for a while. And your recent article on astuteness and curiosity — damn, that really seems to be the secret I’ve been missing. The cause of a fragmented life, and to a great extent all the resistance, too.

It’s time to start reclaiming control over my attention, saying no to the monkey-mind wanderings that I’ve been indulging, that hijacks my attention and prevents flow from ever happening. By deciding: okay I’m doing this now, giving it all I have: everything else, and especially automatic thinking — out!”

I catch the fundamental error… and attempt to bring clarity instead…

OK, there is something I don’t say in that article: the mind will always do what the mind wants to do.

I observed what happens from the Witness perspective today, while I was making my scrambled eggs… making them creamy and yummy.

The mind did not stop jabbering. Not even for a moment.

Telling the mind to shut up is forceful… and whatever you do forcefully is what is owning you. 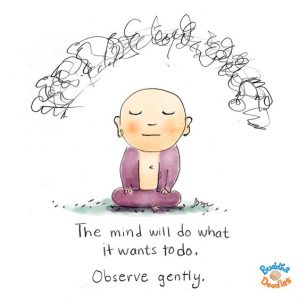 So don’t say no to the monkey-mind. Just say yes to the attention, and gently take the attention back while the monkey mind is still too strong and can steal your attention.

I am now beyond that… not even once a day I have to do that.

This is what they never really teach people: saying no to the mind is fixing, forcing, violence.

Instead you can allow emotions, the mind, other people, noise, to do what they do, while you are identifying yourself with your attention…

Takes practice, but you have 24 hours a day… and once you know how it works, it is fast. I mean the learning.

Without having a coach, you are ALWAYS on the wrong path, because the strait and narrow is REALLY NARROW. You need a navigator. A knowledgeable navigator.

And to lighten the mood… here is a joke 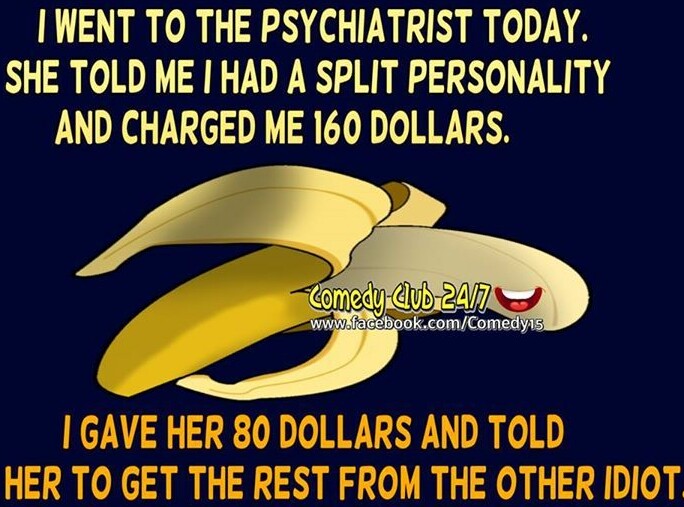