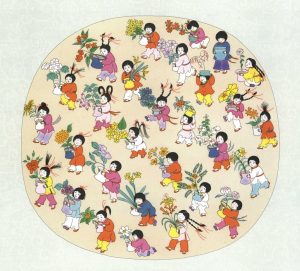 I had a webinar today. It was my regular monthly public webinar… but this time I wanted to show how to measure your food and supplements… so you don’t depend on me for all your answers.

I had to use my webcam, obviously, to show what I needed to show, for muscle testing is highly physical.

I look the way I look… not well groomed, I have a barber buzz-cut my hair, it is thinning, no makeup… and I had to stare at my reflection the whole time.

I don’t even look in the mirror, not even once a day.

I didn’t like the way I looked, but that is how I look.

I used to have that thought all the time.

So I am going to do an encore presentation next week.

In the meantime, I am being with looking how I look, having made a mistake, and that is normal.

One of my clients said it best: people are on my webinar to learn from me… not to look at how I look… I am humbled.

And here is a story I borrowed from a student of mine:

but from our point of view, a better title would be

“What seed are you planting?”

A long time ago in China there was a boy named Ping who loved flowers. Anything he planted burst into bloom. Up came flowers, bushes, and even big fruit trees, as if by magic!

Everyone in the kingdom loved flowers too.

They planted them everywhere, and the air smelled like. perfume.

The Emperor loved birds and animals, but flowers most of all, and he tended his own garden every day. But the Emperor was very old. He needed to choose a successor to the throne.

Who would his successor be? ‘And how would the Emperor choose? Because the Emperor loved flowers so much, he decided to let the flowers choose.

The next day a proclamation was issued: All the children in the land were to come to the palace. There they would be given special flower seeds by the Emperor. “Whoever can show me their best in a year’s time,” he said, “will succeed me to the throne.” .

This news created great excitement throughout the land! Children from all over the country swarmed to the palace to get their flower seeds.

All the parents wanted their children to be chosen Emperor, and all the children hoped they would be chosen too!

When Ping received his seed from the Emperor, he was the happiest child of all. He was sure he could grow the most beautiful flower.

Ping filled a flowerpot with rich soil. He planted the seed in it very carefully. He watered it every day. He couldn’t wait to see it sprout, grow, and blossom into a beautiful flower! Day after day passed, but nothing grew in his pot.

Ping was very worried. He put new soil into a bigger pot.

Then he transferred the seed into the rich black soil.

Another two months he waited. Still nothing happened.

By and by the whole year passed.

Spring came, and all the children put on their best clothes to greet the Emperor.

They rushed to the palace with their beautiful flowers, eagerly hoping to be chosen.

Ping was ashamed of his empty pot. He thought the other children would laugh at him because for once he couldn’t get a flower to grow.

His clever friend ran by, holding a great big plant. “Ping I” he said. “You’re not really going to the Emperor with an empty pot, are you? Couldn’t you grow a great big flower like mine?”

Ping’s father overhead this and said, “You did your best, and your best is good enough to present to the Emperor.

Holding the empty pot in his hands, Ping went to the palace.

The Emperor was looking at the flowers, one by one.

How beautiful all the flowers were!

But the Emperor was frowning and did not say a word.

Finally he came to Ping. Ping hung his head in shame, expecting to be punished.

The Emperor asked him, “Why did you bring an empty pot?”

Ping started to cry and replied, “I planted the seed you gave me and I watered it every day, but it didn’t sprout. I put it in a better pot, with better soil, but still it didn’t sprout!1 tended it all year long, but nothing grew. So today 1 had to bring an empty pot without a flower. It was the best 1 could do.”

When the Emperor heard these words, a smile slowly spread over his face, and he put his arm around Ping. Then he exclaimed to one and all, “I have found him! 1 have found the one person worthy of being Emperor!”

“Where you got your seeds from, 1 do not know. For the seeds 1 gave you had all been cooked. So it was impossible for any of them to grow.

I admire Ping’s great courage to appear before me with nothing but the empty truth, and now 1 reward him with my entire kingdom and make him Emperor of all the land!” ·’

If your flower is not growing, check the seed. The seed is a dominant belief… We all have it. It is wedged into our energetic self much like an energetic attachment. It is like an aggressive weed: it can and needs to be pulled.

Another energetic aspect is the drain around which you circle… and what you want to avoid… the doom. We all have it, and it prevents us from moving in a straight line towards what we want, because it forces us to go in circles…

I can pull these energetic attachments, but you need to consciously embrace your dominant belief and your doom… or it won’t make much difference.

I need your soulcorrection for this “energetic surgery”.

Here is the paypal button to pay for this service.