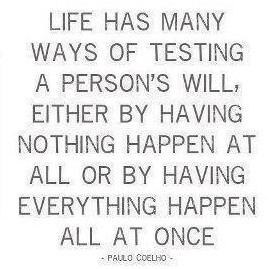 I watched and followed the first Metabolic Prime workout videos.

He said something interesting that I want to expand on: resting is part of working out.

I live on the top of a hill. When I moved here 13 years ago, I could walk down, around the hill, and up again, on a different street, in 12 minutes. I clocked it.

Today, due to aging, pain, and lack of exercise, it takes me 3-4 times longer. A big deal.

So when I signed up to the senior exercise class, I was praying that I could get back up the hill, on my own power… but took money with me for a cab for security.

This was three weeks ago. 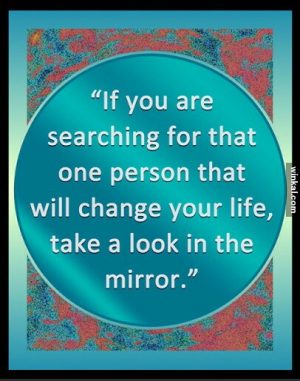 Yesterday I came up the hill with only two breaks to allow the pain in my legs to subside, and without holding onto the rail.

I got four-five times stronger in a month.

I did nothing on the other days… especially not walking and climbing stairs.

The trick was the week long rest. My muscles recovered, breathed, and were ready for the next attack.

Previously I was trying to walk 10-15 minute a day… and had no results at all. I didn’t get stronger.

OK… here is the meat of this article.

It works the same way in everything. Learning, growing, spirituality…

There is an antiquated rule that you have to do things often, regularly, or they don’t count.

How do I know? I track your anxiety… at least key people I keep an I on.

I have clients, definitely bipolar personalities, who come strong, and then completely lose it. But they suffer. 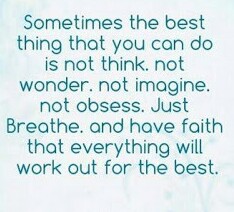 I am talking to you now: resting is part of the process.

I don’t do a step a day. I take most of Monday and Wednesday off… I rest when I am tired. I don’t sleep, because it would immediately put me on the path to depression, but I rest.

And most importantly: I don’t live a have-to life.

I don’t have to anything. I do things that are aligned with the direction I am going when I am inspired to do them.

It’s important to state, that I don’t do ANYTHING that is not aligned, that doesn’t take me in the direction I have decided.

I don’t have distractions, loops, sidetracks… I am lucky, I am not much attracted either, but I could…

If you don’t know where you are going, I mean the direction, then you probably do a hodge podge of things… no rhyme, no reason, no fulfillment.

That is one of the results I have been observing: people gaining clarity, after having done a full circle…

Having a direction is amazing. It acts as an organizing principle for life. Your life. You can easily see if an action takes you closer or away from that direction. So choosing is a no-brainer. 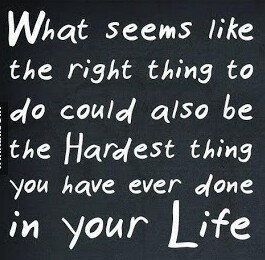 Now, certain soul correction where appearances are more important to the person than results, this clarity comes with a lot of trepidation… and may never get established, unless the person can tame the tiger… making promises, piling up obligations, and being overall cowardly.

The secret is: getting enough uplifting air under your wings so you can fly, rest, fly, rest… and always know that taking a break, resting, is not the end of the journey, it is not failure, it is not breaking your word, it is part of the journey.

PS: Some 47 years ago, as I came out of the hospital, my boozing friends were waiting for me, not my parents.

An hour or two later I saw that unless I return to the fold, and resume my university studies, I wasn’t going to ever finish them… and I will waste my life.

You need to know when the rest is over, and it’s time to start pushing again.

I did. It was hard, the superhuman effort it took is one of the big successes I have under my belt. I learned that I am tough, resilient, and I can do anything.

PS: dutiful is an ugly thing… it is an abuse to the human spirit. If you find yourself dutiful, start examining it, and releasing the duty, if possible.

Dutiful is an attitude, a relationship, entirely from the Selfish Gene… It is also an antiquated rule of yours… Shift it. Pick something else to look at while you do what you do… And turn the duty into a pleasurable contribution, something that serves you more than the recipient.

It is all up to you. There is no “duty” out there, only in here…