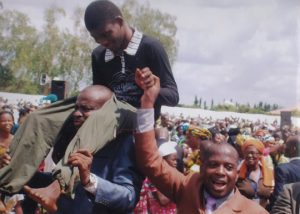 If we compared you to a house with its architecture, rooms, utilities, equipment, furniture, wall-paint, etc. we would be able to see a lot of the hokiness 2 and untruths that are being disseminated today by the looters, and believed greedily by the moochers. You. No offense, just stating the facts. Moocher and looter are distinctions, objective and well-defined, and unless you get offended by the truth, you won’t get offended.

If you are here because you have an honest desire to have a life worth living and to have a body working for you, not against you, you may want to relent your rigid standards as to what is true, and what is nice, and how it all works. What got you where you are is all those hoky truths, your standards and ideals, so let’s put a question mark to all that, and let’s question it all, OK?

I am working with the analogy of a house, because we all can relate to that.

The question I am going to deal with, mainly, in this article, is “instant healing,” but all I say will also apply to everything in life, your emotional well being, your career, your relationships, your whole life.

One layer is architecture itself. The design. The size and location of the rooms, their interconnectedness, the size and location and design of the windows, doors, closets, heating vents all are going to effect the quality of life of the person living in the house.

You can’t expect to be elegant in mind, elegant in spirit, if your environment isn’t.

Thinking is thwarted by a house that was designed by an unthinking brute, an artiste, even if the designer was yourself. Same is the case with the intention of the design or who commissioned it. The seed level. It all effects you now, maybe decades after the house was built.

I could tell you the story of my life from the shifts that were allowed, or prompted by the different living accommodation I’ve had, how in certain houses I suddenly became a hapless victim, and others I became a creative genius.

Your willingness to use your mind for thinking partially comes from the environment you grew up in. Physical environment included.

If your mother, the primary influence in your life gave you mixed messages what is allowed and what isn’t, what earns you smiles and what earns you frowns, or even beating, you will abandon thinking because you learn that there is no rhyme and reason in life, so thinking is futile.

Inconsistency in response creates a sense that there is no reality, that reality shifts, that life is dangerous, and you can’t count on A to be A next time. In an environment no thinking, no learning will take place, you will be testing your environment till you die, seeing what you can get away with, while doing nothing useful other than testing.

Testing your boundaries has an “age” to it. It’s natural and useful for a 3-6 year old, but totally childish for an adult. It’s a good indication that you grew up with mixed messages. One version of that is “Double Bind” where the body and emotion gives a message different from the words: it can lead to no empathy, and often enough to mental illness, like schizophrenia.

That is layer one, architecture. It can go wrong in a thousand different ways.

In my class, in architecture school, we were 96 people that graduated. More than half of them are horrible designers. They were hired more often and more willingly than the good designers, the top of the class, myself included, because when you have money to have something built, you will want something that reflects the state of your self: warped, fragmented, looter or moocher… Big rooms, no light, ornaments and no substance.

Your first layer, learning that there are absolutes in our physical universe, and things don’t shift, they are not maybe, wishing or wanting won’t effect their state or existence is the first layer, like the bare walls of a house.

You would learn that your product your created belongs to you, that you should only be proud of what you built, and what you can build, and not how you feel, not how you look, or not who you know.

I, personally, don’t know anyone who has learned that, but if someone, even partially learned that, these are the producers and the riches of the earth… and I know a few of these.

When you talk to people, the conversation never goes as deep as their moral code, their moral foundation: they take it for granted that it comes with life, and all people share it. This is why Napoleon Hill didn’t get to learn and teach this moral code, the foundation, and he died penniless, at the mercy of another man.

That this moral code comes with life, automatically and naturally, is furthest from the truth. You learn your moral code from your environment, by observing and by words.

In my last Activate Divinity class we went deep into this first layer, and to their surprise, every participant saw the warped shape of their foundation: no wonder their lives don’t work, happiness is not forthcoming, and in their lives, they are trying to do as little as they can get away with to still have the right to breathe the next day.

The second layer is all the ways you’ve been trying to get love and appreciation. The inconsistent answers, the push and pull of people, who were as warped as you have become, made it impossible to become a healthy, self-esteemed, proud individual: demanding value, demanding that your affections be earned, and earning affection in turn.

You chose the object of your affections not by their virtues but by their weaknesses, weaknesses that will allow you to get away with being inferior, giving nothing or not much, and continuing the cycle of degradation.

The third layer is your relationship to challenges, to mistakes, to errors, to failure.

The fourth layer is your desires, your physical desires that in the previous layers got, somehow, declared dirty and unsavory. And now, depending on your acceptance or refusal of that “moral”, you are either a monk breaking your wow of chastity, hating yourself for it, or you are a lecherous pleasure seeker using everything and everyone to fulfill the desires you have, at the expense of all, including yourself.

The fifth layer is your relationship to knowledge. Thinking, rigorous thinking, critical thinking, creative thinking, while gaining direct knowledge about the world.

If you are a normal human being brought up by normal parents, went to school, your chances of retaining any capacity for intelligence are nil.

If you are a normal human being, you don’t know your Self, you are much like a rat in the lab that got rewarded for an action one day and punished for it the next. The rat, after a while, balls itself up and refuses to cooperate: he prefers to starve himself to death. You, a human, has had a few choices, though you would have been luckier to die: you could go schizophrenic, depressive, manic depressive, which are all a human being’s way of refusing to cooperate with a world that is not rational, that doesn’t make sense.

Or you could dumb yourself down and now live the rest of your day without light in your being, hoping to make it through another day.

Of you could go the mystic path: there must be something… but it’s not up to you. You went wishing, hoping, holding your hand out, making plans, having daydreams, repeating mantras, meditating, following a guru, joining a cult, but not really willing to do much of anything, it’s useless anyway…

Or you could choose to become a criminal: looting and duping the people that were looking for mystical answers and solutions to their problems… most gurus belong to this category, some more than others. Some are themselves duped… some know that they are criminals, Sai Baba was prime example of this, he knew it.

Chances of coming out of this predicament and become a producer are the slimmest (given the number of one half percent in the US, one percent in the whole world.)

And I could go on and on layer after layer.

Instant healing is part of mystical thought: A is not A… You can create something from nothing.

You will find plenty of people that are willing to take your money to do some hocus-pocus… and you may even feel better afterwards. Real healing returns you to the state where you can rebuild the house, rebuild your Self layer by layer, to be healthy, based on the solid foundation of A is always A, your value doesn’t come from other people, and only creative problem solving thought and labor can build anything of value.

OK, you ask, but if that is all true, how come I have a Self-Healing Course?

I never utter the expression “instant healing” when it comes to my activities. Just like in a house you can do repairs, and you can learn to do the repairs yourself, repairs, adjustments, are necessary and good, and possible.

But my most effective “weapon” of healing are the audio downloads I created while in the Avatar State, the “Harmonize Your Vibration,” the “Eliminate Procrastination“, and “The Abundance Mindset Generator,” with one more planned, the Awaken Your Intuition… due out in a few days..

In the month or so since they have been used by my students, the results I observed were comparable to two-three years of intense processing and “repairs” done with my other methods. Compared to that, this last month has been “instant healing.”

This is why I have been retiring all my other programs of transformation, and am concentrating on two objectives:

1. Causing deep shifts and re-structuring with the Avatar audios
2. Making it easier for people to live their daily lives by using healing energies either on my calls or by themselves in the privacy of their own home. I include the Heaven-on-Earth-remedy in this category. It is as valid as it has ever been. And it feels like instant healing.

And finally, let’s laugh a little bit. When you can laugh, it is an “instant healing.”