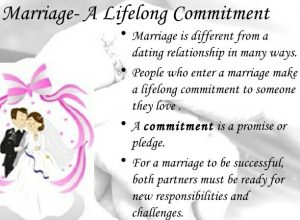 Ever asked the question why people get engaged? Engaged to be married…

Engagement is making a commitment…

But commitment is tricky.

They come from either an outside goal or an ego goal… and they don’t get the support of the Intrinsic Self.

The engagement period drives up the real sentiments, and if there is any honesty, will prove or disprove the authenticity of the commitment.

Authenticity means: coming from the intrinsic Self. 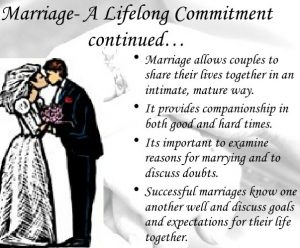 Now, if you don’t have this distinction, then you are surely miserable.

You probably have amassed a slew of commitments you made and then did nothing… Am I right?

That is because you think commitment is binding.

The kind of commitments the mind makes, or the ego makes, are best viewed as words thrown out like a test.

Of course if you promise someone something… that at the time looks like a good idea, you better let them know you are not going to do what you promised, and bear the consequences.

So in this article I am going to deal with the promises you made to yourself that you broke. The broken dreams and aspirations, and pipe dreams, and grand plans…

When you make a promise, or as you call it “commitment” and you find yourself doing everything else but that… your intrinsic Self isn’t into it.

They were ego driven promises… to have something, to look good, to prove that you are good, smart, worthy.

But some promises are aligned with what the intrinsic Self wants, but they are worded wrong.

The wording, the context is crucial here.

It wants to know, it wants to experience, it is curious.

It’s like a child… it is interested in the box, not the toy that came in it.

I am really good at creating catchy contexts, but the intrinsic Self won’t be fooled. 🙁 lol

Two years ago I wrote a really interesting article, where I made a list of possible actions for myself, if I wanted to make enough money to move…

Every single one of those actions is something my intrinsic Self said no to. Bummer? Looking back, all those paths were leading to dead ends.

I still cannot afford to move, but I am not stuck. I am shaking my head as I am writing this. Life has cleared up a lot… The more no’s you can say, the clearer the path becomes…

Truly the strait and narrow… Amazing how life proves the veracity of certain principles, while disproves others.

One of the reasons people don’t want to do a coaching program, because they don’t want to commit to a path… or to any action… really.

Their lives is already full or should’s… full of “commitments” they have to do… obligations, dependencies, a life they cannot call their own.

Here is the thing: if you want a thing done: give it to a busy person.

If you want to make your brain powerful: take it the breaking point.

If you want some clarity in your life, start making commitments as tests, and start observing.

You see, it is not necessary to be a slave to other people, even if they are your spouses, parents, or your bosses.

You can carve out autonomy inside the most unfavorable circumstances: autonomy cannot be given to you. It can be supported, but ultimately it is up to you.

Most people look to “scriptures” to guide them. The New Testament is scriptures. Confucius teachings: scriptures. The Indians have their many scriptures.

Scriptures are without… outside…

Many people look to their tradition, family, spouse, parents to guide them to the path… to making decisions. all without…

Other people use “teachers”, gurus, healers, shamans for guidance. All without…

If you want to become a Human Being, you need to find your inner guidance, specifically the guidance coming from your intrinsic Self..

Inner doesn’t necessarily mean intrinsic Self. Instinct, greed, ego, chemical urges… all inside the body… but yet they are considered without… without the vertical plane. Coming from this world, not the Beyond…

Human Being is a person who is guided by what is beyond this world… while being successful, facile, joyful, and happy in this world.

I am very fortunate: I have now an exercise leader who bubbles with joy that is coming from the inside. His Self is fully expressed during our classes on Tuesday.

Judging from his vibration, 200, this doesn’t carry over to the rest of his life, or maybe he is not expanding, not growing. But at least an hour or two a week he lives in the vertical dimension of his life. Extremely rare. I am lucky to have him in my life.

The students in the class… efforting, trying, maybe funny… but no inner joy. Exercise in order to delay death and dissolution… Not a fun context, is it?

One of the brilliant and horrible things that happen in the 67 step coaching program is this:

You are asked to set some goals, some actions… And then observe.

Depending on what you do, you “find out” by the principle of “strait and narrow” what your intrinsic Self wants.

Most of the things you see to do are of no interest to the intrinsic Self.

Or the context is off…

You are driving the horse in the direction it is going…

Of course if you are staunch and rigid and inflexible, you’ll find out THAT…

And if you are a coward to boot… then you’ll pretend that you are in the program, but it is a pretense.

I hope you are observing yourself.

A few months ago I decided to reign in my controlling nature, and allow people autonomy. Trust the process. Do away with my reactive nature…

It’s been the hardest thing I have ever done. But I am seeing stuff I had never seen.

And results. Results that are clearly not “shared”, results people produced for themselves.

I have told this story before, but I am seeing it differently now:

In architecture school every student had one-on-one instruction. In design projects.

I had two. One was a department head… but knew nothing about design. He was permissive, and the design I created under his “tutelage” was so-so.

The other one was an architect who designed buildings in reality… But he was authoritative.

The result of his “tutelage” was half and half… and it left me with an uncertainty in myself, and a sense of no accomplishment, no competency.

No autonomy support from either.

Result: self doubt, and hating the profession. I never achieved a sense of competence… 🙁

When you are not sure of yourself, you cannot enjoy the ride… And I didn’t. I won this, I won that… but inside: I just wasn’t sure.

I have decided to be the kind of coach who is supportive of your autonomy… And so far I think I am doing well in that.

Getting back to the commitment as a test: it may feel disheartening to see that you are not really committed to what you have been doing.

But look at the bright side: just like Edison, you now know a big way you are not on a path your intrinsic Self loves…

or the context is off… lol

Context is decisive, but context is in the invisible… And your mind is not very helpful, because the mind has no access to the invisible.

In The Pebble in your shoes webinars we were trying to tease out the invisible.
In The Soaring method webinars: ditto.

As long as you dwell in your mind, context is unreachable to you. It is out of your reach. Even if you are a Landmark Graduate.

So what can you do? Experiment.

Commit to a context… and watch.
Then commit to a different one.

Ask me if you have no idea how to do this. But beware: it’s expensive. Why? Because it’s hard work. And it takes time to get to know you and your “heart”.

I was once sued because I didn’t marry someone who said that I had promised. I did no such thing. But I accepted gifts. That is true. Yet I was sued. He didn’t win, but he took back all the gifts…

And an article on the UCLA website… 10% truth value… but interesting.

2 thoughts on “What is the intrinsic role of commitment… making a commitment, committing to something?”