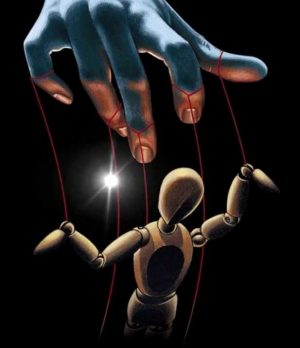 Continued from the previous article…

Sometimes the turmoil is caused by some inner pressure that is societally driven.

When being true to yourself is not politically correct.

Your ability, your capacity to hold controversy and ambivalence comes really handy when you have a turmoil.

Why? Because the urge to call the turmoil wrong, and the urge to look for a fix is overwhelming if you don’t have that capacity, that emotional and spiritual maturity.

And most people don’t.

Having the capacity to hold the idea and the opposite, without being overly perturbed is a very high capacity.

So, because you don’t have that, you have to activate the capacity to say: There is nothing wrong, nothing to fix.

Every time you give into the urge to fix something, you create the seed of the next, bigger problem.

So arresting that urge is a life-saver.

The Avatar State Audio, Nothing wrong here, nothing to fix… is a life-saver.

Because if you say those words from the mind, the mind immediately tells you that you are a liar, and maybe even a fool.

But the truth is that there is nothing wrong… and you need to be able to hold that space… for the trim-tab to show up… the tiny screw that allows you to make permanent improvements to your life.

In all my looking, this is what I found: someone came to visit me on Tuesday. I didn’t open the door. My place is not presentable.

Ego is bruised. Ego is not happy. Ego wants me to shine and be a good hostess…

Ego wants me to be concerned with non-issues, with social acceptance, with chatting with people.

My intrinsic Self doesn’t give a rat’s ass… pardon my French.

I don’t want to invite people. Not even for a moment… I prefer that my place is uninviting, unaccommodating, so I can do what is important TO ME, and not others.

And you see, that is what the horoscope says… whoa… go and check.

So, in summary, it could be said that what causes turmoil is an inner tension between the intrinsic Self and the fake self, the not-self.

Here is another thing that had a chance in causing me turmoil:

I watched a movie on Netflix where Henry Ford suppressed a competitor by destroying his business. A competitor who was developing an electric car. I imagined what life on Earth looked like if there were no fossil fuel driven vehicles… and the contrast was killing me…

This wasn’t the first time I saw the good being killed by the powerful, greedy, and mighty… and it was threatening me to spiral into depression or turmoil.

But here, it is again the ego that is doing the trick. I know what is right. I am OK, and everyone else is not OK… all ego.

When humanity wakes up, it will… In the meantime being a campaigner, an activist, is all ego, all fixing, all turmoil.

Which, it seems, has resumed broadcasting.