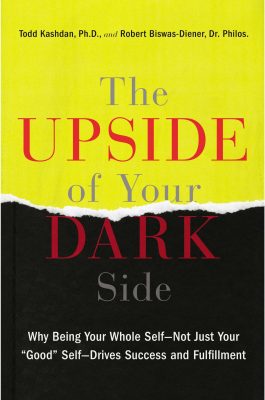 I am reading the book “The Upside Of Your Dark Side”.

It’s about living a full life, being a full person, being fully in your power.

This is not the norm of the day… We have become comfortable, and comfort means the elimination of discomfort… duh.

It sounds wonderful, but it isn’t. 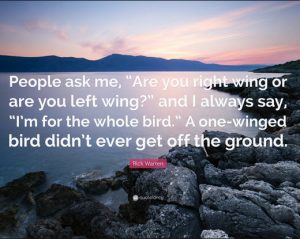 You are a bird with one wing… no flying… not alive… suffering… misery.

Synchorinicity, as usual, brought this from Rob Brezsny in my inbox:

I am cutting (literally) out his flowery, new age language… I don’t resonate with it, in fact that part, where I am gorgeous and a mystery, and words like those irk me… ugh…

Now… what and how your shadow is, your dark side is, is closely correlated to your soulcorrection AND your zodiac sign. This is why it is such a good idea to know both intimately.

Because if and when you know the depth of your dark side, if you can greet the shadows that emerge from there, you are halfway creating your life as a full life. Which is what I call the good life. 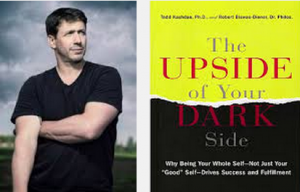 You’re a gorgeous mystery with a wild heart and a lofty purpose MY ADDITION a person who is trying to be good, and successful, and OK. That is your “light” side…twisted passions or instinctual fears.

It’s your own personal portion of the world’s sickness: a mess of repressed longings, enervating wounds and hurts, ignorant delusions, and unripe powers. You’d prefer to ignore it because it’s unflattering or uncomfortable or very different from what you imagine yourself to be.

If you acknowledge its existence at all (many of us don’t), you might call it the devil, your evil twin, your inner monster, or your personal demon. Psychologist Carl Jung referred to it as the shadow. He regarded it as the lead that the authentic alchemists of the Middle Ages sought to transmute into gold.

“The unconscious sends all sorts of vapors, odd beings, terrors, and deluding images up into the mind; for the human kingdom, beneath the floor of the comparatively neat little dwelling that we call our consciousness, goes down into unsuspected Aladdin caves. There not only jewels but also dangerous jinn abide: the inconvenient or resisted psychological powers that we have not thought or dared to integrate into our lives.” — Joseph Campbell, The Hero with a Thousand Faces 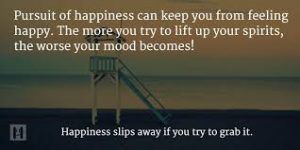 “I am superior to you only in one point,” Narcissus tells Goldmund in Hermann Hesse’s novel Narcissus and Goldmund. “I’m awake, whereas you are only half awake, or completely asleep sometimes. I call a man awake who knows in his conscious reason his innermost unreasonable force, drives, and weaknesses, and knows how to deal with them.”

Astrologer Steven Forrest has a different name for the shadow: stuff. “Work on your stuff,” he says, “or your stuff will work on you.” He means that it will sabotage you if you’re not aggressive about identifying, negotiating with, and transforming it.

The shadow is not inherently evil. If it is ignored or denied, (the unacknowledged or suppressed shadow) may become monstrous to compensate. Only then is it likely to “demonically possess” its owner, leading to compulsive, exaggerated, “evil” behavior. 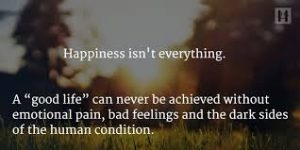 “The shadow, which is in conflict with the acknowledged values, cannot be accepted as a negative part of one’s own psyche and is therefore projected — that is, it is transferred to the outside world and experienced as an outside object. It is combated, punished, and exterminated as ‘the alien out there’ instead of being dealt with as one’s own inner problem.” — Erich Neumann, Depth Psychology and a New Ethic

The qualities in ourselves that we deny or dislike are often the very qualities that we most bitterly complain about in other people. So for instance, an old friend of mine named Mark had a special disgust for friends who were unavailable to him when he really needed them. But I was witness to him engaging in the same behavior three different times, disappearing from the lives of his friends just when they needed him most.

“Whatever is rejected from the self, appears in the world as an event,” said Jung. If you disown a part of your personality, it’ll materialize as an unexpected detour.

Everyone who believes in the devil is the devil. 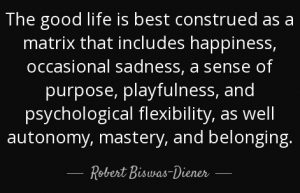 A bright red cardinal had a confrontation with my picture window. For almost 45 minutes, the bird hammered its beak against the glass. With the help of my good friend and research assistant Google, I determined that the bird had probably mistaken its own reflection for a rival that it was trying to attack.

The event suggests three teachings:
1. If you feel the urge to fight others, you’re probably mad about something in yourself.
2. You might want to monitor any tendency you have to get fixated on an image that is at best a distorted representation of a real thing and not the real thing itself.
3. It’s best not to hurt yourself or drive yourself crazy in an effort to chase away an illusion.

“Nothing determines who we will become so much as those things we choose to ignore.” — Sandor McNab

“As is demonstrated by a wealth of historical examples, every form of fanaticism, every dogma and every type of compulsive one-sidedness is finally overthrown by precisely those elements which it has itself repressed, suppressed, or ignored.” — Erich Neumann, Depth Psychology and a New Ethic

Hypothesis: Those among us who have most thoroughly denied and repressed their own shadows are in the greatest danger of provoking mayhem and doing evil deeds in the real world. 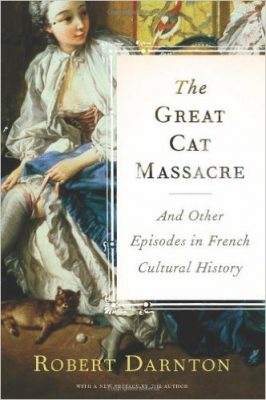 In the Middle Ages, the Catholic Church branded cats as “ambassadors of the devil” and called for their mass extermination. The virtual disappearance of felines from Europe was an important factor in propagating the Black Death, which killed 25 million people between 1347 and 1352. The disease was spread by fleas that lived on rats, whose populations had soared in the absence of their natural predators.

America’s former Poet Laureate Robert Pinsky addressed an assembly at my daughter’s high school. He read from his translation of Dante’s Inferno and took questions from students. After hearing Dante’s description of the nether regions, one boy asked Pinsky what his personal version of hell was. The poet said that each of us creates our own hell. The fearful and negative interpretations of reality with which we infect our imaginations constitute curses that we cast on ourselves. They terrify and enslave us so thoroughly that most of the difficult outer circumstances we encounter are mild in comparison.

“If only it were all so simple! If only there were evil people somewhere insidiously committing evil deeds, and it were necessary only to separate them from the rest of us and destroy them. But the line dividing good and evil cuts through the heart of every human being. And who is willing to destroy a piece of his own heart?”
— Aleksandr Solzhenitsyn, The Gulag Archipelago

In her book Zen Miracles, Brenda Shoshanna defines the shadow as the unacceptable aspects of ourselves that we dump into our unconscious minds. As we avoid looking at that hidden stuff, it festers. Meanwhile, we project it onto people we know, imagining that they possess the qualities we’re repressing.

The antidote to the predicament, says Shoshanna, is to “eat our shadow” — haul it up from out of the pit and develop a conscious connection with it. Doing so not only prevents our unacknowledged darkness from haunting our thoughts and distorting our relationships; it also liberates tremendous psychic energy.

In her role as DJ Debi Newberry in the film Grosse Pointe Blank, Minnie Driver defines the term shakabuku as a swift spiritual kick to the head that alters your reality forever. That’s the kind of jolt you’re more likely to get if you’ve been avoiding the shadow’s entreaties. But if you send it flowers on special occasions, or periodically give it license to blubber its horrible secrets while sobbing on your lap, it might be more inclined to deliver a whoopibuku, which is a soft spiritual stomp on the toes that inspires you to make a course correction.

“There is no generally effective technique for assimilating the shadow. It is more like diplomacy and is always an individual matter. First one has to accept and take seriously the existence of the shadow. Second, one has to become aware of its qualities and intentions. This happens through conscientious attention to moods, fantasies, and impulses. Third, a long process of negotiation is unavoidable.” — Daryl Sharp, Jung Lexicon: A Primer of Terms and Concepts; also available here.

“It is by going down into the abyss that you recover the treasures of life,” wrote Joseph Campbell. “Where you stumble, there lies your treasure.”

“Suffering can’t be avoided,” James Broughton told Jack Foley. “The way to happiness is to go into the darkness of yourself. That’s the place the seed is nourished, takes its roots and grows up, and becomes ultimately the plant and the flower. You can only go upward by first going downward.” — James Broughton, as told to interviewer Jack Foley, All: A James Broughton Reader

Modern culture does not have a high regard for the alchemists of the Middle Ages. Most people think of them as lunatics who worked in primitive laboratories at the impossible task of turning lead into gold. What idiots, right? Science has proved beyond all doubt that you cannot transform one metal into another.

But here’s the real story. While there were some clueless medieval alchemists who wasted their lives trying to convert actual lead into actual gold, the authentic alchemists were up to something else. They labored to transmute the metaphorical lead of their own psyches into metaphorical gold. Their flaws, wounds, compulsions, and ignorance were raw materials they used to create light and life and wisdom and love.

Compared to the spectacular hope of creating fantastic riches out of worthless metals, it was a lowly goal. From the perspective of most of the powerful and outwardly successful people in the world, then as now, striving to apotheosize elevate the ugliness within us is about as unglamorous as you can get. The Beauty and Truth Lab does not share that view, however.

P.S. There are many authentic alchemists alive and hard at work in the world at this very moment.

Now, what the heck should you do with this?

PS… from me: Wanting to be happy, have a happy life, is a meme, a mind virus, that is designed so that you spend all your time chasing it, buying stuff… and the more you chase it, the more money you spend on stuff that you don’t need, so that maybe you can get happy.

Oh, you don’t have my Unconditional Love activator? Then get it… what are you waiting for?

Get a taste what it’s like to have self-love