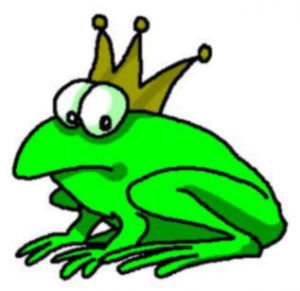 When you look deep into yourself, you will find that at heart you are still an infant crying for the bottle. Friedrich Nietzsche

Friedrich Nietzsche (1844–1900) was a German philosopher of the late 19th century called it ‘infantile will to power’, magical thinking that gives you the role of wanting, wishing, crying for, and gives the role to everyone around you to respond and give you what you want.

The Universe is based on the principle that no one has the right to sacrifice their need, their life, for the need or the life of another. Sacrifice is the kind of ‘deal’ where one gets everything and the other gets nothing. No Universe, no planet, no country, no community, no family can be healthy if even just one person is willing to sacrifice themselves for another.

This is the main reason the Planet is out of balance, because the governing thought, the though of religion, new age, etc. promoted self-sacrifice pretending that good is that.

For the self-sacrificial cycle to come to be, there needs to be a value that is higher than human being, and that is NEED. Need cried, promoted as right to take from another, to suck away from another, is the fundamental motive power of a society of moochers and looters.

Moochers need self-sacrificing crowds, and looters need you to base your value on non-value, they need you to feel guilty, ashamed for who you are, what you accomplished, what’s great about you, what you have.

In order for you to feel guilty, the looters will create laws that are impossible to keep, like the tax law, like the maximum speed traffic law, and then they proceed to enforce it selectively.

When a whole society is looking over their shoulder because they are forced to break the laws and they don’t know when they are going to be apprehended, they are so out of balance, they already feel guilty all the time, they can be easily dominated, and coerced to give up more and more rights to the looters.

The infant crying for the bottle has only one weapon: crying. His need. His desire. His wish. If he grows up in the environment of looters and moochers, he will, at some point, choose to be one or the other. His choice to become a man of conscience and inner strength is a fragment of one percent. If he were brought up with wolves, he would have more chance to become a MAN than in society. 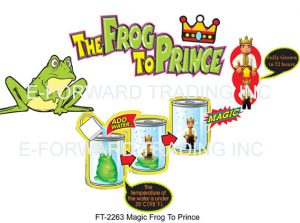 Do you think that there can be any magical energy, magical waving of the magic wand that can turn you into a prince, if all you know how to be is a frog?

If there were a way to change your appearance, by magic, who you would be still being is a frog, with all the desires, all the habits, all the values of a frog.

In my year-long program (closed for new registration) I am able to watch, I am able to track the real changes people need to go through to rebuild themselves to become MAN.

I was thinking about this, and was pondering how to make this more real for you. 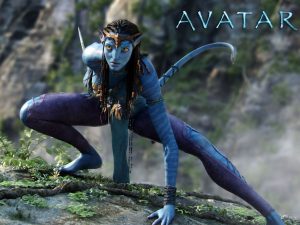 There is a movie, Avatar, the poster shows blue men. It is about a planet that is inhabited by those blue men, and Americans wanting the resources of that planet. The Americans develop a process in which they wire men to animate bodies they manufacture that look like blue men. They call these manufactured bodies avatars, they are a stand-in for you, just like the little pictures you pick on online forums… they speak for you, they cover up who you are, but you animate them. Got it?

The main character of the movie is an injured marine, who lost the use of his legs. He is commanding and animating his blue men to become the best of blue men. It takes him months to take his avatar from clumsy, uncoordinated, undisciplined puppet, avatar, to a masterful warrior with a heart of a blue man.

That is exactly the process you will have to go through to become the kind of person who would have the feelings, the stuff, the abilities you desire. A process, not a wish, not magic, not a blue pill.

Our marine is lucky: his ‘trainer’ is the best female warrior of the blue men, so he gets emotional support in his ambition to become the best: he wants her to like him and respect him. Don’t discount that: if you could have support like that, a big ‘why’ in the ‘why bother’ you would be advancing a lot faster than others.

I have a student who is in divorce proceedings. He is moving faster than my other students, because his desire to spend time with his child is so great, it makes him grow like a weed. By the way he is succeeding beyond his wildest dreams, the wife has completely recognized that he is a new man, and now seeks to accommodate his desire to spend time with the child. This would not have happened had he not changed to a person who is closer to man than to the moocher that used to cry for the bottle… I am simplifying, but it’s easier to prove a point this way. You don’t need to know the whole story.

If you think you can survive staying the way you are, you probably will, no matter what anyone does to you. You will remain the frog in princes’ clothing, but frog nevertheless. 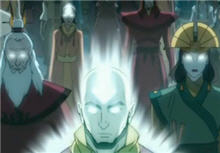 My Avatar State programs provide the support you can’t expect from ‘life’ or your friends. The energy of those audios stimulate the ‘man’ energies, from the inside, and start to create an inside why instead of hoping for an outside why.

I have no outside reason to do what I do, assuming the role of The Avatar, to restore balance on the planet. I could probably make much more money with other things I know how to do. I could have a lot more friends, etc.

I am not doing it because you need it, I don’t recognize your need as anything valid to make me do anything. I am doing it for inner reasons: this is me, and this is MY JOB.

The Avatar State programs even worked on me: I have become much stronger in my inner why, and much more resourceful in the methods I bring the fulfillment of my purpose into being.

If you get just one percent of what I got, you’ll be all princes and princesses. And feel and act like ones, not like frogs.