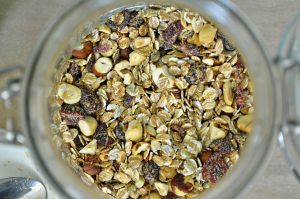 I have been in this inquiry since February when I first heard Tai say: the strongest predictor of your success, in any area of life, is the level of your awareness.

So what is this awareness that is so important.

Nine months… it’s taken me till today to get complete clarity of what this “thing” awareness is.

Six million Jews perished in the gas chambers and mass graves during the holocaust, because they were not aware.

Tens of millions of people were ashamed of themselves and their association with Germany, people who elected Hitler and the Nazi party… because they weren’t aware.


And millions of people will be voting today for the new Hitler… figurehead, mouthpiece, puppet… They will be ashamed of their association to the mob, to the extreme right… the unaware, the moronic, the stupid… the Dark Side, the ignorant. When their eyes will open up… if ever.

And of course when you look the considerable level of ignorance amongst the US population regarding everything from the Geography to the Constitution; it’s not all THAT clear that increasing voter turnout is as good an idea as it sounds at first. I’d like to see the American capacity for critical thinking increase a bit before everyone heads to the polls. I know that’s elitist but I think the Tea Party has shown us the power of ignorant people in large numbers.

When you look at something and you don’t know what it is, that is part of being unaware.

When you don’t even look because you “know” what you are not looking at, or what is going on… that is also unawareness.

Evil depends on people being unaware.

Your level of awareness is low. You are in cahoots with the Dark Side.

You are unaware… and you are unwilling to look.

Now, you think I am speaking my opinion, that I am judging, that I am talking down at you.

But truth be told, being unaware is actually normal. But there is stagnant normal, and then there is another normal… willing to see something new.

What the heck am I talking about? What do I mean by normal?

I am listening to the 67 steps, for the fourth time. I hear every step as if I had never heard it… what I hear is completely new, a new level of awareness, a new layer of information. I have the type of unawareness that is willing to see something new, every time I look.

I am increasing my awareness. Do you?

I observe about 40 people at any one time.

And some, a few, are becoming more aware.

It is so rare to find someone growing, it is so unusual, and it is such good news, that it always brings tears into my eyes.

So why would new input could mean growth? And why doesn’t it? 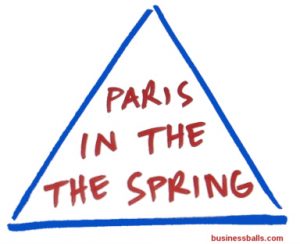 I watched a collage educated person today at the bank. He had three checks. He wanted each checks to be cashed separately. He said so to the clerk.

But the clerk obviously decided that the customer didn’t deserve an extra minute of effort of his time, so he added up the three checks and gave the cash in a lump sum to this person.

The person could not figure out if he got the right amount. I suggested that he added up the three numbers, but he said he didn’t have a calculator.

Your level of awareness is a reliable indicator of your success in life, including how much annoyance and frustration you’ll experience.

He had to have the clerk reissue the cash… otherwise he could not tell if he got the right amount of money.

My diagnosis of people: nobody home. No awareness.

The people in my exercise class are not aware that the way they do the exercises doesn’t do much for strengthening them: the resistance bands are not taut…

You don’t even know what you are not aware of…

On one hand you don’t notice… on the other hand if and when you notice, you don’t know what you are looking at.

The second part, understanding what you are looking at, is education, distinctions, you need to learn it.

You are not present, and you make no effort to look to see clearly.

At the same time you expect to be happy, healthy, wealthy, and successful.

As you see awareness is so indicative, because to have awareness, you need to have 10 intangible capacities working.

You could have all those capacities active, but it would take work. Work? That you don’t want to do.

Someone told you that you can get everything by desiring it… But your awareness is too low to get that you are being duped.

I suggested that you start a spiritual practice, one… pulling back your attention whenever you notice that it’s wandering.

Everything starts with one spiritual practice that activates one intangible capacity.

Exactly zero percent of the people who read it even attempted, even one time to do it.

That is the state of humanity today.

You are expecting everything without any work, any effort on your side.

While your awareness is getting smaller and smaller.

I’d love to be optimistic, but it would be delusional…

PS: the billions of dollars scam artists get from people just like you is proof that you could benefit from doing some work to increase your awareness.

In addition to all the people I have reviewed, here is a video that is an excellent case study, the “story” of Suze Orman.

It’s a long video. But it is worth watching. It shows examples of many many many ways people, you, are unaware and completely dupable. Much like Trump and Hitler duped entire nations.