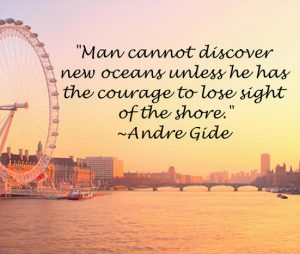 With some movies I ponder for years why I liked it.

Because, for me, the movie is about persistence. It’s about working towards something remote and maybe even impossible, and yet…

There are a ton of amazing quotable sayings in that movie… here is one:

Buttercup: You mock my pain!
Man in Black: Life is pain, Highness. Anyone who says differently is selling something.

I like everything in the movie, but get especially energized by the Spaniard. After he has been searching for the killer of his father, he finds him, an get promptly wounded, maybe mortally.

But the energy of the pursuit, Life Force, emerges yet again, and he says:

My name is Inigo Montoya. you killed my father. prepare to die

And then he kills the killer.

Churchill has said that

Success consists of going from failure to failure without loss of enthusiasm.

Another one of these movies is Zelary. Zelary is the name of a village somewhere in the Check mountains.

I won’t tell you the story, but you can read it here.

I want to limit this article to what moves me to tears, even now.

And that is surrender, choosing what’s important and being true to it. Allowing the selfish gene to help with creating a life where the ego, desire to receive for the self alone, would make everyone perish.

Fate throws two people together, a man and a woman, who are as different on the outside as two people can be. And both could think that it is not fair. That being true to themselves would mean to deny access to their self for the other.

Instead they surrender and make it work, appreciate about the other what they can appreciate.

A life of working together, belonging with each other, even though it’s temporary, and it wasn’t their choice.

Honest. Authentic. Beautiful. Rare. Higher vibration than you or me.

What if we all had what it took for those two people to give all they got to make it work, to protect each other, to survive the war?

If we gave to our work, our family, our lovers, our friends ourselves, without reservation.

By the way, the main male character was played by a Hungarian actor who is about my age, and I remember him from when I still lived in Hungary.

In one of the scenes he whispers, in Hungarian, to the female lead: You are ugly…

From which I have been wondering why I have to have headsets and no disturbance to understand English movies. Why I still barely understand a stand-up comic… and yet a whispered insult: I hear it very well.

Same thing happened in another of my favorite movies, Irina Palm… one of the characters was Hungarian, and she whispered something to her son… and it was like she was on loudspeaker…

What is it that is so deeply imprinted, that even when we hear it or see only a part of it, and we recognize it.

Yeah, my favorite way of being in the world is to notice things, register them, things that most people would miss… I think. And then ponder them… so I can either add a new pattern, or fit the observation in an already existing pattern.

Which leads me to my next topic:

What was, what is the pattern, the distinction that is shared by those two very different movies?

You can’t see, can you? And you would not even consider looking, without me asking, without me suggesting that there is something that is in common. I’ll tell you at the end of the article… for now, bear the pain of not knowing, and read on.

Distinctions. Patterns. Getting smarter by the day.

Each step in the 67 steps covers 2-5 patterns, principles, distinctions, guidance.

The secret of that program is to learn, gradually, to recognize the patterns, both in the step, and in your life, and in the “field” of life as well.

Tall order. Especially in the beginning. When you think that every step is about you and your life… that the goal is to change quickly.

But quick changes come from the same place where everything else in your life has come from… so the quick change will be harmful, more of the same… so the job is to allow yourself to immerse in something that is not about you.

But just like you don’t want to experiment on yourself a surgery… you also don’t want to learn on yourself. There is no distance, and learning demands distance… so you can actually see what is happening, or what happened.

I have found that giving you the pattern or the distinction is the wrong approach. Landmark Education does that, and the results are abysmal.

The distinction needs to be found. By you.

It is hard, but it is not impossible… with the help of the 67-step coaching…

So what was the shared distinction in the two movies? Or three… if we include Irina Palm…

Being willing to bear the pain in the moment, for what is available through it in the future.

Bo Eason frequently quotes a Navy SEAL saying: You will suffer either the pain of discipline or the pain of regret. Choose.

Life is pain, Highness. Anyone who says differently is selling something.

I remember struggling with a distinction, each distinction, for years. Not exaggerating. A distinction needs time to reshape your molecules, To create new pathways in your brain… or it is not going to do what distinctions are supposed to do: take you a notch up on the evolutionary tree… aka raise your vibration.

Have you bought the “easy” myth… hook line and sinker? 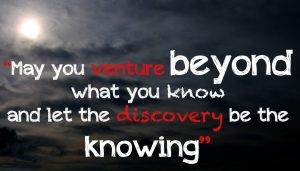 My prediction: unless you drop it and become mentally tough instead, you won’t amount to anything much. Guaranteed.

I can’t make you mentally tough. No one can. Only you, yourself.

I was beaten nearly every day in my childhood. I never cried. It was a discipline I practiced. No showing of pain.

I am tough. You need to toughen up if you want to deserve what you want in life.