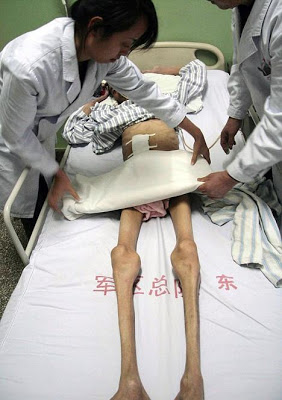 This topic comes from a reader, thank you. Without her prompting I would have never looked there. It would have been a big missing.

I am going to share only what I really know, from my experience, not some theories of some big names, like Freud… I am giving you only Tree of Life.

In my experience, most people have self-punishment to some degree.

There are quite a few ways to get to guilt and shame, which is at the root of this behavior.

Self-punishment for doing something wrong, lack of self-discipline

One way is to do things that we know are wrong. We want it, desire it fervently, and then we do it. If the environment is unforgiving or we have even seen anyone punished, verbally or physically, we expect to be punished.

Desire for pleasure is like a two-sided coin (do you know a coin that is not two sided? lol). One side is the fulfillment of the want or desire for pleasure, the other side is always misery. Why? Because pleasure is momentary. It comes with a downside, and the downside is either guilt, or more desire plus guilt.

The dog in this video clip had an ‘irrepressible’ desire to chew on the roll of tape. There is a lie there, it is not irrepressible. Puppies chew and there is no guilt afterwards. But once a puppy grows up, their faculty of self-control, self-discipline is strong enough to counter the sudden urges. It is innate:

it is not a good survival skill to be undisciplined in the wild, so it is part of the DNA of an adult dog.

Same with humans. Their faculty of self-discipline kicks in at a certain age. Some exercise it, most don’t. But they know it is a missing, they know, even without an adult pointing it out.

When this is the case, the human may become self-punishing, in more ways than one.

You were born wrong… you are a mistake… you are a disappointment: self-punishing for having been born

Another way guilt develops is the result of a mistaken, faulty interpretation.

I am more familiar with this, because I belong into this type of self-punishing behavior.

Most children are unwanted.

I call a child wanted only if the couple were prepared, and consciously engage in sexual activity for the purpose of producing a child. They consciously spend the nine months gestation preparing for the child’s arrival, and thinking of the child, communicating with the child.

My guess is that less than five percent of the pregnancies are like this. The rest of them are the side-effect of wanting pleasure, release, or exercising the right of the male over the female.

A child born out of this situation, being basically unwanted, tolerated, a side-effect, will always have some level of guilt of having been born.

The seed-level of our existence is strongly tied to the mood, attitude, thoughts of the parents during love-making. We know it and it becomes a challenge for life. I could even assert that your soul-correction is somewhat tied in with that seed-level, but that will require a lot more looking… I’ll let you know.

It is very serendipitous that I am just starting a Soul-Correction/Soul-Purpose Workshop. I hope to have a lot of examples to examine.

What does this have to do with the Soul? The soul is an energy that tries to pull you, direct you towards wholeness. Whole means a person with no issues about themselves, proud, productive, at ease, with self-confidence, self-esteem, presence, the ability to use all their faculties properly and accurately.

The seat of the Soul is below the left shoulder, and is the shape of a triangle standing on its point. Why? I don’t know. I am reporting on my findings as an empath.

I often say: my heart hurts, but it’s on the right hand side… but it is still the same pain.

This second type of guilt is harder to fix, because it involves the mind. The mind is sure that it made the right decision, and it constantly feeds you with justification why it’s true that you are worthless, unwanted, unlovable.

The Unconditional Love Activator is for these people, for 95% of you, to restore you to wholeness in this regard.

Self-punishing behavior has many forms, and I am going to talk about just one… maybe I’ll update this article with more later.

I first “learned” about this behavior in my own life: I was raped by a stranger at age three and a half. I was left to die, but I didn’t die… obviously, right? lol.

As you can see, I am able to talk about it with exactly as much emotion as what I had for breakfast… I am completely unphased by it. It wasn’t always so, but that doesn’t belong to this article…

My mother called me a whore, and my father acted on it: he played sex games with me until age six when I screamed out… and it became too dangerous for him to continue.

His attitude was: she (meaning me) is already damaged goods, so no harm is done. 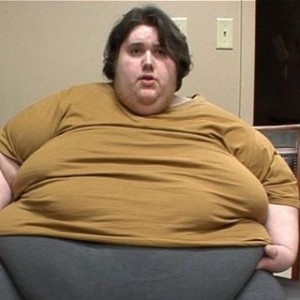 You’ll go to all kinds of extremes, get fat, get drunk, do drugs, whore around, don’t read, don’t study, become a criminal, marry someone abusive, make sure your children despise you, etc. etc. etc.

You justify it, but never look at the underlying lie. Your parents being ignorant of creating your seed level doesn’t really mean that you are unwanted, unworthy, no good, no matter what…

Your soul correction will guide you out of this seemingly endless maze of causes and effects to a place where you can finally breathe, and become the unhindered, unburdened, whole person you were meant to be.

It’s not simple, and it is not easy. This is why I have an “endless” Soul Correction workshop dedicated to guiding you out of this mess you got into for none of your fault.

I will even make you a custom activator (one of those Avatar State audios you already know) so you don’t have to go it alone. The energy of the Universe will unlock the many doors you have erected to lock you out of your heaven.

PS: I probably should talk about cutting, where the self-punishing expresses itself in inflicting pain on one’s own body, by cutting it shallowly with razor blade.

I have never done that, but just like anorexia, and overeating, this behavior is based on the self-image: I can’t handle it. It is cheaper and requires less courage to just cause pain: it is, in fact, an avoiding real pain activity. There are things to confront: abuse, feeling unloved, ignored, and such.

In some ways we all do it… we don’t want to do what we know we need to do, so we do other things… we call it procrastination.

I don’t mean to diminish the pain the cutters have that they mask, I only wish to call a spade a spade…