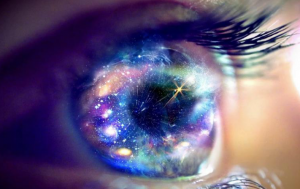 I watched yet another movie about Alan Turing and how his machine won the war against Nazi Germany.

I would not be around without him. My parents, my race would have perished. And you would live a totally different life… The book (and the Amazon series) The Man in the High Castle approximates…

I am in awe. With what he did, with who he was, with genius winning, with goodness winning. 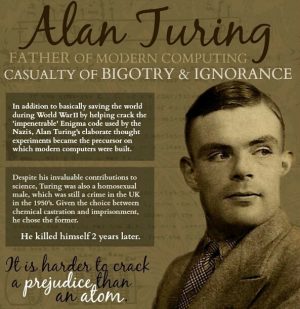 Humanity, no doubt, didn’t get far from its beginnings.

Not inside. Not emotionally, not spiritually, not intellectually, not in any way that matters much for the quality of humanity. In my estimation, humanity as a whole got further away from its beginnings…

Individuals, isolated ethnic communities with strong spiritual and moral commandments from a higher authority, like a god did get further on, but not enough in numbers to impact the whole species. 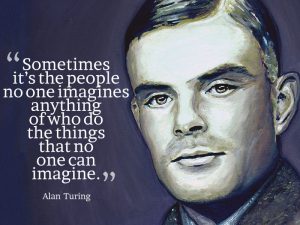 The only thing that would impact humanity has to happen deeper than skin level.

What would matter, or what matters in those that are further ahead?

An alteration in genetic, epigenetic shifts.

Humanity already has all the genes it would have in the phase of human being… caring, love, gratitude, appreciation… encoded but not active. 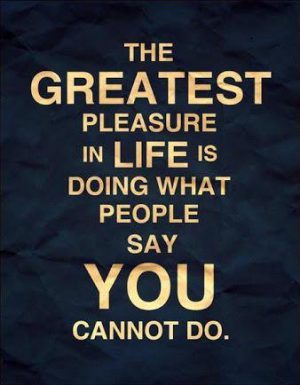 At present these capacities don’t manifest and you can see it if you have eyes to see.

When because of leadership, because of an ideal, because of certain circumstances a group needs those capacities to activate: they do.

If the ideal, or the circumstances are temporary, the capacities won’t be needed any more, and the economy of the organism will push them dormant again.

The organism doesn’t want anything to be open, especially not spiritual or intellectual capacities that are not used. They use precious glycogen which is of limited supply.

I am using the word “glycogen” without having done enough research, glycogen here meaning energy… energy to expand on thinking, feeling, caring, and such.

Activities that take away or are in conflict with the Selfish Gene… the survival machine are needed if and when one wants those activities to be supported on the genetic level… i.e. turn on the gene for it.

So what happened and what didn’t happen that humanity did not evolve?

I am going to share here what I am able to see. That may be the whole picture, or just some of it… I am not sure.

This last one is what I need to disabuse you of, most. This includes positive thinking, avoiding negative thoughts, negative people, anything that is uncomfortable, ugly, hard, risky… delivering you straight to evil.

Masquerading as fear… delivering you straight into the arms of Evil.

And this is a moment to moment process… no break, no holidays, no vacation. You either stand for something or you are standing for evil. 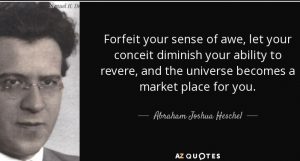 And this is what is leading me back to the title… what started me, what urged me to write this article: Unless you experience awe you are on the side of the Dark Side. Evil.

Awe is a sense of elation, a sense of being pulled up to something much greater than you. Reaching it in meditation isn’t what I am talking about. Reaching it as an event… no. It is not an experience, it is a way of living life. 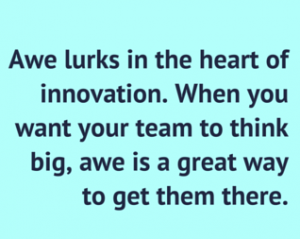 A way where you are guided by something greater than yourself, where you live as if you made a personal covenant with that…

Evolve. In the struggle for goodness within you, against the evil within you. 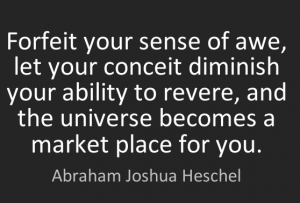 And when you can live with that awe, you can’t even feel sadness… not the kind of sadness that comes for weeping for your losses, for your pain, for your misfortune…

No, the kind of sadness that is from the height of awe… for all of us. For goodness. For the loss of what is possible for all of us.

I know I am asking much of you. I know you are not used to it. I know this may be the first time.

That is what I am talking about… the reason humanity hasn’t evolved.

And I feel a deep sadness.

The great masquerade of evil has played havoc with all our ethical concepts. For evil to appear disguised as light, charity, historical necessity or social justice is quite bewildering to anyone brought up on our traditional ethical concepts, while for the Christian who bases his life on the Bible, it merely confirms the fundamental wickedness of evil.

For evil disguises itself to look better than it really is by playing itself down and you are duped.

If you wonder who is the sucker… the sucker is you…

“Oftentimes we call Life bitter names, but only when we ourselves are bitter and dark. And we deem her empty and unprofitable, but only when the soul goes wandering in desolate places, and the heart is drunken with overmindfulness of self.

Life is deep and high and distant; and though only your vast vision can reach even her feet, yet she is near; and though only the breath of your breath reaches her heart, the shadow of your shadow crosses her face, and the echo of your faintest cry becomes a spring and an autumn in her breast.

And life is veiled and hidden, even as your greater self is hidden and veiled. Yet when Life speaks, all the winds become words; and when she speaks again, the smiles upon your lips and the tears in your eyes turn also into words.

When she sings, the deaf hear and are held; and when she comes walking, the sightless behold her and are amazed and follow her in wonder and astonishment.”
~ Kahlil Gibran, The Garden of The Prophet

“The most beautiful thing we can experience is the mysterious. It is the source of all true art and all science. He to whom this emotion is a stranger, who can no longer pause to wonder and stand rapt in awe, is as good as dead: his eyes are closed.”