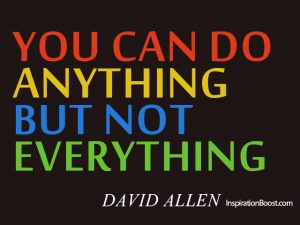 How? What? Are you kidding Sophie?

No, I am not kidding.

You have a billion words for “what”… much like apes, by the way… and only a few, imprecise words for “how”. How words are adverbs…

Your world, your world view, the possibilities you can see for yourself are directly related to the vocabulary you have. This is one of the benefits you can derive from reading. Fiction. Good fiction.

I have just re-read one of my favorite books, “Chasing the dime” by Michael Connelly. Why? The main character is a scientist. He brings the same methods he wins with in science to solving a problem: being set up for a murder rap. His methods, his attitude, how he thinks have been guiding me, ever since I first read it, in 1914. Connelly wrote it in 2002.

If you are in one of my coaching programs… you’ve been getting to a place where I can actually coach you about that. Congratulations.

Being at the door of the “how world” is an accomplishment. I mean it.

The “what” side of the door is what you have, thus far, paid attention to, what you have words for, what shows up in your world now.

On the other side, the “how” side is what will take you to “the promised land.”

In my work – if I took an inventory which is not so easy, but possible – you would see that I give 7% of my brain power to What and 93% to the How.

How is the attitude, the context, the beingness… 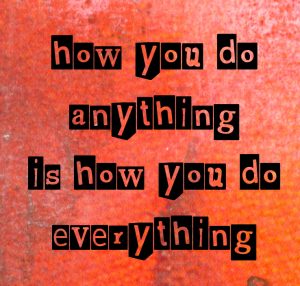 Even the process is a what: You do THIS first and then you do THAT.

So how do you open that door to the “how”?

That is the questions, isn’t it?

I know a company that spends their entire time designing programs to train how’s and don’t get through to people, or not much, not really. 2

So I have no mentor, no teacher, no help other than reading fiction… I mostly have to invent, and then enroll you to be my partner in inventing ways to open that door, specifically for you.

One of my students… the one I write so much about… has cracked the door open for himself.

He started to read Sam Walton’s autobiography, (Made in America) and it resonated with him.

It is likely that this was the first whole book he ever read.

Now, you need to understand, that the more “what” words you have, the less likely that you will hear the how in a book like Sam Walton’s biography, or in the 67 steps I have been using to train people.

Every step in Tai’s 67 steps is a how treasury… and you can’t hear it.

You hear the what when you first listen

Many of you hear only the what even at the second round.

It is NORMAL. But don’t stop there.

The same with my Playground students: they hear the what, and cannot hear the how.

Only things done in a certain way produce the results I promise.

The problem with HOW is that it requires DNA capacities to do. Even to recognize.

And the problem with DNA capacities is, that even after I activate one for you, energetically, you still don’t know, and don’t even look at the how. You want to know what you should do, and after I tell you, you’ll do it the same way you have always done things… approximately.

Approximately is your approach to life. In the neighborhood, you say, and you feel satisfied.

And you lose the capacity after 72 hours, unless you use it appropriately.

There are exceptions. Not many, only a few.

What is in common with those people is that they immerse themselves in my world… however difficult that is. They increase the number of communications with me, and absorb the how, like a calf absorbs the how from being with the mother.

I have had three cats in my life. I got them all orphaned… and they never caught a mouse. Never learned by watching the mother.

If you set out to hear the “how”, eventually you’ll hear it.

I am mighty good at hearing the how… and yet. I read a lot… about 100 books a year. I’ve seen with several books, only when I re-read them that I start to see the how and the who.

Now, if you say that that is a “what” you are right. But you are also missing the point.

Because it is mainly a context, a who, and a how…

His cone of vision… what gave him strength, singularity of purpose, inventiveness, courage, was his desire to save his daughter and his wife.

The fact that he saved the world… it doesn’t even enter his consciousness. Local yokel… not cosmopolitan are some of the how/who expressions. I missed that the first four times I read it.

I was projecting my own “saving the world” “cosmopolitan” attitude… but I was wrong. That attitude was mine. His was “local yokel.” Caring about drunk drivers, writing tickets, and saving his daughter’s and his wife’s life.

I am weeping as I am writing this.

This character, this “local yokel” has done more for humanity than I can even hope to do… seeing that humbles me. I got a sliver of a “how” that I’ve sorely lacked.

I had been too “high and mighty” before to care about my locality. About people. 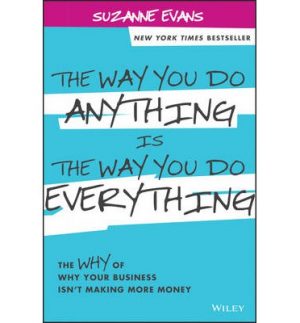 I shifted my focus and my context. Every person I manage to make a difference with is not a tool in my world I can use to save humanity…

No, each person is a person. I go back to the handful of people who looked at me in my life as a person and thus made a huge difference in my life. My third grade teacher. My French teacher. My coach back in 1998. My coach in 2011. I call that caring.

It is my turn now to give it to my people. That caring. That attitude that if you can make a difference with one person, you didn’t live in vain.

Study the “adverb list” in the footnotes. Start seeing your “how you do anything is how you do everything” in there.

If you saw an opening for yourself… please let me know.

PS: One of the most influential books for me was a non-fiction, Wallace D. Wattles “The Science of Getting Rich“. Its “what” is thin. Truth value is ordinary 10%. It’s how, on the other hand, The Certain Way, is 60% truth value.

The book is useless unless you can learn the how it talks about. I did. And it made a huge difference in my life. Turned my life around.

But how can YOU do the same?

In a fun and enjoyable workshop, the 3-wishes workshop I take you through a process where we discover how and why you have reduced yourself to a thing… and how you can elevate yourself above it.

It is given on Saturday at 4 pm my time, which is New York. It’s 1 pm on the West Coast, 9 pm on the British Isles, and 10 pm in Continental Europe. It is approximately 2 hours long, and it is in a webinar format. You need a microphone to participate, but you don’t need a camera.

Sign up if you are intrigued. Ultimately abundance will be yours.

Learn to take a step towards abundance

1 thought on “The allure of what vs. the how that is the difference between scarcity and abundance”