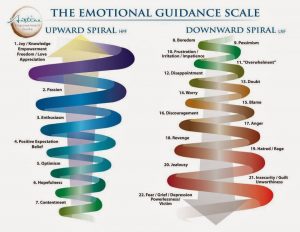 Let’s consider the possibility that Esther Hicks indeed is connected to some knowledge, some energy, and attempts to translate it to “English”. Meaning symbols… words.

Given her level of consciousness, her level of vibration (170), her level of accurate knowledge of how things work (3% accuracy), wisdom would have to get lost in the translation.

I have a personal example of what happens. In 1973 or so, I had a live-in boy friend who was writing his dissertation for his degree. He was a Philosophy major.

He wrote about Hegel, a German Philosopher.

I was a good typist, so I volunteered to type up his thesis as he was writing it. He would write at night, I would type up the previous night’s portion in the evening.


He wrote “World Brain” or Universal Knowledge… something like that. In Hungarian it is one letter short of “continent”.

So I typed continent. It must have been a typo I thought.

In the context of philosophy what I wrote made no sense… just like what Esther Hicks says: in the context of how it works, what she says doesn’t make sense… other than to the mind that fancies itself the peak of creation.

As I am doing my work, I am starting to pay attention to the negative orienting feelings that I normally ignore, because they don’t make sense.

Something makes sense if it came from the mind.

But my negative orienting feeling, while I am packaging up energy remedies had nothing to do with the mind. I had no negative thoughts, no positive thoughts. No thoughts, whatsoever.

But now that I have a distinction “orienting feeling”, I am really curious.

Orienting is another word for guiding…

Because that is what it is like to package your remedies for you… It’s not below me. You consider it a perfect match.

The moment I identified it, it was laughable. So what. It clearly came from some distant path, like when I was the owner of the company, but my employees sent ME out to make coffee for them.

Not making the coffee, by the way. I make good coffee. Anything I touch tastes good. No… the putting me to my place. Less than dirt.

And obviously that came from a lot earlier… god knows when.

Now, what does Esther Hicks teach? She has an expression: your emotional guiding scale/system… But is she using it so you can understand what is pulling your strings and how it is guiding you? Hell no.

She uses it to get out of the “bad feelings” to the “better feeling emotional states”.

Meaning: no guidance. It says: get rid of the bad feeling. Simple, brilliant, and stupid. You can’t do it, and you miss the guidance as well.

So what did “Abraham” say? If Abraham said anything, he said: feelings, emotions, are there for a reason, to guide you.

And what did Esther Hicks do with them? She translated it to “bad feelings are to be avoided because they are low consciousness states, your job it to go up, all the way to godliness…” or whatever crap they call when you have no feeling… lol.

And millions of people hear it, love it, pay for it, and hate their life, hate how they feel, and try to rise above it.

So what is the guidance for me in the painful orienting feeling of “I am not considered good for more than mopping the floor/spreading my legs/making coffee?”

Well, considering that other people are respected, I have to suspect that somehow that is what I feel about myself, underneath it all, and that I communicate energetically, maybe even with my words, my services, my prices… my whole way of being. I don’t think that. I feel that. I don’t believe that. I am that.

And that is valuable guidance. I am going to observe that for a while. Maybe I can glean something I have never seen. And in seeing it, I can become a person: for myself.

2 thoughts on “Is there an emotional guidance system the way Esther Hicks teaches it?”