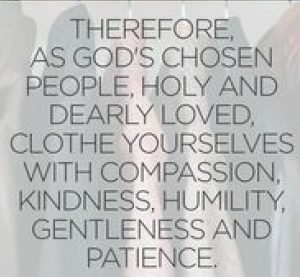 I want to tell you a little story… because it’s been on my mind for a while, and I need to get it off my chest.

YOU don’t need it. You really don’t want to hear it, because you won’t like what it says about you.

So, it’s OK if you click off now. Good. Now I am alone with the handful of people who want to hear what I have to say. Because it is what makes us this little group of… Jews?

Long time ago, over the seas, and the mountains, a little old man, called God was in search of some people. Some people who would take it on themselves to run an experiment, much like the first fish that climbed on dry land.


So this little old man name God went from country to country, from town to town, village to village. He must have visited thousands of groups of people. The conversation always went the same way:

He (God) asked: would you be willing to follow my rules for living if I offered you to be the chosen people with unlimited wisdom, prosperity, and the key to The Kingdom?

They (the people): What are the rules?

So the little man (God), knowing the answers already, started to say:

This was the point where 99% of the groups he asked said: No way… The one percent got hung up on the next line: You shall not steal.

God was at his wits’ end. No one was willing to participate in his experiment.

At this point he got to this narrow strip of land on the Mediterranean Sea, and found this people, shepherds. He asked them too: Would you be willing to follow my rules for living if I offered you to be the chosen people with unlimited wisdom, prosperity, and the key to The Kingdom?

The men asked: What are the rules? 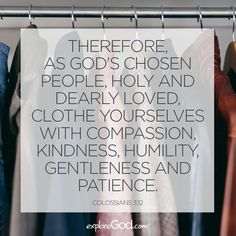 The little man has already lost hope, but dutifully answered: (I am using an abbreviated version of the rules… )

The men asked for a day or two, to discuss it between themselves. And at the end of the second day they said: We’ll do it. 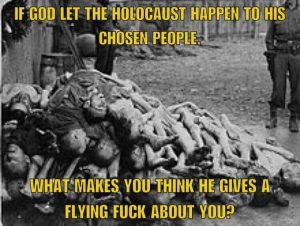 What the old man didn’t say is this: Are you willing to do this, in spite of all the hatred, envy, jealousy, murderous violent anger your learnedness, your knowledge, your faithfulness, your excellence will trigger in all the peoples of Earth?

He didn’t know. That was something he did not calculate for. He didn’t calculate that for the slothful, the most abominable sight is the sight of a diligent person.

I am not a little old man… I am a little old woman. My name is not God. But I set out to find a group of people who would be willing to “climb out on dry land” and be the chosen people, the first human beings.

It hasn’t been easy. It is not easy to leave the comfort of “fishdom”… and many of my fishy people have climbed back to the water. But like the little old man, I haven’t stopped…

The world is divided to two kinds of people: Jews and not Jews.

Or in this context: Expanding or not expanding… which is pretty much the same.

It’s a journey. It’s not a religion. It is not a movement. It will die when I do. So I try to live long. And move to another country if and when this one will start building concentration camps for my kind. I can feel it coming.

Here is a second story… this came up, because as I am sitting here, I put myself into your skin and I can anticipate you saying: I can’t. I am not smart enough, I am not persistent, consistent, attentive, strong… whatever enough.

So it’s time for a second story… this one may actually have happened… lol. 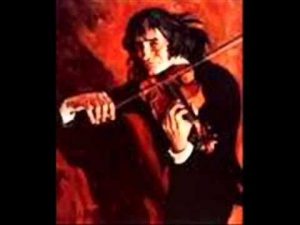 No internet, no TV… a lot of people were interested in music. A famous composer announced that he was working an a violin concerto. The public was waiting, with baited breath for the first performance of the concerto, by none other than the famous Paganini.

So Paganini visited the composer and picked up the notes of the concerto.

After two weeks he returned to the composer, and threw the notes on the floor, disgustedly, and said: This concerto cannot be played.

The composer answered calmy: I know. I wrote it because I am interested what it sounds like when someone tries to play it.

As I was looking for the name of the composer in the story, I found out that Paganini himself wrote music, unplayable by others in his day and age.

But with time, just like the 4 minute mile could be broken, every piece of music can be played… and you’ll be surprised and delighted.

And piece after piece I have proven all those I can’t to be mistaken… I have new “I can’t” and I am going to prove them all wrong.

As long as I don’t violate physical laws in my “compositions”… they can be done.