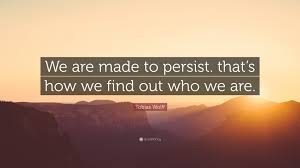 I did something today I had never done: I listened to the same 67-step the second time. Step 66 on persistence… (The Persistent Widow…)

And I heard something differently this time.

The rapper, @50cent says that people don’t stick with anything, because they get bored easily. He calls going beyond boredom devotion. 1

This is what today’s article is about. The phenomenon of getting bored… or getting devoted.

Bored is the result of an attitude… the attitude of being aloof, being separate, not giving oneself fully over.

In the beginning, if we are lucky, right after we are born we are reunited with our mother and there is a bonding.


Who needs the bonding is the mother. Holding you, a bundle totally dependent on her created that chemically induced bonding feeling we call the beginning of love. Nature took care of that.

I was a preemie, and my mother never bonded with me. Of course I wanted to bond, but she wasn’t there for that.

I grew up available for sex but not for cuddling… that was too intimate for me with this stranger.

In 1992, the day after I got the news that my father died, I went to an animal shelter and picked up a sick kitten. I took the kitten home, and he lived practically on me, or on a piece of clothing that had my scent on it for a long time. I took her to the vet… he had a lot of big problems, and I learned turning myself over to someone who is not me… I learned intimacy.

It’s the scariest feeling of all. It has the fear of losing oneself, one’s identity, the fear of being overly influenced by another, and also the fear of the future: where that closeness can be abused… the hurt that will be too much.

As a teacher, as a coach, I know that unless someone, at least from time to time, gets close enough with me so I can shape them, will leave the relationship unchanged.

You need to be the kitten… lol… that deep abiding trust.

And I don’t blame you: trusting is difficult, especially if you have the “wrong” soul correction.

Act of grace… I say.

Most of us stand sideways, doing things with one hand only…

Now, when you keep your distance… when you stay aloof and separate from what you are doing or who you are talking to, you have invested little of you in the relationship to the thing or the person. You, at best, are pretending to be there. 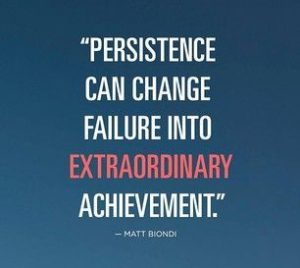 And the desire to end the pretense is what I will call “boredom”.

There is real boredom, maybe, but what you experience when you quit something you committed because it is not fast enough, or interesting enough, or profitable fast enough… you are blaming the “boredom” on the thing… never realizing that it comes from the lack of “intimacy”, the lack of getting in with the thing (or the person)… so close that your identity starts screaming…

The fear is that you disappear. The YOU… who you consider yourself to be.

You melt into the other and it is terrifying.

I experienced that kind of melding of the energies when I was an architecture student and the plan, the building plan was the joint result of the teacher on me… inseparable, closer than Siamese twins… in this case one head, two arms, two legs… and you could not say it was yours, and he could not say it was his.

Very hard for the ego.

In the 22 years, including being a student, that my main self-expression was architecture, I had 18 good years, being one with the project, and 4 bad years… drudgery.

They say that in the dark every cow is black… when you get close enough, you can love anything. Getting close enough is the difficulty. It takes incredible amount of courage and generosity.

We already know that the world is very courage deficient. And we also start to see, that generosity exists mostly as a pretense, not as an inner giving of ourselves.

So we enjoy life less and less, we are more and more separate, and jaded… We are moving in the wrong direction: instead of moving in, we are moving out.

And that is what is the challenge for you.