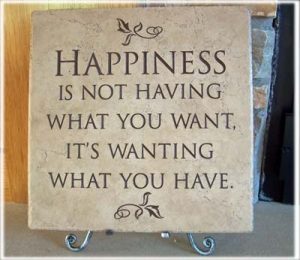 When I look back at my life, I find that the way to get ahead in life, the way to amass knowledge, the way to grow is through wanting what you have… and more of it.

Curiosity, the word, means something different for different people.

The low vibration person looks outside of themselves for something pleasant to titillate them.

The high vibration person looks inside of themselves for something pleasant they already have experienced and they can have more of if they want to.

If you look at my life you may come away with the insight that if you sleep very little, and when you are awake you work, then you’ll be “whatever you say about me”. 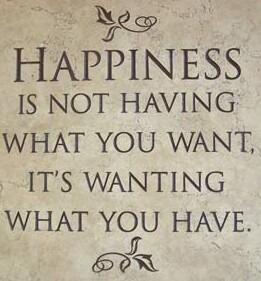 And in the past seven years, I’ve averaged seven hours a night. I count the time between turning off the light and getting up…

The feeling that has moved me, called an Orienting or Strategic Feeling (I am shaky with my feeling names…) moved me to go deeper, to follow the rabbit hole.

I never wanted what I didn’t have. I wanted what I had and more of it. (Even when in bad not sleeping… I am an insomniac half the time…)

Your sense of happiness comes from wanting what you have. You start with happiness and you grow it.

I read that there are two kinds of happiness experiences: 1. present moment happiness. 2. happiness over a path, over your life.

When you want what you want, that kind of happiness (all is well with the world) grows, and becomes the foundation for a path. For a life you can look at and see it as happy.

There are teachers who say: gratitude and appreciation are the keys to heaven…

Using those big words on people who want something other than what they have is a mistake.
Even using it on me… because big words indicate big fat emotions, and I don’t have those. 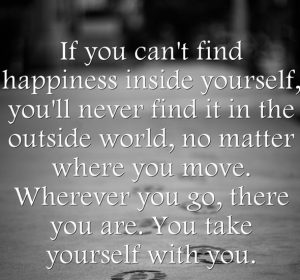 I am thinking of moving to a country that isn’t preparing concentration camps for non-white, no Christian, non-zombie people.

I need to do it without bringing in wanting, craving, desiring… and fear.

Fear makes you look in the direction of things that you don’t want.

Thoreau had one good and useful sentence for me: I have been living by it for decades: “Don’t look backwards unless you want to go that way…”

Fear makes you look in the direction that you don’t want to go. And if you drive your life without looking where you are going, you’ll kill people, and yourself in the process.

While you are doing things to minimize fear… your life is running amok.

Now, let’s talk about wanting what you have, OK?

I am going to use a student’s example. 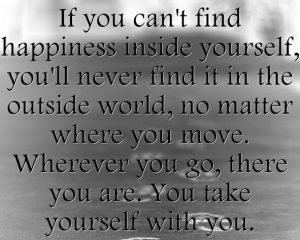 He is a CPA. He has his own firm. He can do accounting, book keeping, etc. but he wants something else, something that makes more money, and is more exciting.

This is the perfect setup for a life that is not going anywhere, that is, experientially, unhappy.

He is doing the work, but it is not the right work, and so he is doing it with one hand. Not even his dominant hand.

If you think back to my violin/guitar story, you see that doing what you don’t like to do well gives you a choice, not a prison.

I may not have said it, and you may have thought otherwise, but from March to September I didn’t want anything other than play the violin, and play it better every day than I played it the day before. Play it with 100% presence.

I remember hearing kids play outside. I remember the pang of desire, the pain (desire is a painful orienting feeling!) and I said: Hell no! and returned to the practice.

I returned to wanting what I had. Playing the violin. Getting good at it. Without getting really bad in school… half of those months were school months… 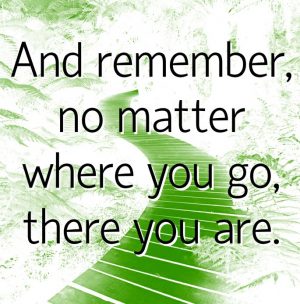 Another really educational “quote” was a … Dennis the menace. He is standing in front of the calendar, and says: no matter where you go there you are… meaning that your world follows you, because it is in you.

Unless you work with the world that is in you, unless you influence that world, you’ll remain unhappy.

That cartoon, one square cartoon, was glued to my kitchen cabinet, right next to the commitment quote from the North Pole expedition guy.

Commit to what you are doing. Because unless you do, unless you turn towards it fully, you cannot go anywhere else.

It is what I call alignment in conversations.

If you want someone to change direction you need to first walk with them, side by side for a while, and then when you are fully aligned you can take them anywhere.

Easier said than done… by the way.

Every fiber of your being says “no”.
You resist. You fight. You complain. You pull on the chain… 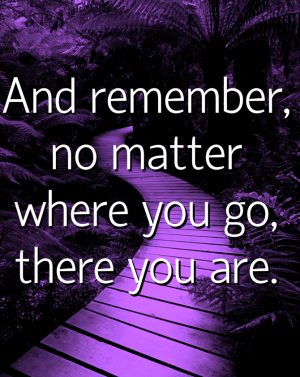 But truth is truth, and the only person you hurt most is yourself.

If you could master one spiritual capacity and no more: master this: wanting what you have. Wanting what is.

A big word for this is “surrender”… but it is not a good word. Surrender is a transitive (grammar anyone?) word: meaning when you say surrender, you also have to say what…

So I prefer to say: want what you have. Good, bad, ugly? Want it!

However distasteful it feels to you reading about it, that is the path.

The image I have is of my brother who, as a kid, loved cod liver oil. He even licked off the spoon after I got my cod liver oil…

He became a millionaire. Or close to it.

He wanted what he had. Still does.

His older daughter died and left two little girls. He is taking over for her… even though he is not the caretaker type. 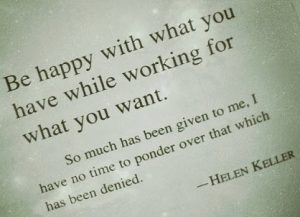 He wants what he has.

I am not quite there yet…