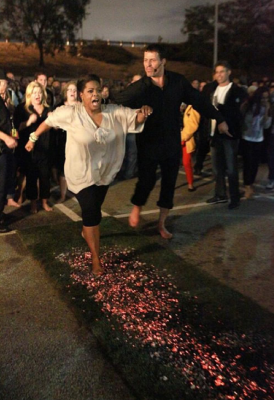 Firewalking is the act of walking barefoot over a bed of hot embers or stones.

Firewalking has been practiced by many people and cultures in all parts of the world, with the earliest known reference dating back to Iron Age India – c. 1200 BC. It is often used as a rite of passage, as a test of an individual’s strength and courage, or in religion as a test of one’s faith.

One of the buzz-words Tai uses in several of his steps is “innovate yourself out of” the trouble you are in… the stuck states, the problem, etc. It’s Jeff Bezos’ favorite method of growth… Jeff Bezos of Amazon.com fame…

Our feeling machine and our thought machine, combined and individually, try to get us out of situations that are unpleasant.

This is why your TLB score is so low… because the machines combined with a faulty map of reality, narrow and short cone of vision result in a knee jerk reactions machine… aka low TLB score.

Aikido teaches the opposite: move in and with the problem, instead of resisting it, instead of trying to fight it, move with it. 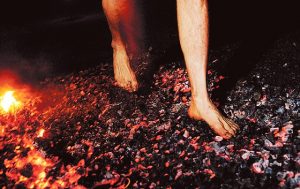 The word “innovate” of course didn’t tip you off… you didn’t even hear it! you only heard “problem” and “out”…

But innovate ALWAYS means: go  “counter-intuitive”. Look at what others don’t see.

There are tons of inventors, but not as many innovators. Because innovation comes from being willing to look differently, while inventions come by ton of ego… and ego comes from the same attitude everyone has: from fighting what is.

OK, let me look at this from examples:

One of my students is a CPA. He graduated in finances and accounting. After graduation it was easier to get a job in accounting. Eventually he opened up his own firm.

The two professions, finance and accounting have an overlap: they deal with numbers. But there stops any similarity. 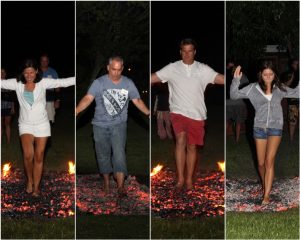 I suggested that my student to start advising his accounting clients on what to do with their money he helps them save, or he helps them rescue from taxation, so he can help them make the money work for them.

Go in the direction of your hate to innovate yourself out of the work you hate.

This is the crucial point where low TLB score and higher TLB score people go in two different ways.

If you have a low TLB score: you’ll not follow my coaching… and you stay stuck.

If you have a higher TLB score: you probably will… and you’ll have innovated yourself out of the stuck state.

Can you raise your TLB score? 2 Yes, you could, but your TLB will actively work against it. 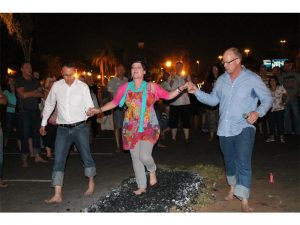 What does this mean? That unless you somehow can see that the path leads through unpleasant, ugly, disgusting, painful, distasteful, or frightening, and yet you are willing to go through it… you won’t raise your TLB score.

This is a lot like “test by fire” aka Firewalking.

I did it. A number of times. 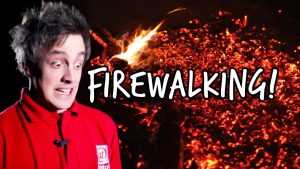 The first time I did burn my feet, a little, because I was hesitant. But I lived. And I learned an important lesson: listening to fear, listening to the “reasons” why not to do it, reasons in spite of all the people who got to the other side, without harm, is not the way to go.

If they can do it, then so can you.

This, unfortunately doesn’t mean that you will…

Want to know your TLB score? Now you can…

You’ll get your results in email.