So what did he have that most of you don’t have?

Let’s see first what discourage is on the level of feelings, and feelings dynamics? Because unless we know how a feeling is born, at the end of what process, we have no idea how to counter it.

Discouragement is one of the most harmful feelings you can have, because whenever it happens, it makes you reduce the size of the box you live in… And remember? What we want is grow… bigger box… so discouragement works against what we are up to here.

So here is the inner dynamic: 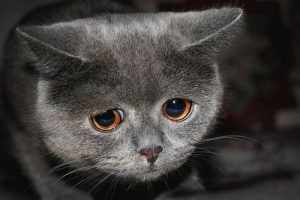 You have a thought or an idea. It may come from someone else. It may be a thing to do… or something to understand.

But it has an outcome of yes, no, enough, not enough.

You also have a thought that this is it, you’ll be done when it’s done.

You do this and that is going to be the result.

Eat eggs for a week, and miraculously be healthy and thin for the rest of life.

Exaggeration? Of course, I am trying to make a point. But the principle is that one action will produce fast, and fool proof result.

The body with its feelings knows that just because you ate right today, you still need to eat right tomorrow.

But the mind doesn’t know that. So it is discouraged.

Tai says that living life as an experiment, ok, he doesn’t say that… So what does Tai say? Do experiments until you find what works. In health, wealth, love and happiness.

He says the only mistake you can make is run an experiment too long.

Experiment means: testing. It is an alert, aware state, where nothing goes unnoticed.

But when you live your life that everything you do has to be the right thing, you live a life on a roller coaster. Jerked, from disappointment to smugness to disappointment. 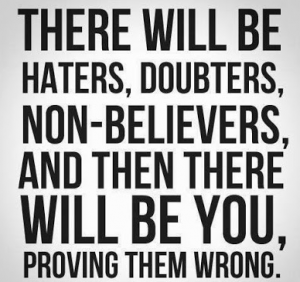 I am not sure how humanity got themselves into this state, but this is how 99% of humanity lives: disappointed, discouraged when anything doesn’t work right away the way it should.

And, of course, this 99% includes your doctors, your scientists, your psychologists… And your parents. And your spouses.

You live a life as if you were risking it all, when you make a change, and then go to sleep. Never actually looking at reality and see how it worked what you changed. never see a move for what it is: just a move.

I used to be like you. And as a dyslexic, I used to act on insufficient or inaccurate data.

I was always disappointed. I, like you, expected everything to turn out, all the time, without fault.

It took me a lot of steps to return myself from the brink of disappointment and discouragement.

The phases of my learning to be like my father are best indicated with little sayings. 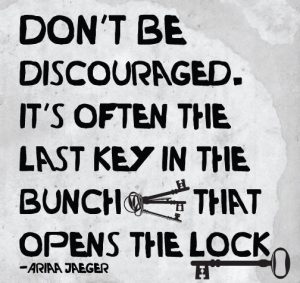 Certainty is a deadness. And anything you are certain of is like a thing that nails your foot to the floor.

You can now dance around it, but you are not going anywhere.

And the whole world shows up as “not that”. Unattainable.

Everything you could use to grow: awareness, big picture, long range vision, etc., all the spiritual capacities are an attack on the limited perspective of the human mind, because all of those are interested in seeing, instead of being sure, like the mind is interested in.

There is no growth possible with the mind.

This is why I was so excited, and am determined to become masterful at teaching, the dynamics of Feelings, taught in the books “Feelings” and “Words” by Margoczi.

Because if you learn to feel your feelings, accurately, knowing what they are doing, you are out of the mind. And you can start growing.

Get off the roller coaster, and start living your life as an experiment… grow, and attain the good life. 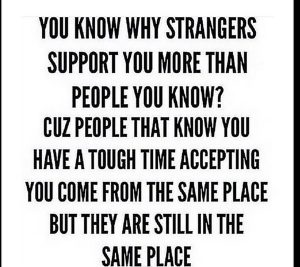 What? Yes. The good life is NOT attainable from the mind. Because the good life is the life that stands on four legs… and in the mind you can only get one or two legs working, but not all.

Because the mind cannot handle a wide cone of vision. It’s not even interested in looking.

PS: This is where I was 9 months ago:

Being discouraged, the temptation to give up

I am working on something that for me is like climbing the Mount Everest. Why? Because it needs skills and capacities I haven’t excelled at.

I have told you before that I am not very smart… especially with certain things.

I have been “working” on it, more like “getting ready”… which, for me, is a dance with preparation and discouragement, break. Preparation and despair.

I have learned an important lesson playing Freecell: if it looks impossible to me, 50% chance that if I look again, it is doable.

Something to look impossible, you have to wear a certain set of glasses…

If you have my philosophy: it ain’t necessarily so… then you’ll look again, like I taught you in the dyslexia article.

So when hopelessness sets in, I know it is what I see, so I look again. Or simply ignore and do some more preparation.

I could swear that reality changed while I looked away, but of course it is only what I see that changed. Before it wasn’t reality, it was a projection of the mind.

From time to time you want to look at your life and be able to say: “You have come a long way, baby”.

PPS: The next article will attempt to put you in the driver seat… from where it is harder to be discouraged…