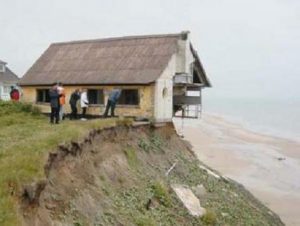 Everybody writes about recognizing other people’s emotions, or recognizing your own emotions… but that is talking about the 14th floor in a building that stands in thin air… They write about what they know… because no one knows there is a missing 13th floor, because the science isn’t built for the 13th floor, or not quite. It has begun by a nobody in Hungary… And the science is valid. 2

The 13th floor is the floor of feelings. And the whole world of feelings we have been discouraged to explore, no one teaches it, because a person who is grounded in their feelings cannot be duped, cannot be enslaved, cannot be used. 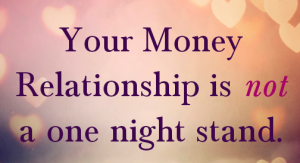 A person whose 13th floor is not built out cannot be happy, no matter how much they talk about the good life.

The next phase of work is to help you build out your 13th floor… so you can finally move, effectively, for what’s been missing in your life, be that money, companionship, understanding, fulfillment, or health.

You have my word for it.

The better you can recognize emotions, the more you’ll make.

That insight comes care of Gerhard Blickle, a psychologist at the University of Bonn in Germany.

According to Blickle, people who excel at recognizing emotions “are considered more socially and politically skilled than others by their colleagues. Their supervisors also attribute better social and political skills to these people. And, most notably, their income is significantly higher.”

In the experiment, 142 adults were asked to look at pictures and listen to recordings of actors and children expressing their feelings.

The participants were asked to say what emotion — sadness, anger, happiness, etc. — was behind the expression.

The average success rate was 77%, with the “really good” recognizers identifying 90% of emotions and the poor recognizers hitting 60%.

My experience is that these numbers are a gross exaggeration. My “tests” show a less than 10% recognizing when it is about the person’s own feelings/emotions… not 60%.

After the test, researchers followed up by asking the participants’ colleagues and supervisors how politically savvy they were — if they seemed sincere, influential, and formed relationships quickly at work.

The business case for emotional intelligence is so strong that some forward-thinking companies have started to incorporate it into hiring and management.

In the 1990s, L’Oreal started using emotional intelligence in its hiring of salespeople. Those hired with consideration of their emotional know-how sold $91,370 more on average per year than their peers, for a net revenue increase of over $2.5 million.

More recently, Chicago pizza empire Lou Malnati’s has been putting emotional intelligence at the center of its business.

Here is another article:

The workplace should be a professional environment: tough, efficient, and free from emotion, right? Wrong.

The old adage about leaving your emotions at the door before stepping into the office is dead, according to a recent study from the University of Bonn. Published in the Journal of Organizational Behavior in November 2014, the study showed individuals who displayed emotional intelligence—the ability to discern other people’s emotions—were more likely to bring home a bigger paycheck than their emotionally-stunted colleagues.

“We need to recognize that emotion is part of who we are as individuals and we need to become comfortable with our emotionality,” says Yongmei Liu, an associate professor at Illinois State University’s College of Business, who coauthored the study.

What Is Emotional Intelligence?

A leader who has a high degree of emotional intelligence can recognize when his or her followers are not in the right emotional state to perform well. They will work to change their emotional state, to energize them about the task so they can be more motivated, focused, and successful.

While the manufacturing economy of the past focused on productivity and solo-driven work, these days collaboration and teamwork are emphasized—making emotional intelligence more important in the workplace. “People increasingly rely on each other to get things done and that means understanding each other’s motives and emotions is a lot more important than it used to be,” says Liu.

Once the emotion recognition task was completed, the researchers then asked the participants’ colleagues and supervisors to assess the political skills of the participants—whether the participants were socially well attuned, influential, sincere, and are good networkers. The results indicated those who had a good ability to recognize emotions were also considered more socially and politically skilled by their colleagues. One other correlation? They all had significantly higher income than those who scored low on the emotion recognition test.

Employees can enhance their emotional intelligence by creating a culture that encourages everyone to celebrate emotions rather than suppressing them.
What this tells us, Liu says, is that emotional intelligence is not just this warm and fuzzy ability to get along with others better, but it’s also about the ability to capitalize on understanding where others are coming from and using that information to enhance one’s position.

“People who are better at recognizing others’ emotions are able to use this skill to develop their political skill—to enable them to influence others effectively, get along with others better, and that eventually results in [greater career success and] higher income,” says Liu.

How To Enhance Your Emotional Intelligence

Tapping into your own emotions can help you become more attentive to what others feel. Take frequent breaks throughout the day, and ask yourself how you feel. Meditation exercises and verbalizing your emotions with others can also help you to build your emotional intelligence.

Organizations can also help employees enhance their emotional intelligence by creating a culture that encourages everyone to celebrate emotions rather than suppressing them. “Allow people to be excited about things and to be upset about things,” says Liu.

Starting and ending a meeting by asking participants to take a moment to think about how they’re feeling, and perhaps even state it out loud, can help to build a culture of emotional acceptance and lead to greater success in the long run.