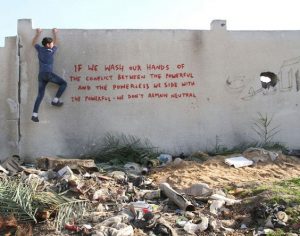 I had a “Talk to Me webinar” yesterday. I have it every month, on the last Wednesday of the month.

This type of webinar is question and answer. I have no agenda. I learn more from unstructured conversations than from lecturing. Or running a workshop. I learn how to teach you, what to deal with, what are the real issues.

This is what I learned yesterday about growing up in the Tree of Knowledge culture, about you growing up:

You were born, and almost from the beginning the smiling, frowning faces started to corrupt you.

Every baby is an empath, and you felt that the smiles were forced, but that you were rewarded if you smiled more. You learned that if you want to survive you have to smile. People feed you, hug you, talk to you.

For a while this worked OK… but… Something was brewing under the surface, you felt it, but you didn’t know what it was of what to do about it. It was like an oncoming storm…

The storm: you knew it was coming. You were bracing for it. But yet… you were unprepared for it.

Somebody said something. Said something, with a face that said: it’s bad, and when someone else listened to it: their face was saying it’s bad too.

Here are a few examples of the “original bad”:

(some details I may mess up, please forgive me)

These are four examples from yesterday’s real people. Everyone has a linchpin emotional word… 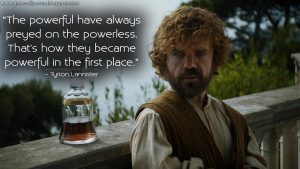 Some of the people yesterday were bilingual.

In their native language their attachment, their “hookedness” is above 90%. In English they are a little better off, but still hooked.

Even I measured being hooked 60% in Hungarian. I am sure this is why I was guided to leave and do the work of life in another language. In English I am only hooked 20%.

What do these numbers mean? What is being hooked?

In your natural state you get your information through your senses. You are established and live on your 13th floor.

You like to learn new things, try new things, play with others, play alone… you are happy, free, free to be yourself, and you compare yourself with no one.

You are curious, you are inquisitive, you scale mountains, you discover your world… what fun! 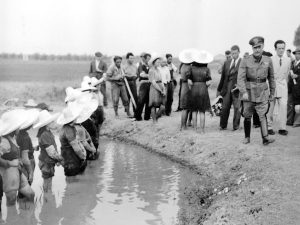 This is your 13th floor life the way it was meant to be. Even after the discovery of words.

But this is not the direction humanity went… humanity (maybe only some humans?) 2 was lead to live by words not by their inner guidance, the feelings. Humanity, en masse, abandoned the 13th floor.

If you pay attention: you don’t feel your feelings any more. The senses work perfectly, but the signals aren’t received.

They are replaced by words.

You eat the names of the foods you eat. No guidance.

The more variety the merrier… Those who can get more variety of foods are the “prosperous” ones… so you eat this and that and a whole slew of other things… Without ever paying attention, without ever tasting them.

When I first had the thought that I actually don’t know if I like the food I eat, I forced myself to slow down and actually taste the foods I ate.

I found out that 90% of what I ate I actually didn’t like, that my stomach was “dinging” stop, signaling disgust.

Nearly everything but the few things that later turned out to make me sick. And even those, only the first bite.

Taste was the last thing for me, but I recommend that you make it your first. 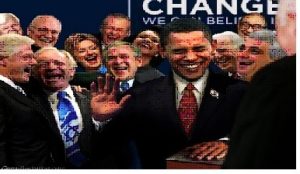 Why? Unless you get, really get, that you are cut off from directly experiencing reality, you’ll never consider opening yourself up to it.

Unless you learn to remove the words, the 14th floor, or at least make them secondary, you’ll be always under the influence of “culture” and of those who are pulling the strings.

The people who pull the strings don’t want you to become a person, to be able to get alone on your senses, and be happy. It doesn’t serve their purpose of keeping you in a deep coma, a deep hypnotic state, where you do their bidding.

I bet it is hard to see that you are not a person.

You replaced your Self with an ego, an ego that is doing all the puppetlike reactions, pretending that it is on your side, but really it is the helper of the power that be…

I’ll give you an example through which you may be able to see the mechanism invented by the powers that be to crush you and reduce you to an effect:

In Hebrew and in Aramaic, the word “sin” is missing the mark. Like on a hunt you shoot and it doesn’t hit the deer or whatever you are hunting for. It’s normal… ask any hunter.

In the Greek translation they invented the word “sin”… which means, I think, an offense to god, or whatever you call the authority who decides if you are good or bad… Tree of Knowledge?

Anyway, if you look at a Jewish child, they take mistakes in stride. They don’t mind. They don’t mean anything. Life is getting the hit through a lot of “no hits”… In life the target is not moving like the deer on a hunt… With more effort you can hit it.

Now, look at a Christian child with their Christian mother: one mistake and they jump into conclusion: you are stupid. No second chance. Didn’t hit it? Game over.

I consider myself a slow learner. Slow on the uptake. That did not prevent me from being a straight A student, and be in the top 5% of my class at university. I just worked longer hours.

I managed to stay on the 13th floor where the natural curiosity, the natural inclination of a human is to learn new things.

I lived in a Christian country, but I instinctively chose friends who had the same cultural conversation: you can do it, even if it takes work, struggle, and falling flat on your face a hundred times. So what? Life is 24 hours long, both for those that are fast and for those that are slow.

I wasn’t saying no to hard, and go towards easy, fast, quick release.

Now, what am I saying? 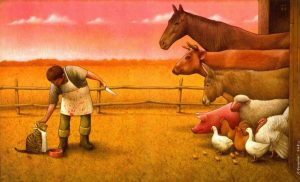 What I am saying that you can at least reduce the time (and the cost to you) you spend on the 15th floor: in your word-induced emotional states.

What I am saying is that you can return to the 13th floor and start living there as much as you can, when you make your decisions wordlessly, based on the “data” your senses provide you with.

Your brain works it out with the real data… and your decisions are, therefore, sound.

At least you won’t continue wasting your life in the tiny box you have condemned yourself to be in.

I don’t promise you that you can get all the way to happy… but you can work towards it, because it is entirely from what you do, not from what you have, or what others say about you.

Or the things you don’t get… don’t have… but now you can stop craving them. Really.

Of course, even in the movie The Matrix, the freedom fighters were a small ragtag team.

I don’t expect all of you, not even many of you to do anything to get outside of the Matrix.

PS: if you are a member on my subscribers’ site, you have access to the webinar recordings… namely yesterday’s… you don’t have to become a paying member, just a member. https://www.yourvibration.com/subscribers