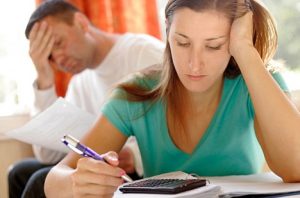 March is a survival month. I have been observing it for 30 years. If a business can make it past March, then it will make it another year. This is due to people’s (the buyers who keep business in business) spending habits…

…they don’t build any forgiveness into the land. They live from paycheck to paycheck, they spend all they earn. But spending a large chunk of your paycheck on gifts, traveling, entertaining, is not in your budget.

When I observe what are the favorite pages on my site, especially in the first three months of the year, I ultimately find three things, all related to Christmas indulgence one way or another:

When I ask them they may lie and say: because I want to be happy, or want to be a high vibration person, but what they don’t say because they don’t know how to look is this: who and what is in power in their life: themselves or something else.

It’s taken me 30 years and getting old to pull back all the power I have given to things, ideas, concepts, slogans, ideals in my life.

On the “Tree of Knowledge” that is what is normal: that you have ultimately no say in your life.

And I bet the concept is not even clear… The world of “I”, the world of Self don’t even exist, or they are hopelessly mixed in with others’, what others say, what others want.

When any of my students suddenly gets it, it is like popcorn popping… But society takes them back soon after… wife, husband, child, colleagues… misery loves company.

There is no place where you can look and find a model on how to live on the Tree of Life. It has become extinct in the seven thousand years diligent promotion of living on the Tree of Knowledge.

Just look at school. Children have to have a reason to be there, and the reason is not because they want to learn for themselves.

The rare eager to learn child is called names, bullied… the other children will teach the still curious to die inside.

But, of course, part of the wretchedness, the feeling, is due to the aspect of you that didn’t die, the soul.

It is like the pilot light in the water heater… it allows life, but it would need to be empowered to have a say. A say in you life. In your attitudes, in your actions.

Humans are a lot like dogs: in their natural state, on the Tree of Life, they don’t kill their kind, and kill other animals only when they are hungry. They have to be given reasons that override their natural instinct, reasons from the Tree of Knowledge, to become murderous.

The slogans, the words, like nation, enemy, faith, override the innate good… and the real values.

When you take those away, or the artificial separation of “enemies”, you’ll find a completely different behavior.

I once saw a movie about a Christmas sometime during the First World War, Silent Night: The Story of the World War I Christmas Truce…

But once people climb back to the Tree of Knowledge, with all its rules: “an enemy is not a person, and killing them isn’t murder… they are the enemy” they start shooting again.

The same is true in the area of material things… Want begets more want. Possession begets more possession. Greed begets more greed. Wretcheness begets more wretchedness. It doesn’t matter that you can only live in one room of your house, that you only have one stomach that is happier with simple foods… you are driven to get more. And then maintain it…

People teach you how to be more effective, how to procrastinate less, and do what you are supposed to do, what you have no inner drive to do, but what allows someone else to sell you something. It’s all about you wanting to buy, be compelled to buy. It’s all about that.

The Tree of Knowledge where people are pitted against each other, where they have to compete, compare, and buy buy buy.

Your life is not your life, and the Matrix where your body and soul are only a heat generating machine to run the system is not so far from the truth.

A Bill Gates is as unhappy as a Donald Trump, or a Joe Shmo from Kentucky or West Virginia.

Happiness is only possible when you like who you are.

And a Bill Gates who relentlessly wiped out competition, or a Donald Trump who is doing it now… how can they like themselves? They are the embodiment of desire for the self alone, the Evil. But so are you… no matter how good you think you are.

Evil is the motive power on the Tree of Knowledge, and it doesn’t matter what you call it. It’s evil. You can mitigate it, soften it with nice sounding words: I am making a difference, or I am helping people… you are lying and you know it.

Human evolution was hijacked and redirected onto the Tree of Knowledge… away from the natural, away from nature, away from what works… and away from happiness.

What is the ultimate essence of the Tree of Knowledge? It’s desire. It’s wanting. It’s greed. It’s competition. It’s possession… as if you could possess, really, anything but yourself.

Your possessions possess you… Alexander the Great dies a broken, unhappy man at age 31. Genghis Khan was killed by one of his possessions, one of his wives… he died unhappy and seeing the futility of what he accomplished.

It’s easier to see this on men of old…

The real question is: can you move your life on the Tree of Life?

Can you? Is it possible?

People who learn to live off the land, people who commit to simple living hope to do that.

But there is a world of inner difference that needs to be taken into consideration, and be removed.

I watched this Werner Herzog hour-long documentary on a village in Russia, in  the Taiga, the wilderness, that is bigger than the United States, and is a wilderness. The movie called “happy people” but even those “happy” people don’t live on the Tree of Life… they work in order to make a living. Their Selves has nothing much to do with what they do: it is all dictated by something outside of them. Their insides, what can’t be taken away, don’t direct their actions, are not in power. 2

Their lives are a great showcase of the “why” that gives you your life. That it is possible to have most of the why’s outside of you. And nearly none of the why’s of your behavior come from within.

Another documentary I saw, The White Helmets, (just won best short documentary Oscar), the people are a lot closer to the Tree of Life. They are not on it, but they are closer to it. I was sobbing for 20 minutes watching it.

I cannot give you an example of someone living on the Tree of Life.

I live there… but of course, you can’t observe me, you can only know what I tell you. And I may be lying. Or maybe I am delusional. So it’s hard to tell.

So, for now, you can only do a few things:

PS: Here is an example that illustrates how to practice a virtue…

The example is about foresight, or about seeing the big picture… of long term vision… all will need a phase that nearly no one practices… Look first.

Without the habit of looking first, outside of you, inside of you, all your actions are misdirected: directed by the Tree of Knowledge that claims to know what is. Humbug.

If you observe yourself, your actions, normally come from assuming you know what is… but you don’t.

I have experienced that incredible difference just one minute of looking creates in the results. If I didn’t know better, I would say that one minute looking makes me supernaturally intelligent, astute, and a genius.

When I was in the habit of turning capacities on for people… (it was an experiment, but I still experience stabs of pain when I recall it,) people turned the capacity off almost as soon as I turned them on. Why? How? Because they never looked at the place where things are, they looked at the memory of it… so they could never act consistent with what their senses told them. You don’t look? You don’t need the information? The capacity said good-bye.

It still needs work… Every time the “evil” says in me: “no need to look. Only stupid people look…” lol. When I manage to remember that I am stupid, then I look. And the step, whatever it is, is fast and successful. Whenever I don’t look, I have to go back again and look, because I botch up the step.

Of course I have tasks that need me to look… do you?