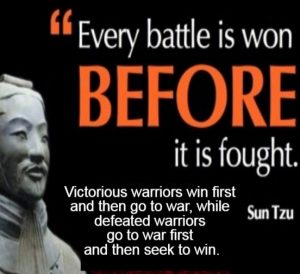 When you look at people’s core we see three ways the core behaves:

Depending on your core you’ll behave in life… So what determines what your core will be like?

I first heard of the acquired attitude in life, called by Martin Seligman: Learned Helplessness. back in 2016. I listened to about 100 hours of audio, ten times. Every time I went out to walk, most times when I did housework I had my wireless headphones on my head and listened.

I increased my knowledge of life, attitudes, by doubling it with those audios. This, in spite of the fact that I am a voracious reader…

At the time I made listening to those audios a condition to being my student.

Learned helplessness is a distinction. It seems that none of my students have even attempted to observe it, identify it, and recognize it… Neither on themselves, nor on others. It was like the color in the color exercise: people looked, nodded, and stopped there. 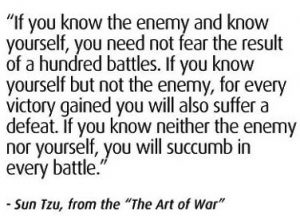 The real secret in distinctions and the ferreting them out is this: you cannot be responsible for what you can’t see. So the goal is to see where previously you could not see. But see with your own eyes. Not through someone else’s.

If I point out a behavior, you may correct it, this specific behavior, for this one time. But if you cannot see the pattern, the distinction, then you’ll leave all the other occurrences of the behavior wreak havoc.

In essence I am teaching you to see on this site, to see. Most of you refuse to see... 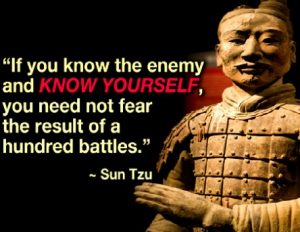 My hope is that by the end of this article you’ll be on your way to be able to recognize the behavior. Recognize it everywhere, and treat it as a learned behavior, not something that someone is going to be stuck with…

Let me start with the experiment Martin Seligman did: he put a dog in a box and gave it electric shocks. The dog could not escape: it was in a box.

Then he lowered the walls of the box, and did it again.

By this time the dog “learned” that there is no sense in doing anything, it is hopeless, it cannot escape… so it just sat there, bearing the shocks.

Instead of putting words into the dog’s mouth, which puts us straight on the Tree of Knowledge and the emotions, let’s concentrate on the Tree of Life… where we may learn something useful.

Looking from the Tree of Life… from sensations, the dog is limp, floppy, it has given up, it’s a victim: powerless.

But the most important thing is that it’s limp.

Does not even hold itself with dignity.

You have no core…

In my senior exercise class to make seniors strong enough that they won’t fall and break their hip we do a a lot of stand up/sit down type of exercises to strengthen our core. 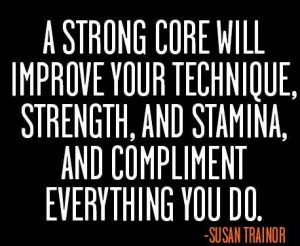 If you try to stand up as you are… you are floppy. Standing up is hard, and you flip and flop.

On the other hand, if you blow your breath out while you are standing up, that simple action makes your core solid for the moment and standing up is a simple smooth move. Your knees may hurt, but that’s it.

So, what can we learn from this modified exercise? We learn that your core is what makes life easy, doing things easy, learning easy.

In the stand up exercise it is both physical issue and an attitude issue. If you think you can’t… you won’t breathe out.

What attitude? You want to be right… for your own evil purposes. You want to get off the hook. You want to not be held responsible… ‘You see that I can’t… baaah.’ Sinister.

In yoga classes you are asked to do moves that unless your core is strong AND flexible, you’ll fall, or hurt yourself, just like in life. So in yoga class you get up and do it again.

I don’t care what anyone says about yoga:

This may be the essence of yoga. To become a person who can.

The expression I like to say myself: I’ll do it or die trying it.

If you are on the level of the dog who just sits there whimpering, this sounds obscene to you. You have a TLB  of 1 and you live on the Tree of Knowledge, where your emotions justify your behavior. You are wretched, and your life is wretched. 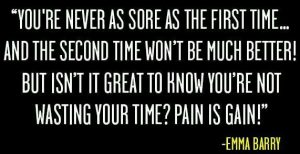 To be an expanding human being, to live by the Original Design, you need to have a strong core, fortified with virtues you learned, one by one. Even if you have the capacity active, you still need to learn to use these virtues.

This is what I teach you on this site, in my coaching programs, in my health consultation, on my webinars… and this is what you are not very willing to learn: that even if you have the capacity, you still need to develop the physical expression of it.

For example I have the DNA capacity for long term planning open. And yet, when it comes to planning, I whimper… and claim that I can’t. But if you force me by being a student who needs it, I suddenly know exactly what to do and how to do it… except that for myself I don’t do it… Ugh.

Your weak points are pretty much predicted by your soulcorrection, with about 90% certainty.

The variety of attitude is as rich as the soulcorrections…

Both rigid and floppy core are detrimental to your future.

I have had some amazing students with amazing core they built over the years.

I get misty eyes when I think of them.

One is a family man. His young son is frequently ill… he just began school.

Last week he fell ill with belly ache. Instead of taking him to the doctor he put him in bed, gave him fluids… and contacted me.

Caring for a child is a huge responsibility. What if I screw up? What if I miss something? I was terrified. But I did what I could… suggested stuff… prune juice, walking, withholding solid food… even though for four, maybe five days the child wasn’t getting better.

Last night I think I was more ill than the child. What if the child has appendicitis…

So I suggested that maybe the pain is just a phantom pain… given that the child could poop… but if the child doesn’t get better, he should get a lab test for elevated white blood cells.

When I connected to the child I felt peace and no pain.

This morning I woke up to an email: the child is well and happy.

The three people who had to have trust… which is the most important part of a strong core, the mother, the father and me, proved to ourselves that we can.

I am choking up and smiling at the same time… But such is life, the life of someone who can.

Doing only things that you know you can do is for weaklings… but for doing the seemingly impossible, you need a strong core.

And most of what we do here looks impossible, looked at from the culture, the Tree of Knowledge, from your past.

But nothing is impossible for one who is willing to go for it. Who has the attitude of ‘I’ll do it or die trying’.

The operative word is “willing”.

And this takes us to the last identifying “feature” of learned helplessness: unwillingness.

There must be a payoff… a hidden sinister benefit to refusing to do something.

You say ‘don’t tell me what to do!’ or say ‘I can’t do it’ or promise but don’t do… these are the ways you maintain your floppy or rigid stance so you can remain the same.

One of the measurements (#8) in your Starting Point Measurements is about your behavior when someone suggests a correction, or an action to you.

The categories are wise, foolish and evil. This, I think, comes  from the bible.

I must tell you: I have not had many who was a ‘wise’ person.

The stronger ‘desire to receive for the self alone’ your soulcorrection has, the less you are going to be willing to follow instructions.

And pretending to follow instructions, like some of you do, is, maybe even worse… you think you are fooling me… you have glee as an instant payoff… Nasty, nasty.

While most play this game thinking they are winning, some others, quietly living a life of growth and expansion, and are happy with a happy family who are also growing.

Because what is in common in people who grow is that the family they create is also growing.

You are not an island, and you can’t do it alone… unless you live alone.

Enrolling your family in becoming growing is going to be the assurance that you can’t get off the hook.

Watch what you say to this in your head… That is your floppiness… got it? Saw it? Good. That is what we want to disappear.

Everyone will get older, but few of us grow whole. Few of us will live a life we can be proud of.

It is not what you have that makes you proud, it is who you have become… But to become more, to become whole, you need to develop a strong core.

A strong emotional core, a core that can tell you: You can. Become someone who can.

When you apply to become a marine, they drive you through a months long bootcamp. Only strong youth applies, and yet many of those fall by the wayside.

I don’t have the ability to do a physical bootcamp… but I can do a virtual one, a simple one, a relatively painless one… and yet, many will fall by the wayside.

The ‘trick’ is to make you promise to do some activity that it takes a continuous strengthening of your core to actually do. Daily. Without fail. Get back on the ball when you fall off.

One version of it is to promise to listen to one audio of the 100 hours, or one hour, or 30 minutes a day.

And then do it. Every day. And report back that you did it. And by now you know that lying to me is futile: I can tell.

I check if you did it every day. Bark at you if and when you didn’t.

I let you have the audios. You pay weekly. It’s private.

You can quit, and admit defeat whenever you want… Or hang in there and come out on the other end strong and proud… like a marine.

When your core is strong… you enter every endeavor already a winner… Winning is just a circumstance.

Enroll in the virtual bootcamp