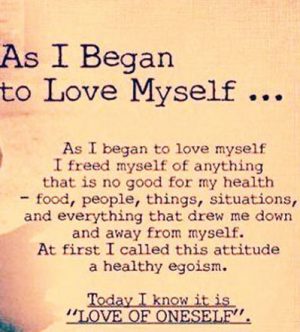 It is said that awareness 1 , the awareness factor is the best predictor of someone’s chances for success.

Simply put: your awareness is a measure that expresses how far your head is out of your anus, and how much of what you see, hear, feel reaches your conscious awareness and triggers an APPROPRIATE response there.

That is quite a mouthful, right? So to make it easier, I am going to speak computer language… if you don’t understand, I am sorry. I use many different analogies later on in this article, so just hang in there… OK?

The brain receives all the signals the sensory organs provide, but is selective about bringing it to the conscious, because of bandwidth limitations. 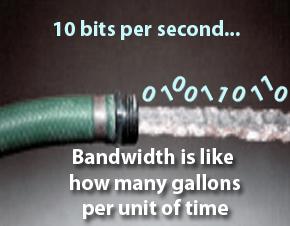 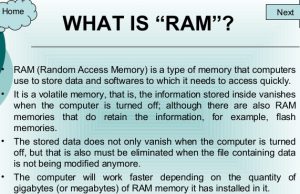 And even if there is enough ram and there is enough bandwidth capacity, if the processor is weak, if it cannot process a lot of data fast… the broadcast will miss its mark.

So what happens if you have bandwidth (intelligence), processor (intellect), and random access memory issues? meaning: lack?

You are going to walk through life… largely unaware. 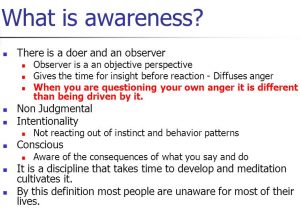 So what is awareness?

One may say it’s an attitude, but I dare to differ. Awareness is the capacity to be reached by important information coming in through the senses. Processed, correctly interpreted, ready to act on.

Your overall intelligence which I measure when I measure your Starting Point Measurements is effectively measuring your awareness. 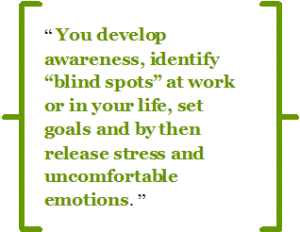 It would be impossible to tell what part is the main reason your overall intelligence is so low… because there are so many factors acting all at the same time.

So the only ways one can get that number is watch your life… or muscle test it like I do.

Most people I measure are at 40. The people with the number 40 are like zombie-like.

The biggest issue is physical: people eat the wrong things and they are severely dehydrated. Both are easy to correct.

The second factor is mistaken beliefs… a total misalignment between your map of reality and reality itself. Values, or how life works, or what is expected of you.

It’s a lot like my dyslexia… Many times I look and what I see is not what is there… I have to erase my ram, and look again… Erasing the RAM, clearing the cache (computer language again!) is the secret move of the wise… Why? Because your cache will show you what you used to seeing, what you knew before… not what is there, not the new knowledge.

So when Tai (and his mentors) say: your level of conscious awareness is a predictor to your worldly success (I paraphrased) I tend to agree… Even though I don’t think they know what a can of worms this “awareness” thing is.

Another aspect of awareness is this: there needs to be some match between map of reality and reality already stored in the database. And the area of life represented in the database has to be wide enough for the new sensory information to be considered relevant and to connect to what is there.

And yet another aspect of awareness is the cone of vision. The width of the view: wide angle or telephoto… extreme closeup. And the depth of the view: how many steps ahead does the view go? One step… or many.

The more fearful a person is, the lower their TLB score, the narrower and the shorter their view is… thus, cut out from the rest of reality, the accuracy drops below marginal… and the information gleaned from reality makes scarcely any difference, or worse: is interpreted as all there is… prompting the person to decisions that would make no sense if they had a wider or longer cone of vision.

Here is another example where intelligence shows… and where lack of intelligence also shows: doing the steps in the 67 step program.

The 67 step program is 67 audios, each focusing on 2-3-4 principles. Each audio is anywhere from 20-80 minutes long. Each principle is important to grasp. Most of them are unfamiliar to the participants, but are important to them if they want to build a life worth living… the good life. The excellent life.

The job is to listen to the step, and then answer the questions posed by the speaker, Tai Lopez. All the questions are specifically about your life… while the step is general… so it’s about translating a principle to something to see or do, right now.

My coaching to my students is to not listen too closely to the step they are working with.

It is a lot like being in a tour bus in a city you don’t know, and listen to what the tour guide is staying, without looking out the window. You get the words, but were not taken to the tour, not really.

I suggested that they do the steps the way they take a shower: to get wet…

Some of my students interpreted that as: don’t listen to the step. Just play it and while Tai talks away, think about your own stuff… and then write pages of that to me.

That is like being a jazz musician… and instead of jamming, instead of using the main theme, create variations to that theme… you considered that just starting to play another piece of music is OK. It isn’t.

I had to deal with this issue while I was an architecture student. We had to look at other architects’ work, be impressed, and borrow, steal, copy…

I found it incredibly difficult to do. But I did go to the tours other architects’ work provided. I built a foundation of knowledge that allowed me to develop a style, some convictions, some values that would have been missing without those tours.

I know it is difficult. But it’s important.

I think of all the work I do, coaching is the hardest.

Sometimes I have to go through tens of different ways of looking at what’s going on before I can hear that the analogy, the idea, the concern, or whatever… landed.

The getting wet in the shower analogy works really well for me.
It obviously did not communicate.

Let’s see if the tour bus/tour guide analogy will work…
Or the music analogy with the jamming, improvising musicians…