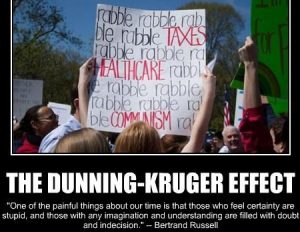 An open and well-reasoned person might be very wrong, even if they’re rightfully confident. A falsely confident person could well be right, even if their confidence is false. Confidence is a feeling, a state of mind, and a way of presenting oneself. It isn’t in itself a good measure of correctness.

The measure of correctness, (from value science, Axiology,) is clarity. You can be visible, clear and crystal clear. These are categories of how accurately you see reality. 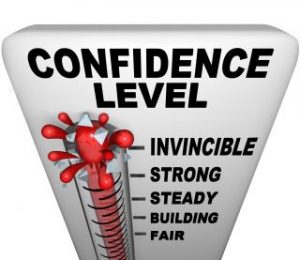 It is not how you feel that causes you to be accurate. It is what you see accurately… while confidence is how you feel about your clarity…

I get on an internet marketing webinar at least once a week. Although I’d rather just teach… unless I get the word out, unless I have an audience, I am just talking to myself… All of these webinars are selling something. A method, a software, a service. All contribute to my clarity.

I got on one of these webinars today. The system they were selling was highly doable, potentially very profitable, and the course not very expensive.

Buying into a system is a distraction for me: distraction, unless I want to quit teaching you, I wasn’t on the call as a potential buyer. I wanted to see what other people are doing. 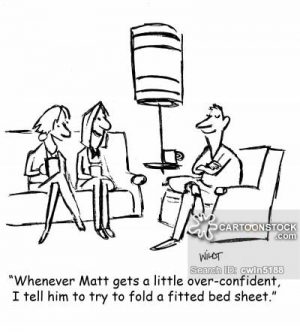 I saw something I need to share. See if you can recognize yourself.

I recognize quite a few of my own visitors…

I have visitors who after visiting me, maybe buying some of my products, turn around and tell people that they are healers. For example…

The speaker made his system sound easy, piece of cake. So the attendees saw that they could just knock the system off, without paying the guy the five hundred dollars for teaching them.

They also wanted his software… They wanted to be clever, and not pay the price. Take the tools but not pay for learning how to produce the results with them.

Ray Kroc, when he saw the success of the McDonald brothers, had the thought that he could copy what those brothers were doing, and get better than them… But he chose to join forces with them. As he said: why invent the system if you can just use what already works? This was the deciding factor in his success. He wasn’t falsely confident, he trusted the system and he trusted what he could add… instead of trying to build it from the ground up.

This is a rare attitude, and because of this there are only a very few people who are successful. Everyone wants to invent the wheel… but not many people can.

If you look at the most successful entrepreneurs, they all used true and tried ideas… Amazon.com, Walmart, Steve Jobs…

Now, in the past 13 years that I have been going to internet marketing seminars, I have seen that 95-97 out of a hundred will not do much with what they buy or think they learned. And maybe one will succeed.

And then, without having help, or being able to ask intelligent questions, you are stuck, and the whole project halts. Dies. You are again where you started. Confident underachiever.

This example shows how being able to kind of see the speaker’s system, being able to see a rough picture of what the finished product would like, is in no way sufficient to actually create what is being described, in this case a successful website.

Unless you are crystal clear about every step, or you can invent it, your clarity is not sufficient to create what you saw being shown on the webinar.

Any webinar will only give you the tip of the iceberg… What actually makes it work, the nuts and bolts: that you have to pay for. And even after you paid, you need to get to a level where you “own” the knowledge, almost to the degree as if you had invented it. Getting crystal clear…

Meaning: it is a journey to go from the approximate knowledge of a thing (visible) and actually knowing it… (crystal clear) Work. Making mistakes. Observing the results.

Which means: every learning is experimenting. Experimenting until you get the results you are aiming for. Most of us can’t experiment. Once you declare a part as fixed, true, accurate, because you know it, experimenting is halted…

For experimenting you need moving pieces. Flexibility. Adaptability. And awareness.

If you are stuck in a rut in any area of your life, the main reason is that you know something. Know something that is inaccurate.

It can be a big thing, and it can be a small thing.

When I was in Israel, I tried out the Atkins diet. I made just one little tweak to it: I drank several cups of coffee every day with heavy cream.

I also ate turkey. Turkey is good for me…

I put on 15 lbs instead of staying thin.

Fast forward: 30 years and another 30 lbs I discovered that I didn’t know cream wasn’t good for me, and I didn’t know turkey was fed grain… and made me ill… and fat.

Lots of things are unknown unknowns… and scientists, and nutritionists, and doctors, they all come from what they know, and those are the immovables… and the experiment becomes a so-called experiment… You either confirm or disconfirm your hypothesis… but nothing new gets discovered.

Dr. Sharon Moalem has come closest when he said: we are all individuals, and our genes, although seemingly similar, tell our body what it can use as food and what it can’t. 2

When I muscle test people to create a list of food they can thrive on, I don’t know their ethnicity. More often than not, they themselves don’t know it.

And even if you did, you would not know what genes dominate.

One of my students who is mainly French Canadian, has a dietary preference, according to muscle testing, to Native American and South American food items.

Had I created her diet from what I knew, she would not be getting well.
.
.
.
If you would like me to muscle test your health number… where you are on a scale of 1-100, you can ask for it now.