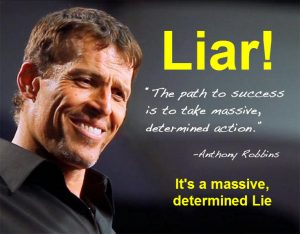 The answer flies in the face of everything most anyone teaches, except one book and maybe one teacher in particular. 1

What is being taught is to take massive action towards your goal.

But almost no one is on the level among my readers, and I am not there either. On the level meaning where one massive action can get one to the goal. 2

So their lives is full of campaigns, and nothing ever gets built. The knowledge that could be gained from what they do never gets integrated, never become part of their “adjusted instincts”, never builds a foundation: it is like top soil that gets blown away by a wind. Wasted.

What is missing? A foundation.

Tai calls it the ten dark years, others call it the 10,000 hours, but whatever you call it, it is foundation building years. Building skills. Tangible and intangible. A knowledge base. An interlocking system of roots that can hold up any tree.

Campaigns are like putting a seed in desert sand, and maybe giving it a little soil in the hole.

The first wind will pull the whole plant out, because there is nothing to hold it up there.

There is no direct way between where you are and where you want to be.

The children of all animals learn and build skills through play. Building all kinds of skills.

Nature, your DNA knows that. Your mind which is filled by Tree of Knowledge stuff doesn’t.

The story in the Bible, the apple and the snake, is the story of humanity falling from grace. Wanting knowledge without earning it. Wanting results without first creating themselves, through persistent and tireless work to be the person who can take effective actions towards those results.

In my opinion, the opinion of a conspiracy theorist, it didn’t happen by accident, this falling from grace. It was, just like the story says, a suggestion by someone or someone’s who benefit from people not continuing what worked millions of years: building themselves and skills up first.

It happened about seven thousand years ago. Muscle test says that.

And as a result the past seven thousand years, in most places, became a world of the haves and the have nots.

There are some exceptions. The Scots who at some point put a school and a lending library in every community that had a church and pastor. The Jews who without keeping the skill and knowledge building forefront could have never survived. The Kurds, who lived proudly away from the hubbub of the world.

Tiny pockets of Tree of Life.

There have been, probably, more tiny pockets. Isolated, or dispersed nations.

You were probably not one of those… With less isolation assimilation began, and today even those groups lazily hope that the apple will fall into their mouth, or as in Hungary we say: the roasted pigeon…

If genetic research were there, it isn’t, they could see it in the genes.

But genetic research is primarily funded, ultimately, by the same people who wanted you to think you can get instant everything… so as to prevent you to build yourself skills and real useable knowledge, so genetic research may never get there.

But… if it were there, you could see that it is in your genes now to be a pie in the sky person through seven thousand years of myth, or a Tree of Life person who knows to build skills, and doesn’t resist it.

Your resistance and ultimate refusal is a sign that your genes are altered in the seven thousand years, altered to work against Life.

Can you reverse this genetic alteration?

Yes, thank god, because genes are, ultimately, respond to Life more than they respond to Death. It is the genes’ self interest.

So how do you do it? You haven’t seen it done, not your parents, not your grandparents… so you have no models to follow. Even the people who have done it: that part of them is largely invisible.

Or doesn’t make sense. Of course.

Sense, as you use the word, is a Tree of Knowledge word. 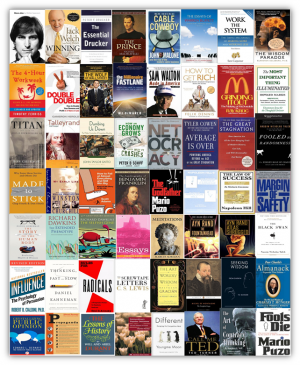 You may ask, one way or another: what does reading have anything to do with success?

In one instance a shareholder asked Warren Buffet why he bought a certain company’s shares… and had some very good math to support his opinion that it was a mistake. The guy was good at math… but that was it.

Warren answered, and to the listeners it was obvious that he was looking through a much wider cone of vision… that included history, and science, and philosophy and sociology… And obviously Warren’s choices of what to buy have been consistently successful, otherwise he wouldn’t be a billionaire.

I have students who said they would read books and then lie about having read them. As if telling me they read (I made them make a list!) those books were the same as actually reading them.

Just like you can tell a cat that was trained by her mother to hunt and a cat that wasn’t. I had cats that grew up motherless and they watched the mice in my house, with intense curiosity, but never caught any.

That do won’t hunt… as the saying goes.

I didn’t make sense to people because nearly none of my skills were pointing to anything like a big audacious goal. 4

And I have never stopped. I am learning Hebrew. I have a red worm farm. I collect egg shells. I still grow plants. I spend at least 20-40% of my income on experiments that mostly don’t pan out. I take on students, I lead classes that are experiments. I buy courses on making videos for social media, on making websites that are viral, on faking google, etc. etc.

I live on the Tree of Life.

So what the heck am I doing this for?

Well, other than that it makes me alive with pleasure, lol, I am still building top soil. Top soil that is good enough, deep enough to grow anything in.

How deep is YOUR top soil?

Your top soil is the real knowledge you have, the knowledge that you earned with the sweat of your brow.

So, to answer the question asked in the beginning of this article, people who are worth a damn have spent and still spend most of their time building top soil.

The ten dark years are dark because it is not sexy for media. But those were the happiest times. Because building top soil is a lot more fun than working towards some audacious goal…

Trust me, I have done both. My favorite activity is still building top soil. Why? Because it is where I feel myself the most. Because it is not a public performance. Because it is independent of the results… the results that expose one to the masses… the dumb, Tree of Knowledge, masses, who know nothing, have done nothing, and they are toxic.

I am approaching the end of life for me. I don’t know how much I have left. I am having so much fun, that I am now willing to do work, a lot, to extend these years of fun.

Funny, about 15 months ago I was at a place opposite: I wasn’t growing, and all of my life was exposed to the public. I wasn’t having fun. I wanted to not wake up in the morning.

But then I started on a regimen where I returned to growth. For me it was the 67 steps. And then teaching it. And then starting to grow, again, like a weed.

Today I laugh a lot. I find life, people amusing. I step dance to work most mornings. I am alive. Alive with pleasure.

I even had a wet dream last night… lol.