So my work doesn’t appeal to many people, because I am an experimenter.

I ask questions and then I test them… Every question is a theory. A theory that needs to be proven or disproved, if possible.

This, about Tinnitus, won’t be my first experiment that either succeeds or not. Either prove or disprove a theory. (The theory is that a break in your ‘energy body” will show up, to me, a true empath, as a pullable cord, attachment, and if I pull it, the noise in the ear will stop.)

A theory is just that… an idea that may be true. Arguments won’t decide it. Only experiments.

But unless you have a relationship to life, or LIFE, that allows for LIFE to be bigger than your two-bit, security and certainty centered thinking, you won’t experiment. And you’ll continue your unfulfilling two-bit life, alternately arguing, but ultimately unhappy.

After all we live in a world where if you yell, if you are loud enough, then everyone will think you are right.

We live in a world where the intelligent needs to hold back, so the stupid don’t kill them.

You’ll continue thinking that being right is in your best interest. That allowing someone to run the 4-minute mile (or being smarter than you) is a personal offense to your sense of who you are, because you said that it was impossible.

I have clients like that. And now, that I have exposed the question to people outside of my usual circle, on Quora, I have more people yelling at me, mad at me, cursing me out. 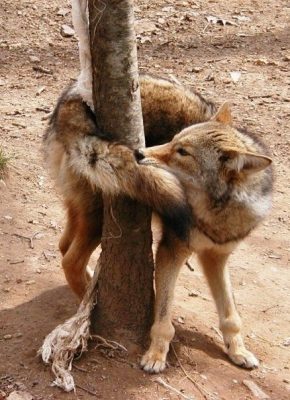 If you asked me what is the purpose of my life, I’ll say it again: “Living on the edge, generating distinctions of transformation for humankind.”

Quite a mouthful, isn’t it?

I put it in writing, back in 1992, to cause a lasting transformation for myself.

Transformation is not losing some weight and getting skinny. No.

So if you want different actions you need to change what you see.

But how? Is reality reality?

And the answer is NO… maybe reality is the way it is, but what you see is not reality: it is an approximation of reality…

And in the approximation your interpretation of what you see has almost free reign… which is both good news and bad news.

Good news for some people, the one percent, who will play with their interpretation, until they it some that alter life in a way that is miraculous.

Until I created that statement, you know the “living on the edge…” statement, I was very miserable. I always found myself on the edge, financially, healthwise, socially, professionally, and then I had to deal with it.

Now, I always managed to see something about life, about some of the invisible realm, but that was the booby prize… because I was poor, sick, shunned, and that was a bad deal…

But when I managed to create it as the purpose of my life, life turned around for me.

Nothing changed out there. What changed is that now I intended to go to the edge, and now coming back with distinctions that transform was the gold… not the rest of life.

Turning around what I said transformed my view of my life, and turned it into useful, turned it into something I can be proud of, and maybe even enjoy.

Most people I know would not create a life purpose themselves like that.

So going to the edge is not for TLB 1’s, it needs you to have an unusually high tolerance to bad news. lol. Or hardship. Or public outcry. Or being ostracized. Or people arguing with you.

I am in the middle of quite a few experiments:

And one experiment that I am starting now in this article: suggesting people that they ask “Is this useful” instead of who is right, or how true it is.

If you ask: is this useful, you need to look, whereas the other questions you customarily ask are either politically correct, or questions you always answer the same way, so your life, it could be said, is the result of those answers.

Anything to force you to look wider and deeper!

In the new experimental course I am leading, from upsets to communication, it is obvious that people think that the way they react to life is communication.

Anything to make yourself feel better and the other feel worse. Anything to prove that you are a more generous, a better human than the other.

But the grass doesn’t grow where you walk. You are toxic, and you know it.

You see, it is one thing to read a book, do a course, and another thing is to see what it teaches everywhere. Especially on yourself.

Reading is about getting new eyes that can see the way you could not see before. So life can change.

People who read that way can attest to what I am saying. Life is very eager to change… for you. Once you change how you look… and therefore what you see.

So you see, of all the experiments I run, this is the most important. Because this can effect everyone.

If I can get through, if I can teach it.

Because the issue is: in order to change what someone sees, one first have to see something different…

And, of course, this is where I can say: the dog bit its own tail, the snake reached its own tail.

Not so fast… The experiment’s results are not conclusive yet.

Some people are actually able to change what they see.