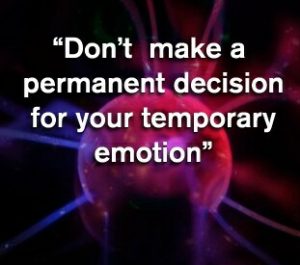 What happened to humanity, starting at the beginning of the 20th Century is a big tragedy.

And success gurus, success writers, motivational speakers, and the whole industry of the Lottery Approach.

The same thing happened in spirituality and in healing. Even religion was kinder to people… Even religion robbed them less that this new wave of success literature. Killing Life… for most people.

Werner Erhard is an exception. Tai Lopez is an exception. Any more like them? I don’t think so. 1 There are some marketing teachers that teach what they did and do… but even there, they make their money by selling you ideas, techniques that are untested, and won’t work…

Not work for what they want, not learn real stuff, no, they want to be given.

A number of years ago I read a sentence: most people walk around with their umbilical cord in their hands trying to find a place to plug it in. 2

The person who said that said that people are looking for leaders. but I am finding out that they are really looking to return to the certainty and safety of the womb where they have to make no decisions, where they can be taken to where they want to be. without any risk or their own, without any effort, without any work.

Responsibility is a two edged sword.

On one hand it tells you that it is, or it was your job. If it is to be it is up to you. It is your access to your personal power. Because if it is up to you, then you can do it.

…but because you think you know yourself, you know that if it is up to you, it will be botched up, or won’t ever happen. How do you know it?

You look in your past and you extend it to the future. As if it were a law that you have to repeat your past mistakes, or your past successes… Not is true, even if you see proof in your own life.

The future can be different… if your attitude changes, and if your actions change.

Most people do drag the past 3 into their future, and then the future has to be the same as the past was.

This distinction is the hallmark distinction Werner Erhard contributed to humanity. And also the process with which you empty your future… 4 maybe daily, maybe even hourly, so the future can be empty.

The result is miracles… apparent miracles. Anything that is unpredictable for a person can be considered a miracle, because filling the future with the past is the most unusual activity. Even people who know they could do it, don’t often do it.

An empty future is frightening. The devil you know is better than the devil you don’t? Hell no. And yet, even people who have learned the distinction and the technique/process of emptying the future by participating in Landmark’s courses: don’t do it. In fact, In fact, muscle test says one in 10,000 participants do it with any regularity. Of those who know how to do it. In the world at large it is probably one in a million. You could be one in a million… It’s not brain surgery!

Without doing the process of “clearing”, what is predictable will happen. The same. The past.

Why? Because your actions, your attitude are closely correlated with what you see.

And your future is full… full of your actions in the past. Mostly failures. Mistakes. Can’t do’s.

Because this is so automatic, your job is to build a new track record. Tiny step by tiny step. And even when you are good at filling the past with small successes, even then you’ll need to stay awake, aware, and bring another distinction to bear:

Your results come from the invisible. Invisible to you. Nothing esoteric!

The eyes will see some stuff and not others…

I always bring up my dyslexia, but I have a hunch that you either don’t have to have dyslexia to not see what’s in front of you, or we all have dyslexia.

I vote for the former.

You almost always look with your emotions. The emotions come from the past. And the emotions tell you that you are worthless, or slow, or not good enough, or stupid… or that it’s hopeless! or whatever you decided when you were little.

How do I know this? I am observing myself. My emotions tell me, consistently, that it’s over. I am done, and I am as good as dead. That it’s hopeless.

Because I am so practiced in this distinction (that you put past is in your future, probably so you can avoid doing it again, or to protect yourself) and I am so good at clearing the past from the future, I can stop, breathe, and look again. And see something new. The way out of “it’s hopeless”.

Now that the past is taken out of my future (I may have to say a few times: “it ain’t necessarily so!”) I can see ways the game is not over.

I have shared this before, but what happened in this story is also a great example.

As a magazine publisher my expenses were huge. Printing, staff, rent…

So oftentimes I could see my doom, I could see that it was over. Dread is the emotion that clued me in.

So, one time, I called one of my advertisers and planned on asking him for an advance, so I can bridge the gap, the missing funds.

He, instead, said in a soothing voice: You can do it.

Honestly, I never had anyone say that to me, so I didn’t know that it can be b.s.

So when I hung up the phone, I said to myself: if he can see that I can do it, then there is something he sees and I don’t… So what is it?

You see, asking the right questions is also a key to seeing a future different from the past.

I looked and looked. I suddenly saw that I had a lot of resources I was not taking advantage of. For example I could offer a special… That is what I did, and in three days I had the missing funds.

Of course you have to have a good product: selling something worthless at a special price won’t bring you sales.

This is the second thing that no one really teaches: you have to have resources.

I could whip up a sales pitch in a few minutes, because I had done it before, because I knew what I was doing.
I could set a price that was neither too desperate, nor too high.
I had a good product.
I had the time and the willingness to call my advertisers.
I sold the hell out of that special.

Without resources you are shit out of luck…

This is why I am pushing skills.

And one other thing:

One of my students, finally, followed the instructions to making energized water. Finally I say, because he was doing it his own way for months, and the water wasn’t energized.

So now his hydration is 30%. At 30% suddenly you feel alive, you are optimistic, and you have a “can do” attitude.

Without energy it won’t matter how many distinctions you know, or how many processes you have learned…

Energy, personal energy is one of the resources you you need to be able to see a future different from your past.

This is why your life is the way it is… lackluster. 5

If you haven’t: find out what is your cell hydration… without raising it you chances for success are very slim.

4 thoughts on “What tragedy happened to humanity at the beginning of the 20th Century?”