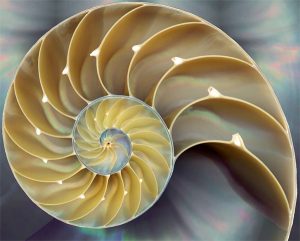 One such wise person was Ann Landers. Here are some of her quotes: all of them are profound, all of them are recognized patterns, based on the thousands of letters she answered in her long career.

“Anyone who believes the competitive spirit in America is dead has never been in a supermarket when the cashier opens another check-out line.”

“Asking a writer what he thinks about critics is like asking what a fire hydrant feels about dogs.”

“at every party there are two kinds of people – those who want to go home and those who don’t. the trouble is, they are usually married to each other.”


“Blessed are they who hold lively conversations with the helplessly mute, for they shall be called dentists.”

“Class is an aura of confidence that is being sure without being cocky. Class has nothing to do with money. Class never runs scared. It is self-discipline and self-knowledge. It’s the sure-footedness that comes with having proved you can meet life. ”

“Class never runs scared. It is sure-footed and confident. It can handle anything that comes along. Class has a sense of humor. It knows a good laugh is the best lubricant for oiling the machinery of human relations. Class never makes excuses. It takes its lumps and learns from past mistakes. Class knows that good manners are nothing more than a series of small, inconsequential sacrifices. Class bespeaks an aristocracy that has nothing to do with ancestors or money. Some wealthy “blue bloods” have no class, while individuals who are struggling to make ends meet are loaded with it. Class is real. It can’t be faked. Class never tried to build itself by tearing others down. Class is already up and need not strive to look better by making others look worse. Class can “walk with kings and keep it’s virtue and talk with crowds and keep the common touch.” Everyone is comfortable with the person who has class because that person is comfortable with himself. If you have class, you’ve got it made. If you don’t have class, no matter what else you have, it doesn’t make any difference.”

“Don’t accept your dog’s admiration as conclusive evidence that you are wonderful.”

“Don’t give up. Keep going. there is always a chance that you stumble onto something terrific. I have never heard of anyone stumbling over anything while he was sitting down”

“Expect trouble as an inevitable part of life and repeat to yourself; the most comforting words of all; ‘this, too, shall pass.'”

“Expect trouble as an inevitable part of life, and when it comes, hold your head high, look it squarely in the eye and say, ‘I will be bigger than you. You cannot defeat me.”

“Friends with benefits? More than friends? Don’t sample the goodies unless you’re willing to risk addiction and withdrawal.”

“Hanging onto resentment is letting someone you despise live rent-free in your head.”

“I have leveled with the girls – from Anchorage to Amarillo. I tell them that all marriages are happy, It’s the living together afterward that’s tough. I tell them that a good marriage is not a gift, It’s an achievement. that marriage is not for kids, It takes guts and maturity. It separates the men from the boys and the women from the girls. I tell them that marriage is tested daily by the ability to compromise. Its survival can depend on being smart enough to know what’s worth fighting about. Or making an issue of or even mentioning. Marriage is giving – and more important, it’s forgiving. And it is almost always the wife who must do these things. Then, as if that were not enough, she must be willing to forget what she forgave. Often that is the hardest part. Oh, I have leveled all right. If they don’t get my message, Buster, It’s because they don’t want to get it. Rose-colored glasses are never made in bifocals Because nobody wants to read the small print in dreams.”

“If I were asked to give what I consider the single most useful bit of advice for all humanity, it would be this: Expect trouble as an inevitable part of life, and when it comes, hold your head high. Look it squarely in the eye, and say, ‘I will be bigger than you. You cannot defeat me.”

“If you have love in your life it can make up for a great many things you lack. If you don’t have it, no matter what else there is, it’s not enough.”

“Inside every seventy-year-old is a thirty-five-year-old asking, ‘What happened?”

“It is not what you do for your children, but what you have taught them to do for themselves that will make them successful human beings.”

“Keep in mind that the true measure of an individual is how he treats a person who can do him absolutely no good.”

“Know when to tune out, if you listen to too much advice you may wind up making other people’s mistakes.”

“Love is friendship that has caught fire. It is quiet understanding, mutual confidence, sharing and forgiving. It is loyalty thru good times and bad. It settles for less than perfection and makes allowances for human weaknesses. Love is content with the present; it hopes for the future and it doesn’t brood over the past. It is the day-in and day out chronicles of irritations, problems, compromises, small disappointments, big victories and common goals. If you have love in your life, it can make up for a great many things that you lack. If you don’t have it, no matter what else is there, it isn’t enough..”

“Make somebody happy today: mind your own business”

“many people think that holding on and hanging in there are signs of great strength. But there are times when it takes much more strength to know when to let go – and then to do it.”

“No person who can read is ever successful at cleaning out an attic.”

“Nobody ever drowned in his own sweat.”

“Nobody gets to live life backward. Look ahead, that is where your future lies. ”

“Opportunities are usually disguised as hard work, so most people don’t recognize them.”

“People who drink to drown their sorrow should be told that sorrow knows how to swim.”

“Problems are inevitable. Misery is a choice.”

“Some women have the best husbands. Others make the best of the husbands they have.”

“Television has proved that people will look at anything rather than each other”.”

“The naked truth is always better than the best-dressed lie.”

“The trouble with talking too fast is you may say something you haven’t thought of yet.”

“Too many people today know the price of everything and the value of nothing.”

“When life’s problems seem overwhelming, look around and see what other people are coping with. You may consider yourself fortunate.”

and here is a link: https://www.quora.com/One-of-the-traits-of-intelligent-people-is-their-ability-to-recognize-patterns-How-does-one-acquire-the-skills-of-pattern-recognition