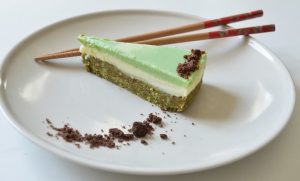 Many people tell me that I should not give it all away in articles, after all who is going to buy my stuff if I give away all the knowledge.

But the truth is, all the MIND knowledge we can ever have will never help us to live a better life, to be healthier, etc. Doctors are an unhealthy bunch, psychologists / psychiatrist are a wimpy bunch, energy healers come to me for healing…

Why? because the mind considers knowing, i.e. information sufficient… and …

As long as we identify yourself with the mind, we consider information/insight sufficient as well… But in life it isn’t sufficient… not by far.

Just look at weight: we all know what we should be doing, and we have known it for ever. We read, we learn… and yet the number of obese people is growing by the minute. Or worse than that, people losing and regaining the weight, hating themselves, and are totally POWERLESS… and they don’t know what they can do to become POWERFUL.

There is a difference between knowing and KNOWING.

Tell me: if your child told you that she didn’t need to practice driving, that she can take the drivers’ test without any practice (without ever sitting at the steering wheel) because ever since she can remember she has seen people driving… and that’s enough, would you let her go through with the test? No? What is the difference between driving a car (safely and well) and learning new ways to live? Not much, I assert.

We can watch Donald Trump, Stephen Spielberg, or any public figure and think that we could do it too… and we do think that.

How many times have I heard people say: I went to the same school as X (name successful person of your own), had the same grades even, and yet they are successful and I am not… I can’t see anything that they do that I can’t do.

And even if we could see what they do, or how they do it differently than us, would we be able to be like them? Probably not.

What is at the root of success or failure isn’t on the surface. It isn’t visible. And even if it were, we would be blind to it, like the natives were blind to the ships of the conquistadors.

I have run out of thrillers… or maybe I decided that i could learn something from non-fiction, if not for myself, for my students.

So I am reading a book: Never Binge Again. Brilliant… tedious to read, but brilliant nevertheless.

It is about some simple and yet unknown distinctions and behaviors, that are as rare in humans as are Mount Everests in nature… Drawing a line in the sand, commitment, being able to tell self from your “gremlin”, your machine, or as he calls it “The Pig”… Being able to say “NEVER”.

Most of my students are on the level of trying to say “no”… they are millions of miles from saying “never”.

And understanding the differences won’t make any difference at all, because the mind, the organ of understanding, is on the surface of who you are, so it can’t help.

So how do we get from the surface to the depth where the important parts of who we are, so we can, finally, make some lasting changes in our life?

If understanding doesn’t help, then what will?

As a true empath I am able to see deeper than most any human. I am dedicated to dig up and dig out all the inner levers and dials of the human condition. I make my students do work, work that is not mental but practical, so they can actually start and move on our path of becoming a human being, instead of continuing being a human mind-machine.

That is what is called “an Expanding Human Being” and it is the corner stone, the fundamental missing from becoming who we were meant to be, according to the Original Design.

You see the Original Design meant for us to be powerful… but machines aren’t. The sentient being, you, entrapped in the machine feels jerked left and jerked right… there is no power for the being in the machine. Only outside of it.

At this point the machine has  you. You can’t get rid of the machine, but you can HAVE it, manage it, and start having power.

In 2013 people came and worked with me free for about two hours on one of my free webinars, and saw that even just those two hours created a tiny break in the impenetrable shield of the depth from where all good things come.

They found out what’s the irresistible urge to perpetuate the miserable machine that always leaves you unsatisfied, unhappy, unloved and uncared for, insignificant and the opposite of what you intended.

You can buy the recordings of those webinars.

Once you see that mechanism and what is driving it, you’ll want to come and have the process done with you personally, one-on-one, or in the Playground, because you’ll see that suddenly life can start to feel good. At least that is the feedback from people who have come before you.

There is an additional benefit, that you probably can’t see yet, but once you master this process, the Dark Side thought and negative emotion transmissions will leave you largely untouched. Procrastination will be an issue of the past. Because you’ll know who you are, you’ll have drawn a line in the sand, you’ll have said “NEVER”, and have committed to a future that is now IMPOSSIBLE.

Listen to this article