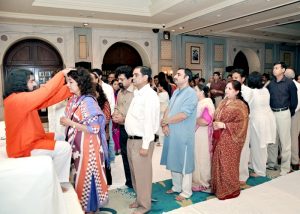 Every offer for something instant is a fraud. In every area of life… spirituality, health, weight, tinnitus, hair loss, erectile dysfunction, business, marketing, traffic, success, everything. But…

You flock to them. The main reason you come to my site is to find the “right guru” for you… The right instant solution.

17 years ago I met a guy and we started dating. He was weird, he did hands-on energies, spoke with a breathy voice, and had a guru. He told me that you don’t choose your guru, your guru chooses you. He talked about shaktipat… where the guru touches you with a peacock feather and your kundalini rises and you have an instant enlightenment. He drank, took drugs, meditated, spent hundreds of thousands of dollars on energy attunements… I told you he was weird.

But he was influential to my evolution.

Through him I found out that I was an empath. He said clairsensar, but when I told that to people they didn’t understand… but empath, it seems most people know what it is… so be it, I’ll call myself an empath…

He told everyone how smart I was… I was a trophy girl friend, raised his standing in the world. Of course he was sure he was smarter.

He had… ok, let me not get ahead of myself. This article is what I found out about him. 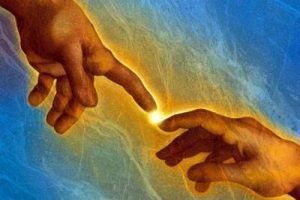 Yesterday I learned that the answer was actually in my hands three years ago… I had it in my hands but I could not hear it. I republished the article with that answer… even though it makes me look really bad that I could not see it. 🙁

Yet, publishing, republishing is the right action.

The article was about the two mindsets, the fixed mindset and the growth mindset.

Fixed mindset, a mind-bug, is what is predominant in society with parents calling their children alternatively smart or stupid… pretty or ugly. 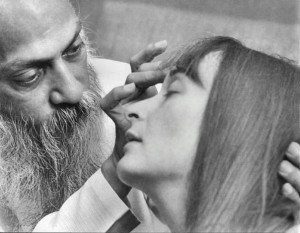 My mother had the fixed mindset, my father had the growth mindset. My mother called me stupid, and other names that don’t bear to be seen in a respectable publication… lol. She was an underachiever with two masters degrees. She was unhappy.

Parents often say to their children: you can become anything you want, but never say how, and why. Why don’t they? Because they don’t know, but more importantly, they don’t believe. My mother was mighty surprised at my success in life… 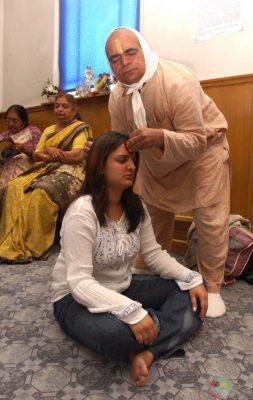 My brothers know that “we are blunt and rude”… That is how we are… lol.

What you don’t know is that knowing all that is the death of you. The source of your misery. Because now you have to remain that way.

If you think that there is a fixed you… a self-image, self-concept, you’ll protect it at all cost. Justify it. You’ll also refuse to do anything that the fixed you can’t do, shouldn’t do.

You’ll do every personality test to find out how you are, who you are. Get more and more certainty. You’ll send for my Starting Point Measurements, and hate me forever for it. lol. I am not supposed to rain on your parade!

You are a fixed thing with fixed qualities… and every feedback rattles your cage. Every time someone tells you something about yourself: you are now upvalued or devalued, so you hide yourself from any opportunity or any chance to be evaluated. You are shrinking… and you are miserable.

You think that if more people found you charming, smart, brilliant, irresistible, pretty, a winner… then you would be happier. But you are mistaken… You would be even more miserable… after the momentary drug-like high of the flattery.

I shared what I learned about the fixed mindset and the growth mindset yesterday with some people, and I got creamed. 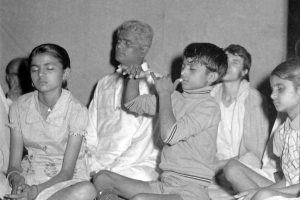 The guys fought me tooth and nail… that their IQ is set. That no one can raise their IQ. For most people IQ stands for smartness, for their chances for success, but these guys, near 70, like myself, had a life to prove that they weren’t smart… Finding out that they could have become smarter is invalidating their whole life.

And you may feel the same way. You prefer to continue the way you have been, with fixed IQ and a fixed mindset, to avoid having been wrong.

Being wrong is the worst nightmare of a fixed mindset person. Unconfrontable. Feels like dethroning… It’s like public humiliation. It’s like pulling your pants off in front of others…

Returning to the gurus and their reason to offer instant enlightenment…

Because nearly only fixed mindset people go to gurus, the gurus know what someone with a fixed mindset wants, craves, hopes for… and they oblige. They promise it to him or her.

Instant this or that.

You offer a process where you have to work, effort, experiment to produce the result you crave… a fixed mindset person is turned off by that and won’t pay you a dime.

But those are only helpers. Ultimately you do the work… Only someone who is doing the work can be helped.

Even the bible says, I think: Help yourself and god will help you.

You need no god, but you do need help, I say.

For many years I was stuck in one world, architecture, and I grew more and more unhappy. I changed countries, but inside: nothing changed.

Inside that limited world there was no happiness for me, because inside that world nothing that was happening to me made any sense… or the sense it made, that I was insane, sick, wasn’t to my liking.

Then came my 26 years of Landmark participation, then Kabbalah, then energy systems, then Pam Ragland’s quantum mind sweeping, or whatever it’s called, Bach Flower energies, numerology, then my own work…

Words that set me free

The fact that three years ago I could not hear it… is very interesting. I think that what changed me to be able to hear it this time was my practice to listen to the 67 steps, and observe my own letting go of the fixed mindset in many areas, especially about being smart and stupid as the most important thing in life…

And the 67 steps helped me observe many of my students resisting doing anything that would make them look bad, or find out about themselves anything.

Without this new vocabulary word (distinction) I wasn’t able to diagnose what was holding them back, and wasn’t able to help them overcome whatever that was.

One of the symptoms I saw was them feeling “it isn’t worth it” or “it won’t matter” if they do anything or not.

The fixed mindset students are either sloppy or casual about energizing their water or eating only foods compatible with their body. Their health isn’t getting better.

But symptoms, fixing symptoms, won’t help… only finding the cause… and I was frustrated, tearing my hair out.

The second symptom was: will they take steps towards what they want or not… And none of them did. They may have taken many steps, but none in the direction of their chosen goal. Taking steps towards what really mattered to them: that they avoided at all cost.

I used to be like that… I was afraid to find out that I can’t have it, because I didn’t have what it took. Fixed mindset. So I didn’t do anything… and kept the dream as a dream.

Having a growth mindset is very different from a fixed mindset. 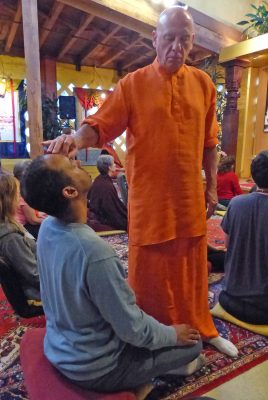 In the fixed mindset you believe that there is a straight and obvious path to what you want. If you have what it takes, then it will come to you. (Manifesting?) If you don’t… well… you know, you’ll never get there. Or better yet, don’t even try. 1

The growth mindset considers the journey, the discovery, the challenges life, and the results, the destination only secondary.

Also my view of some people is quite fixed… sigh… To me changing this is more important than money.

I have read about, watched movies about extraordinary teachers.

They were inspiring, but none of those offered access to being like those teachers. There was NO vocabulary word. Instead: I saw that they were special. They had it. And I didn’t.

None of them said: “I have a growth mindset about my students, and you have a fixed mindset… That is the only difference between us.”

And they could have said: just knowing those words will alter your world view. And then you can practice and grow towards the growth mindset, and allow everyone you teach to grow in your care.

They didn’t say it, and i didn’t know it. 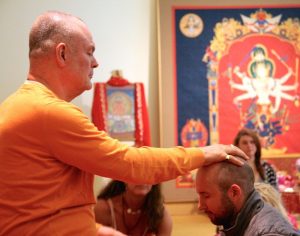 In the Starting Point Measurements I offer, one of the measures is: “How many words are in your vocabulary that you can use correctly, where the word accurately reflects reality”.

This is one of the non-fixed aspects of a human. Of you. Of me. The number of words. The size of your world.

Let’s say the world is 100… and your vocabulary is 30… 70% of what would allow you to navigate the world towards the good life, a life worth living, is missing from your vocabulary… and unless you learn new words that open up new worlds, you are stuck in your miserable existence.

No one who is already happy is ever reading my blog. Everyone reads it because something is missing. 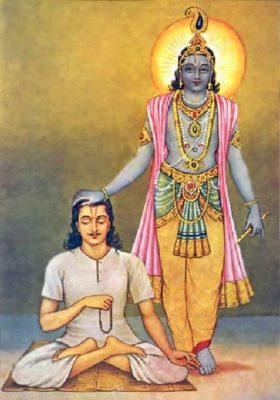 Nothing wrong with that… I am writing my blog to people who are like me: something is missing and you can be lead to it.

Of course, if you have the fixed mindset dominating in your world view, you’ll be more interested in the gossipy stuff, the vibrational reviews.

Before you can really benefit from what I have to say, you should make it your priority to move your mindset towards the growth mindset.

I have been, and I am still doing it.

And as I am increasing my willingness, as I am growing my capacity to be OK with uncertainty (HARD!), my intelligence grows, including my IQ, my effectiveness, and my enjoyment of life, of people, of my days.

Who would have thought that! lol.

PS: I used to call people who fell for anything instant “stupid”. It didn’t help me helping them at all. In my fixed mindset view they could not be helped.

With this new word “fixed mindset” I can see that inside that fixed mindset only heavenly interference will every be able to change that is fixed to something new that is also fixed.

It is a horrible affliction, and not in alignment with Life, the Tree of Life… it was taught to you. Why? because in the growth mindset you will become too smart to be duped, to be held down, to be enslaved. That’s why.

PPS: In Landmark there was a seminar talking about the myths of I and is… Had Landmark known these distinctions, fixed mindset, growth mindset, there would be, potentially, millions of people more with the growth mindset. And humanity would be heading towards living in freedom. Personal freedom.