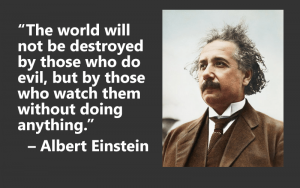 I got a comment this morning on my article about the Mind Movies. Of course I am knocking the program and its creator.

The commenter says: Stop being an asshole and a bully. Promote your products without discrediting others.

But the principle: The Only Thing Necessary for the Triumph of Evil is that Good Men Do Nothing is also true about useless crap. You become part of evil when you remain silent

Why is the vibration of gurus so low? Why is their teaching ineffective? 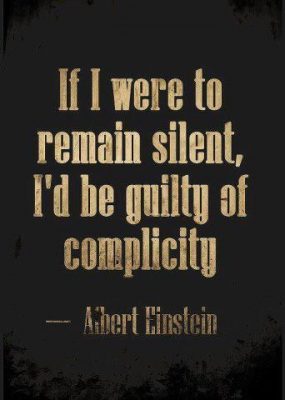 There are two ways to everything including the approach to life, one is effective, the other is not. One is wandering and aimless musings, the other one is astute, powerful, and makes short job of the most complicated issues. 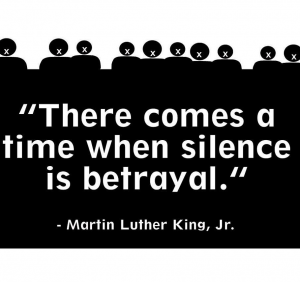 The other day I did a complementary workshop on solving issues with a mindmap… solving begins with seeing clearly. If you can’t do it in your head, you need to find a place to lay it out, so you can see it like a map.

You have probably heard of the famous amateur sleuth, Sherlock Holmes. He would look at a person, and reliably tell a dozen unique things about them after a few seconds of observation. You can’t tell the same after observing them for an hour, maybe even after living with them for a lifetime.

What allows a Sherlock Holmes to come away with valid conclusions is distinctions. Distinctions are the building block of reality.

We could even say: distinctions are the vocabulary of reality. The Sherlock Holmes type of observation comes naturally to me: that is how my “machine” works: he works with distinctions. Distinctions are what is missing from all the gurus’ approach to life and teaching.

In the TV series, Lie To Me, the scientist looks at a face and knows exactly what they are hiding. I do the same by identifying the feelings and the observable bahavior of the person. Exactly. We are consciously competent. The “natural” in the same TV series is mostly accurate, but has no idea why… she just knows, she is competent, but unconsciously so.

Unconsciously competent people are asked what is their secret, and they spew nonsense… and everyone says hoo and ha, but nonsense doesn’t make life work. Unless you have the distinction… you misunderstand.

When you are consciously competent, you can expand your area of competence at will: you have the approach and the methodology consciously, and you can expand it to money, to health, to relationships, to spiritual ascension… whatever direction you want to expand you’ll be effective at it. 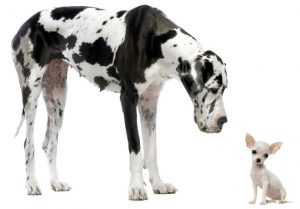 So what’s the difference between a “scientist” and a “natural”?

The scientist has distinctions. The natural, on the other hand, doesn’t have the approach, the process, only the result. They will not be able to expand to areas of life where they are not “natural” and, for the most part, their lives doesn’t work outside of their narrow expertise.

Even a blind squirrel finds a nut… here and there…

Talking about squirrels. Hungarian men often call their mate squirrel, as an endearment… In my neck of the woods squirrels count as pests… They raid the garbage, dig out your plants, even from pots, chew on the phone lines… make entire garbage cans move as if some ghost lived in it. 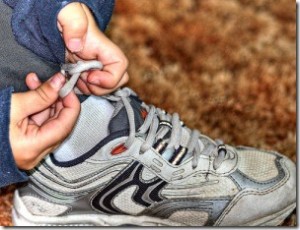 Unconscious competence is like being able to tie your shoe laces, but only the shoe you already know. With a new pair they need to start learning again. They haven’t grasped the essence of the thing… the essence that is the same for every shoe, every purse, ever door, everything that can be closed. The distinction.

It happened to them. It came to them…

About ten years ago I started to teach people to transform their lives (before that I was a coach, mainly, coaching people who were trained, yet didn’t have a handle on their lives or some aspect of it, like their business). I started to train this approach, the approach of the scientist, the distinctions, the key ingredients to power over your own life, emotions, relationships, your money… your ultimate fate.

I didn’t realize that getting this key approach is not within the easy grasp of most people: in education, in our approach to life, we were taught by our parents, we learned the exact opposite way, the ineffective way, that gives all our power away. Teachers can’t teach what they themselves don’t possess.

The life of one who lives life utilizing this missing ingredient (the Sherlock Holmes type of observation, distinctions) lives with clarity and purpose, but their life is pure frustration when they find themselves dealing with people who grew up with this backwards way of learning and viewing life, the “normal” way of the world.

The normal way of the world is descriptive language… no distinctions This has been my life’s story, utter amazement and frustration, and all the more so since I have been trying, in vain, to reverse people’s approach to life. And yet, I can’t give up, because this is the “job” I have gotten from the Universe: to get those who are able to grasp this reverse order straighten out their perception and their methods of approaching life.

Life and the ultimate causes of our misery have been slowly revealing themselves to me: I am allowed to see only as much as I can handle without breaking, without descending to madness or depression, or worse.

It is still clear that my job is to train the small fragment of population that will make it to human being stage… the thousand years of peace. But without substantial training, without sharpening their minds, becoming astute, they won’t make it.

So, I am plugging away, teaching whoever is willing to expose themselves to being taught, while I am more and more frustrated. But I need to teach the ones who are willing, even if they will never learn it. In my efforts of teaching the blind to see, I am developing techniques that will be laser sharp.

Is it by design, or is it by fate?

I don’t know. But upon looking at the books that have taught me so much, that have opened my eyes to pieces of the puzzle, were all written by linear minds not in the possession of this power tool. The authors were not wielding this direct method of approaching the invisible connections in life, their teachings truth value was low, and yet all bits of truth come into focus and start making sense to me.

Without the scientific method, they interpret what they see, they make up likely stories, compare them to other things… in order to have a sense that they grasped what’s in front of them… This is the main reason most teachers I test test very low on the truth scale: they have more story than truth. We could say there is a smidgen of truth in their tales.

This is in every area of life. Today, more than in any time before ours, it is easy to posture as a teacher, and spew nonsense.

Nonsense, great stories are fodder for the unthinking. Very seductive.

Teacher, something happened to them, in business, spiritually, healthwise, and now they want to teach it, to make money… of course. Nothing wrong with that… But..

The teaching, when someone attempts to follow, doesn’t produce result. Why? because neither the teacher nor the ‘learner’ had the distinctions that made it work for the teacher… it was happenstance. It happened to him or her. Riches, love, 6pack abs… whatever.

I have a little dinky, underpriced product, called the 53 invisibles.  70 distinctions packed in 53 videos. Nearly everything you need to ascend, to raise your vibration, if you could get it not as a story, not as a description, but as the building blocks, as the steps of reality, as distinctions.

That is why the product is priced so low: value is in the eyes of the beholder… and if you can only glean $100 from a priceless product, then it has to be $100… not more. That is the value you can get… with what you got.

The same is true with my What’s the Truth about you, What’s missing workshop. For the person with the cutting intelligence, it is worth thousands of dollars in just a few months of time. Priceless over a lifetime.

But for the descriptive language, trying to solve issues in their head crowd, summoning support from equally equipped family and friends… it has to be free… a few hours of self-examination. A few hours of attention from me.

In an auditorium of about 500 people there was me and another dude who got it the distinction of 2… And getting it isn’t even the point. It is still, maybe, unconscious competence… To be able to use it is the bigger challenge.

And, unfortunately to you, I teach distinctions. In my articles, in my Sunday Rant, where I share my own processes, without any intention to teach them, in my Playground where I attempt to take people all the way, everywhere.

So given your level of astuteness, I invite you to have a self-examination good time with me this Saturday. I can’t promise you transformation, unless you are capable of transformation.

Source says I haven’t failed. Why? because my job was to map out the process… But I think my next steps will be to make people smarter. Ugh… can I do it?

If you want to come to the workshop, you need to have your Starting Point Measurements done… If you have, here is the link

If you haven’t… get them done. The last number is the astuteness number is relative to your brain power, the potential. My hunch is: even if you have the astuteness of a 100 IQ person, distinctions are likely still out of your league. We’ll test it in the Playground. 80% of my Playground participants have a 100 IQ. One even has 110. The results: we shall see.

Astuteness is a DNA capacity.

1 thought on “The Scientific Approach to Ascension. Our IQ is dropping…”